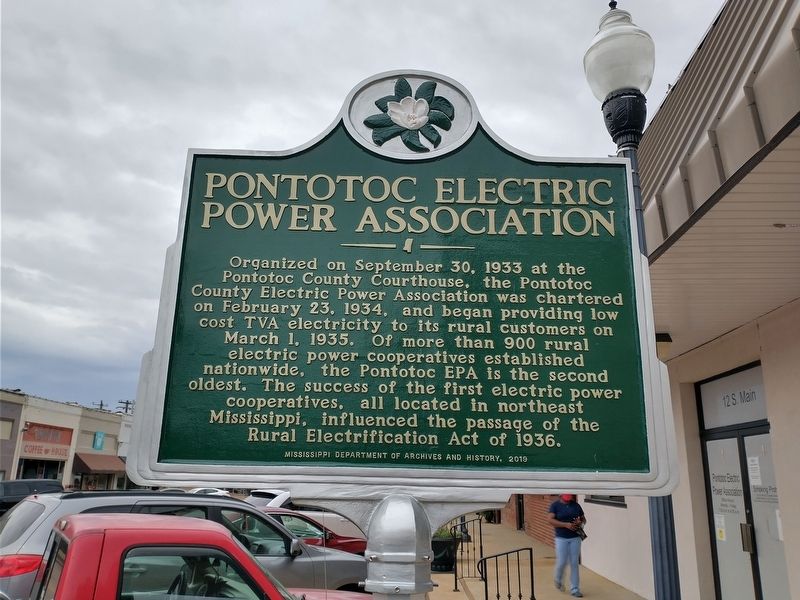 Organized on September 30, 1933 at the Pontotoc County Courthouse, the Pontotoc County Electric Power Association was chartered on February 23, 1934, and began providing low cost TVA electricity to its rural customers on March 1, 1935. Of more than 900 rural electric power cooperatives established nationwide, the Pontotoc EPA is the second oldest. The success of the first electric power cooperatives, all located in northeast Mississippi, influenced the passage of the Rural Electrification Act of 1936.

Erected 2019 by Mississippi Department of Archives and History.

Topics. This historical marker is listed in this topic list: Industry & Commerce. A significant historical date for this entry is February 23, 1934.

Other nearby markers. At least 8 other markers are within walking distance of this marker. Pontotoc Creek Treaty (about 300 feet away, measured in a direct line); Pontotoc County Blues 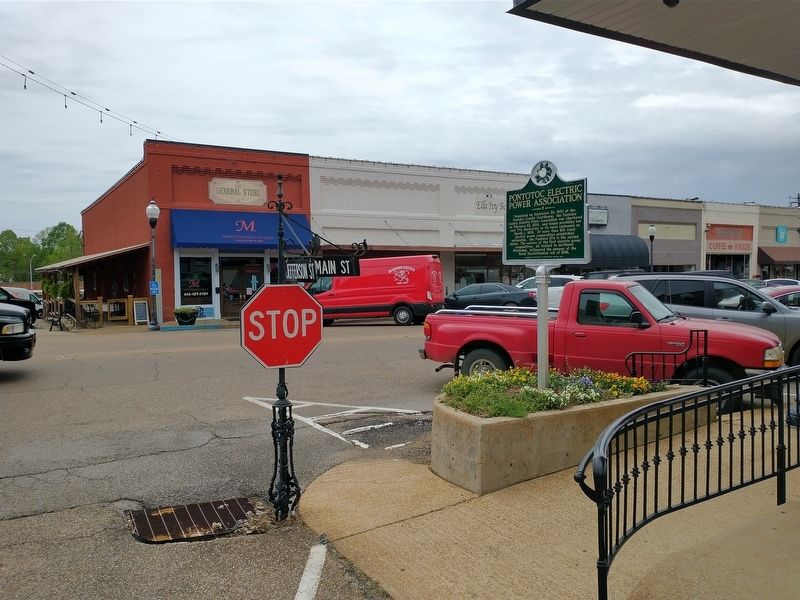