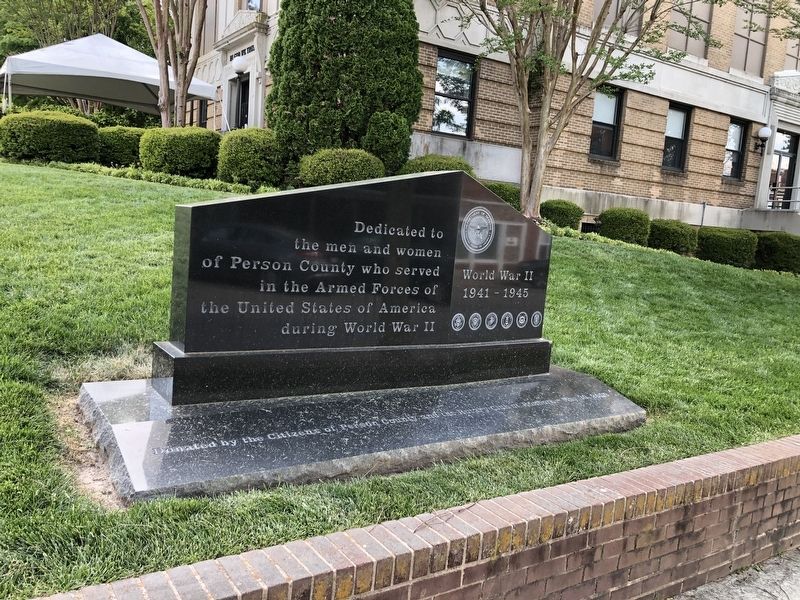 Erected 2009 by the Citizens of Person County and the Rotary Club of Roxboro.