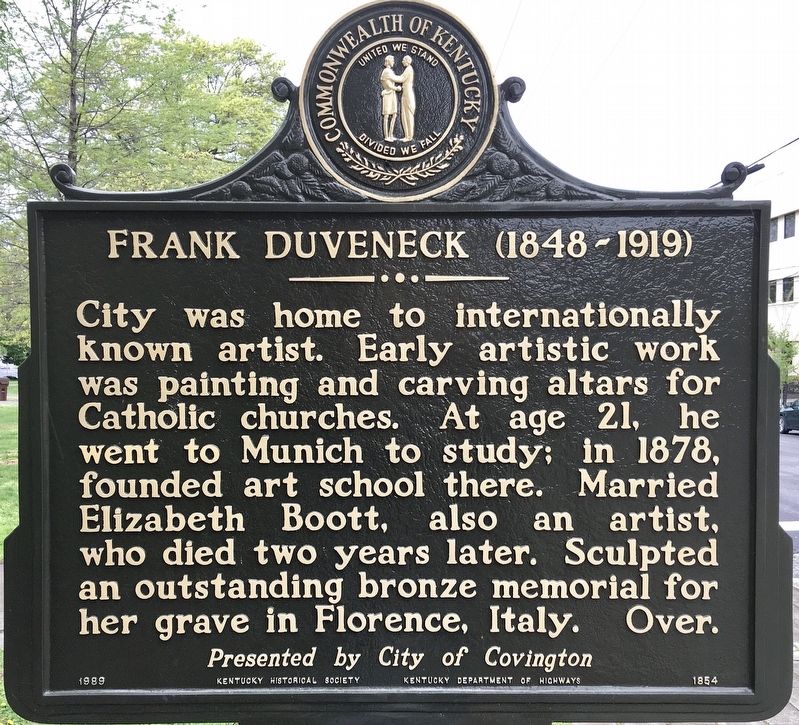 City was home to internationally known artist. Early artistic work was painting and carving altars for Catholic churches. At age 21, he went to Munich to study; in 1878, founded art school there. Married Elizabeth Boott, also an artist, who died two years later. Sculpted an outstanding bronze memorial for her grave in Florence, Italy.

Topics and series. This historical marker is listed in these topic lists: Arts, Letters, Music • Education. In addition, it is included in the Kentucky Historical Society series list. A significant historical year for this entry is 1878. 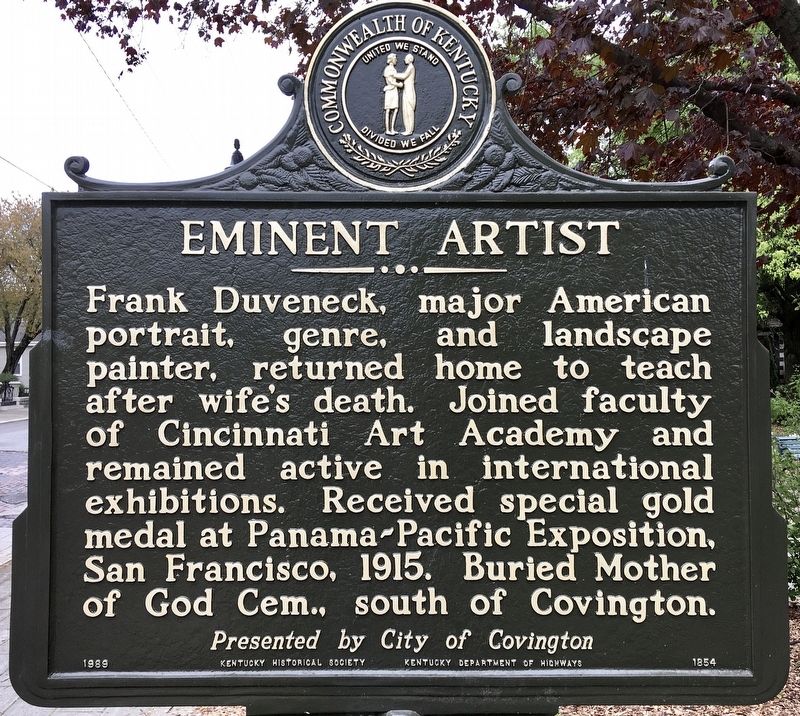 Click or scan to see
this page online
31.209′ W. Marker is in Covington, Kentucky, in Kenton County. Marker is on Philadelphia Street just south of 5th Street, on the right when traveling south. Touch for map. Marker is at or near this postal address: 501 Philadelphia St, Covington KY 41011, United States of America. Touch for directions. 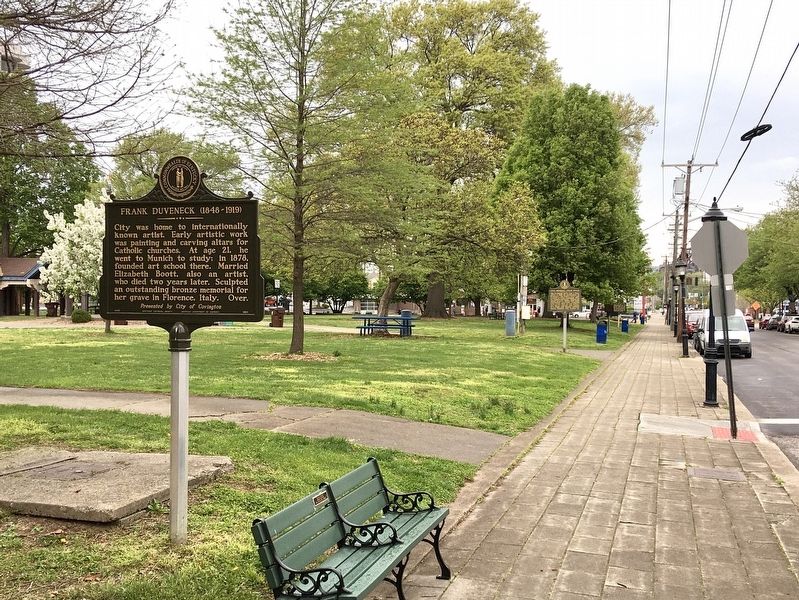