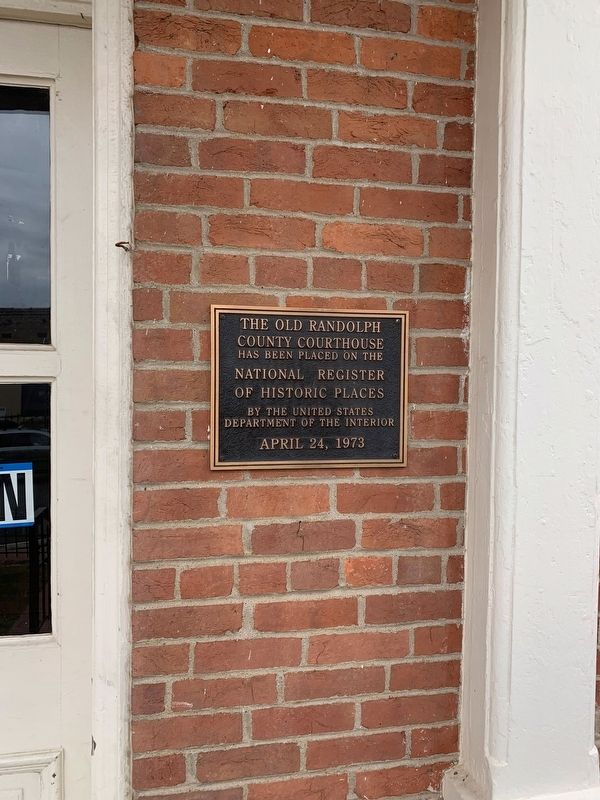 The Old Randolph County Courthouse has been placed on the National Register of Historic Places By the United States Department of the Interior April 24, 1973.

Topics. This historical marker is listed in these topic lists: Architecture • Government & Politics. A significant historical date for this entry is April 24, 1973.

Location. 36° 15.688′ N, 90° 58.209′ W. Marker is in Pocahontas, Arkansas, in Randolph County. Marker is on East Everett Street just west of North Bettis Street, on the left when traveling west. Touch for map. Marker is at or near this postal address: 107 E Everett St, Pocahontas AR 72455, United States of America. Touch for directions.