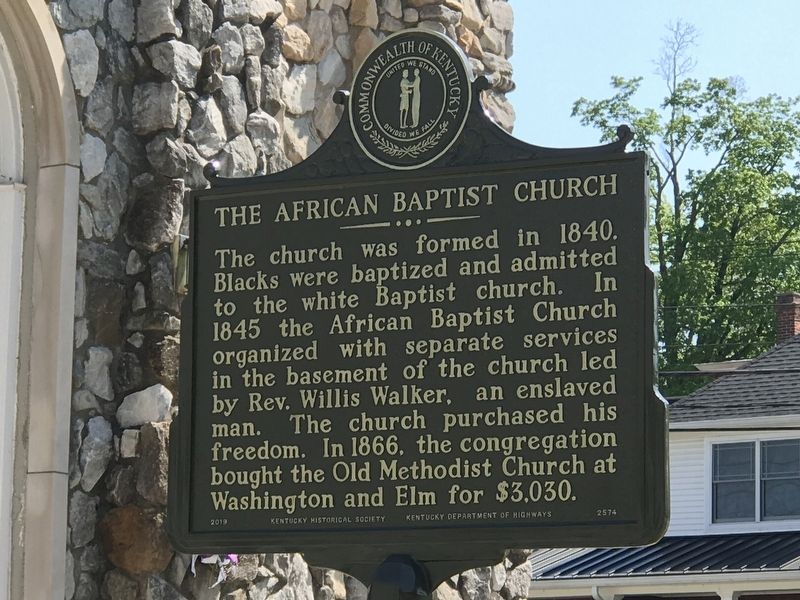 The church was formed in 1840. Blacks Were baptized and admitted to the white Baptist church. In 1845 the African Baptist Church organized with separate services in the basement of the church led by Rev. Willis Walker, an enslaved man. The church purchased his freedom. In 1866, the congregation bought the Old Methodist Church at Washington and Elm for $3,030.

The African Baptist Church, now known as First Missionary Baptist Church, has been in continuous operation as a place of worship primarily for African Americans at the same location since 1866. The church has endured and strives to maintain spiritual leadership in the Henderson community.

Topics and series. This historical marker is listed in these topic lists: African Americans • Churches & Religion. In addition, it is included in the Kentucky Historical Society series list. A significant historical year for this entry is 1840. 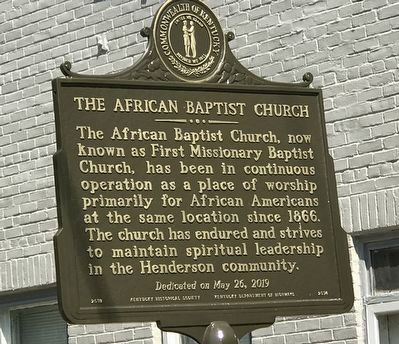 By Duane and Tracy Marsteller, April 25, 2021
2. The African Baptist Church Marker (Side B) 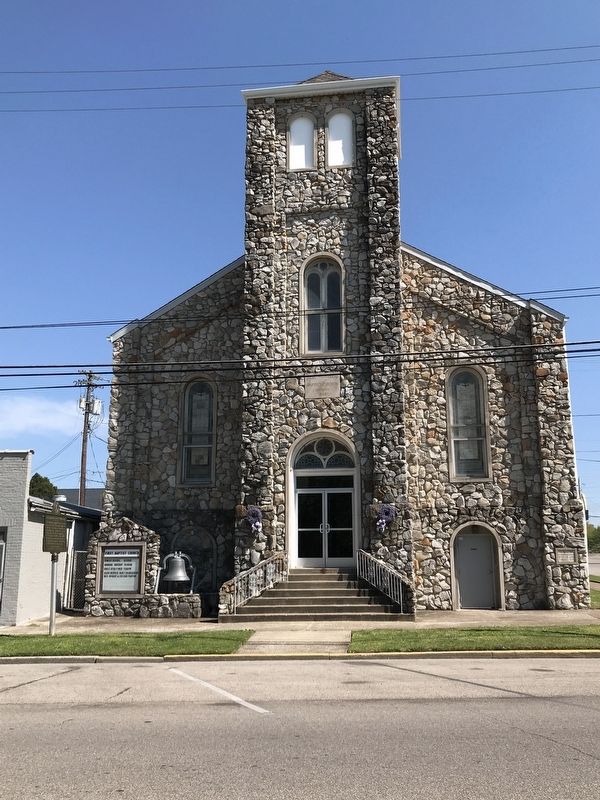