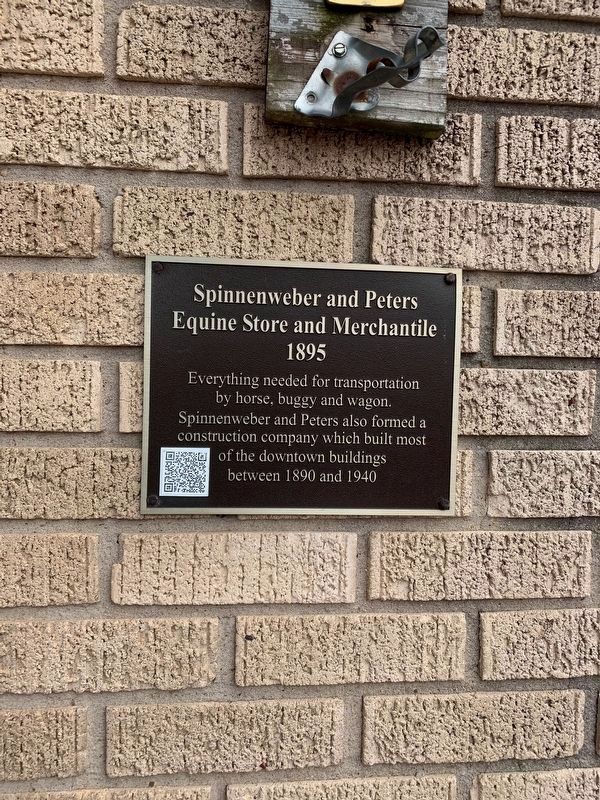 Everything needed for transportation by horse, buggy and wagon. Spinnenweber and Peters also formed a construction company which built most of the downtown buildings between 1890 and 1940.

Topics. This historical marker is listed in this topic list: Industry & Commerce. A significant historical year for this entry is 1895.

Editor’s want-list for this marker. A wide shot of the marker in context and a photo of the building (can be the same photo). • Can you help?
Share This Page.