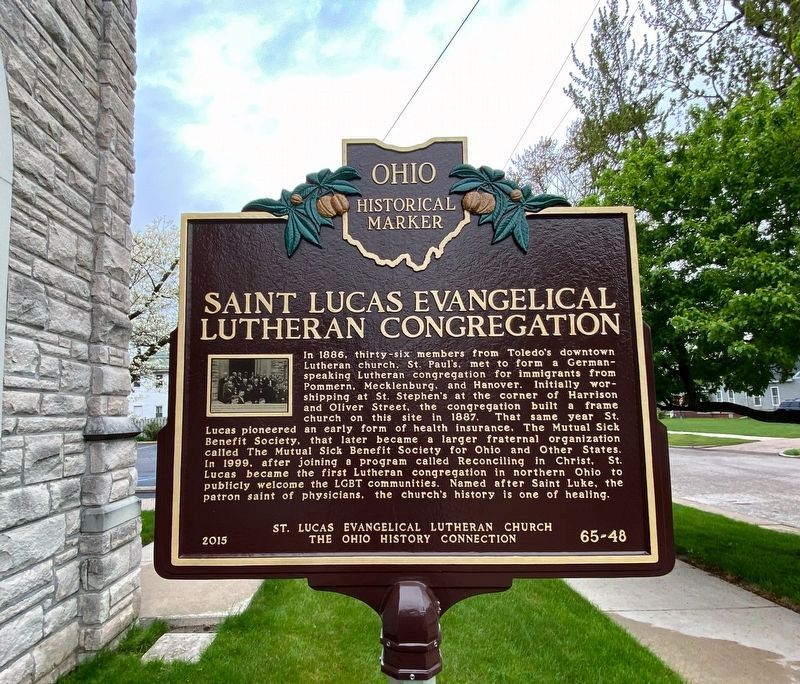 Saint Lucas Evangelical Lutheran Congregation
In 1886, thirty-six members from Toledo's downtown Lutheran church, St. Paul's, met to form a German-speaking Lutheran congregation for immigrants from Pommern, Mecklenburg and Hanover. Initially worshipping at St. Stephen's at the corner of Harrison and Oliver Street, the congregation built a frame church on this site in 1887. That same year St. Lucas pioneered an early form of health insurance, The Mutual Sick Benefit Society, that later became a larger fraternal organization called The Mutual Sick Benefit Society for Ohio and Other States. In 1999, after joining a program called Reconciling in Christ, St. Lucas became the first Lutheran congregation in northern Ohio to publicly welcome the LGBT communities. Named after Saint Luke, the patron saint of physicians, the church's history is one of healing. 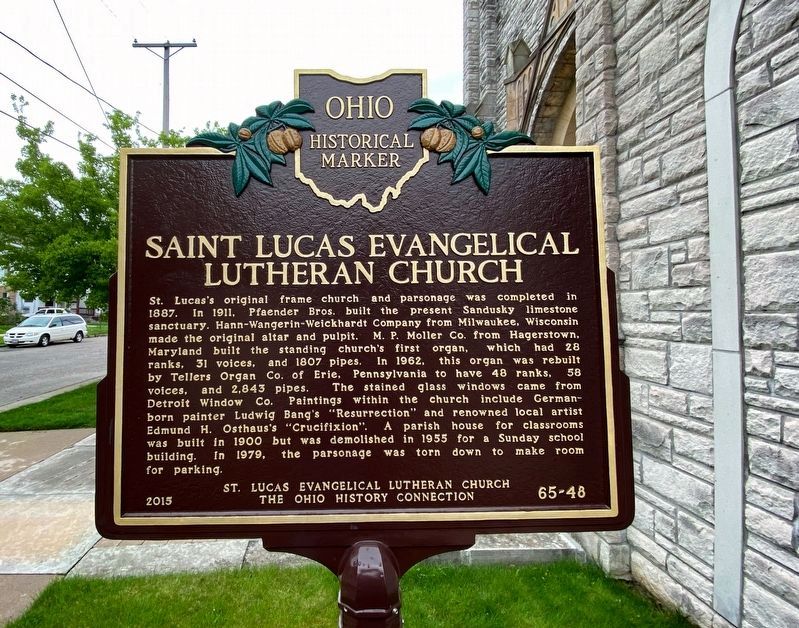 Click or scan to see
this page online
altar and pulpit. M.P. Moller Co. from Hagerstown, Maryland built the standing church's first organ, which had 28 ranks, 31 voices and 1,807 pipes. In 1962, this organ was rebuilt by Tellers Organ Co. of Erie, Pennsylvania to have 48 ranks, 58 voices and 2,843 pipes. The stained glass windows came from Detroit Window Co. Paintings within the church include German-born painter Ludwig Bang's "Resurrection" and renowned local artist Edmund H. Osthaus's "Crucifixion." A parish house for classrooms was built in 1900 but was demolished in 1955 for a Sunday school building. In 1979, the parsonage was torn down to make room for parking.

Topics and series. This historical marker is listed in these topic lists: Churches & Religion • Settlements & Settlers. In addition, it is included in the Ohio Historical Society / The Ohio History Connection series list. A significant historical year for this entry is 1887. 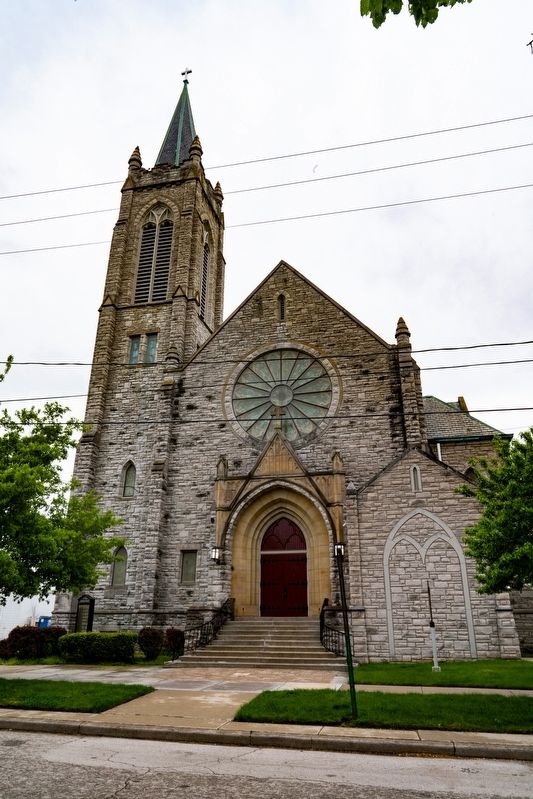