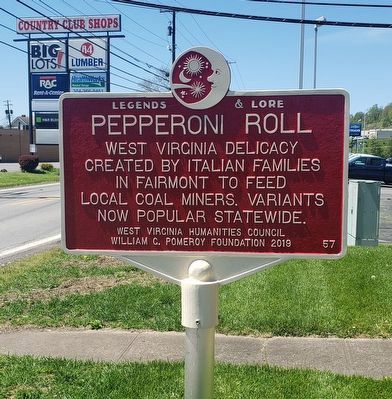 Topics and series. This historical marker is listed in these topic lists: Industry & Commerce • Settlements & Settlers. In addition, it is included in the William G. Pomeroy Foundation Legends & Lore Series series list. 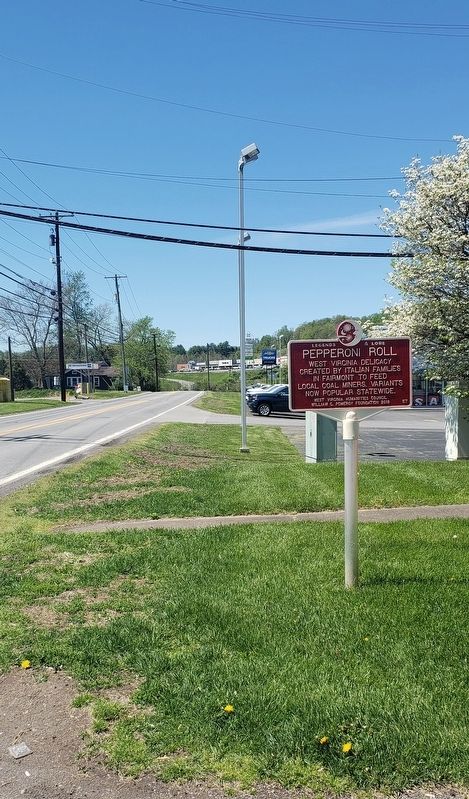 The pepperoni roll was first sold by Giuseppe "Joseph" Argiro at the Country Club Bakery in Fairmont, West Virginia, in 1927. The rolls originated as a lunch option for the coal miners of north-central West Virginia in the first half of the 20th century. Pepperoni rolls do not need to be refrigerated for storage and could readily be packed for lunch by miners. Pepperoni and other Italian foods became popular in north-central West Virginia in the early 20th century, when the booming mines and railroads attracted many immigrants from Italy. The pepperoni roll bears a resemblance to the pasty and sausage roll, which originated in the mining communities of Great Britain, as well as the Italian calzone. 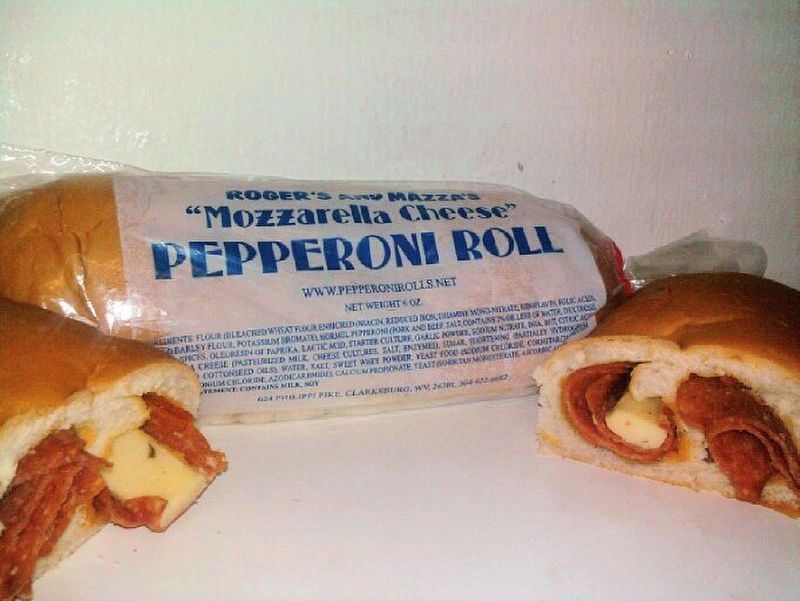