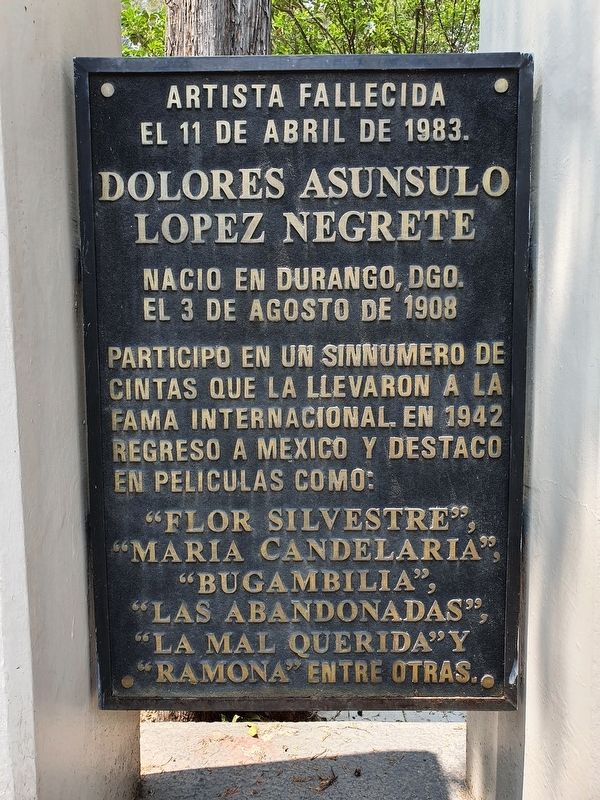 By J. Makali Bruton, April 30, 2021
1. Dolores Asúnsolo López Negrete Marker
Inscription.
English translation: , Dolores Asúnsolo López Negrete , The artist died on April 11, 1983. , She was born in Durango, Durango on August 3, 1908, She participated in countless films that brought her to international fame. In 1942 she returned to Mexico and excelled in films such as:, "Wild Flower" · "Maria Candelaria" · "Bugambilia" · "The Abandoned" · "The Unloved Woman" and "Ramona," among others. . This historical marker is in Colonia Extremadura Insurgentes Ciudad de México Mexico