Standard of the French Republic

Fifth flag to fly over Oklahoma 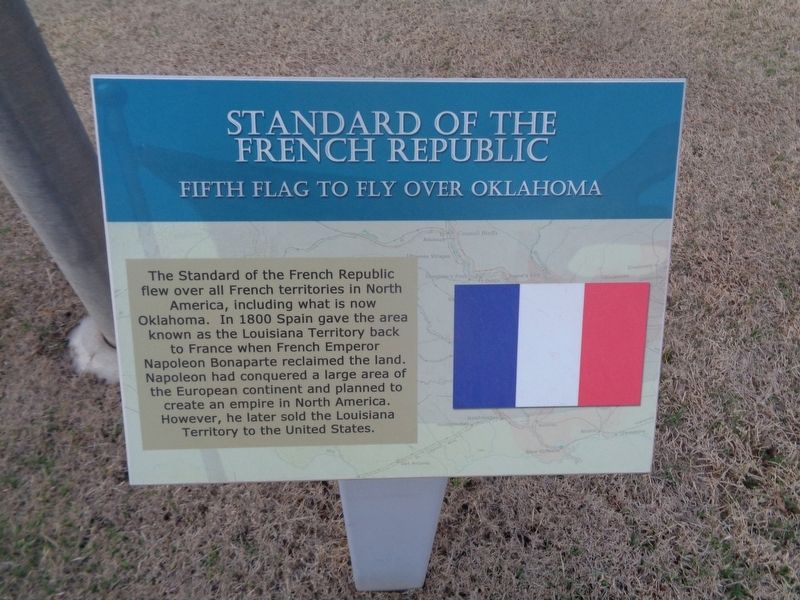 The Standard of the French Republic flew over all French territories in North America, including what is now Oklahoma. In 1800 Spain gave the area known as the Louisiana Territory back to France when French Emperor Napoleon Bonaparte reclaimed the land. Napoleon had conquered a large area of the European continent and planned to create an empire in North America. However, he later sold the Louisiana Territory to the United States.

Topics. This historical marker is listed in this topic list: Settlements & Settlers. A significant historical year for this entry is 1800. 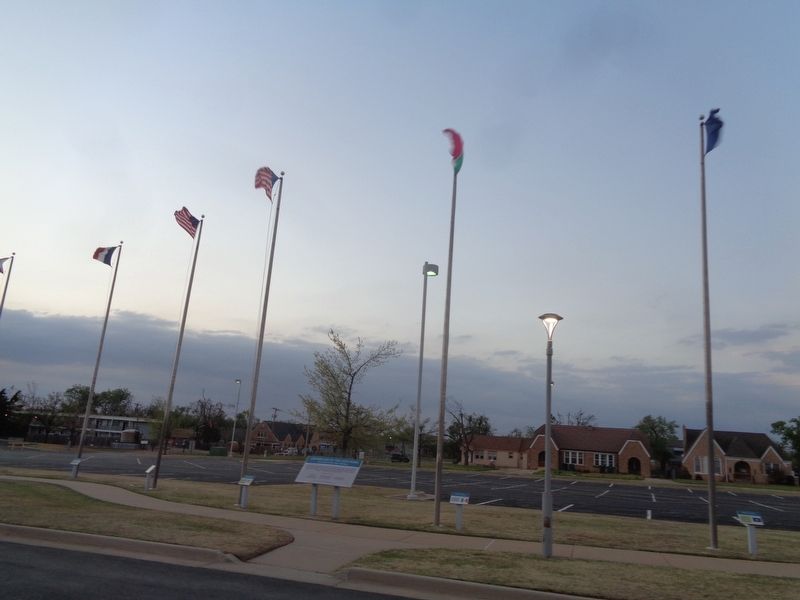 By Jason Voigt, April 9, 2021
2. Standard of the French Republic Marker
Marker is the first one on the left, under its flag

More about this marker. Marker (and flag) are part of the exterior exhibit, "14 Flags Over Oklahoma", which was sponsored by OGE (Oklahoma Gas & Electric) Energy Corp. This is the fifth in chronological order. 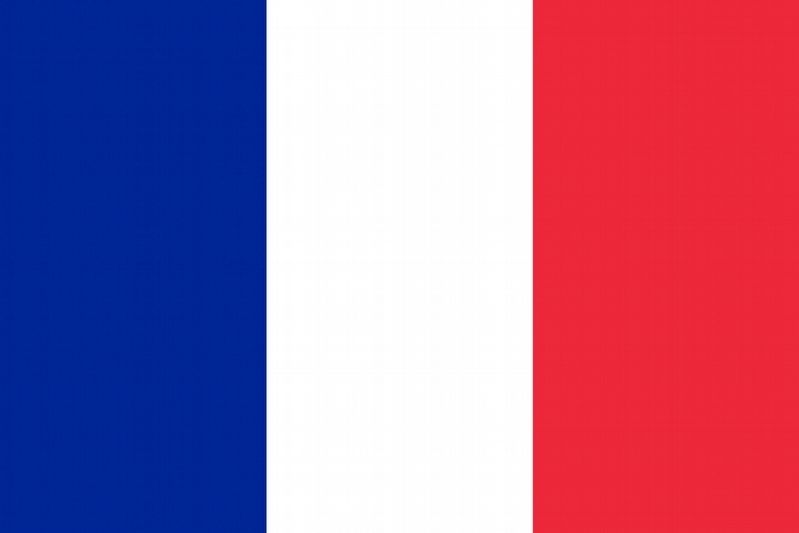