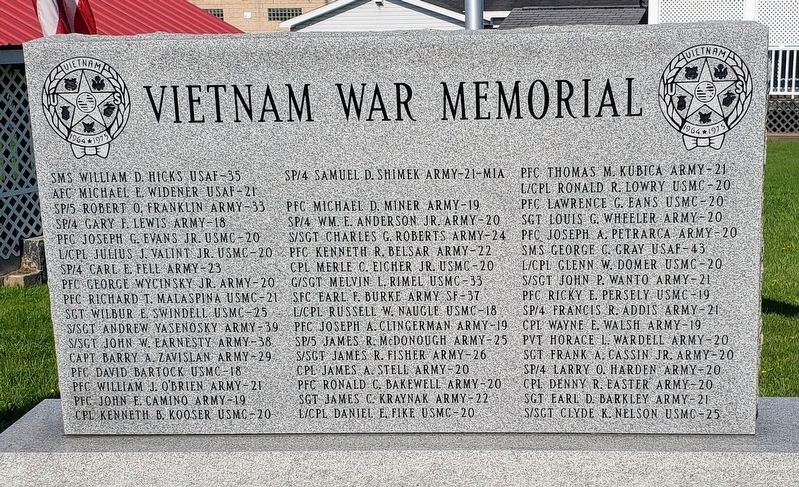 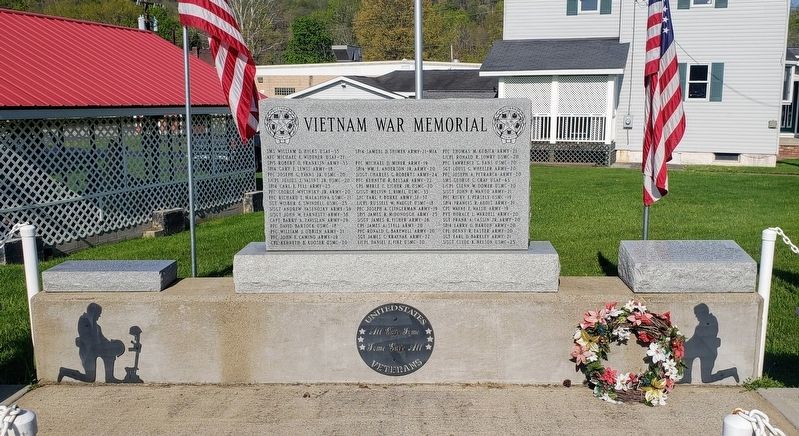 United States Veterans
All Gave Some
Some Gave All

Topics. This memorial is listed in these topic lists: Military • War, Vietnam.

Other nearby markers. At least 8 other markers are within 2 miles of this marker, measured as the crow flies. Albert Gallatin (about 700 feet away, measured in a direct line); Historic Downtown Point Marion (about 800 feet away); Crossing the Mon at Point Marion, Pennsylvania (approx. 0.2 miles away); Veterans Memorial (approx. 0.2 miles away); a different marker also 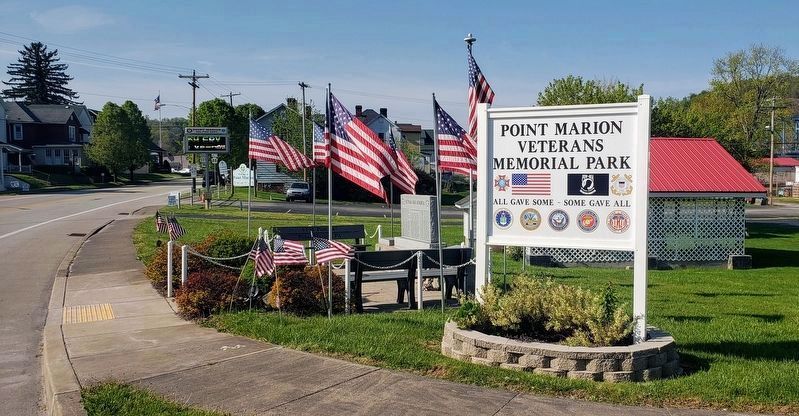 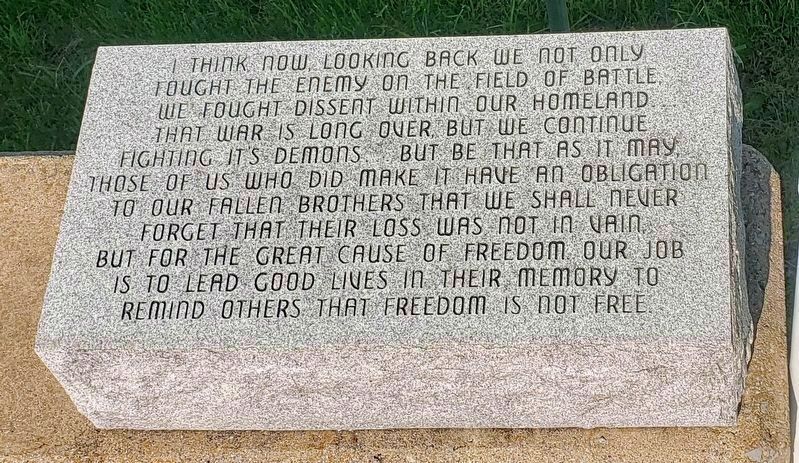 Photographed By Bradley Owen, April 23, 2021
5. Additional Tablet to the Right of the Memorial
I think now, looking back we not only fought the enemy on the field of battle, we fought dissent within our homeland . . . That war is long over, but we continue fighting it's demons. But be that as it may, those of us who did make it have an obligation to our fallen brothers that we shall never forget that their loss was not in vain, but for the great cause of freedom our job is to lead good lives in their memory to remind others that freedom is not free.
Credits. This page was last revised on May 9, 2021. It was originally submitted on May 8, 2021, by Bradley Owen of Morgantown, West Virginia. This page has been viewed 67 times since then and 23 times this year. Photos:   1, 2, 3, 4, 5. submitted on May 8, 2021, by Bradley Owen of Morgantown, West Virginia. • J. Makali Bruton was the editor who published this page.
Share this page.