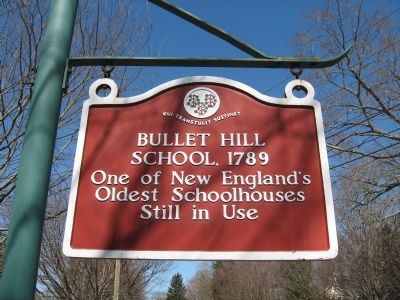 Bullet Hill School, 1789 One of New England’s Oldest Schoolhouses Still in Use

Topics. This historical marker is listed in these topic lists: Education • Notable Buildings. A significant historical year for this entry is 1789. 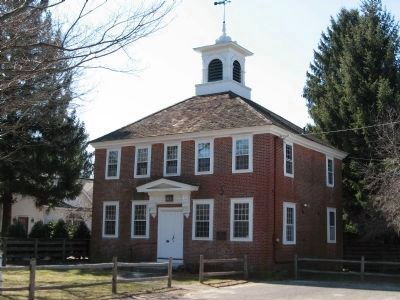 Click or scan to see
this page online
Register of Historic Places on February 23, 1972 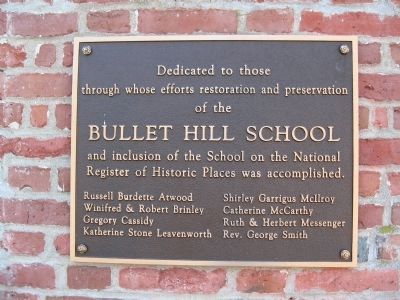 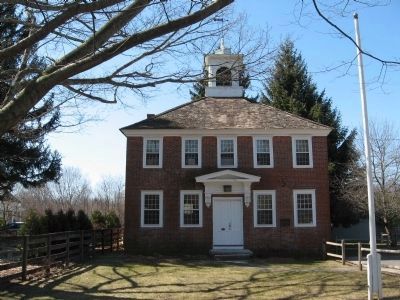 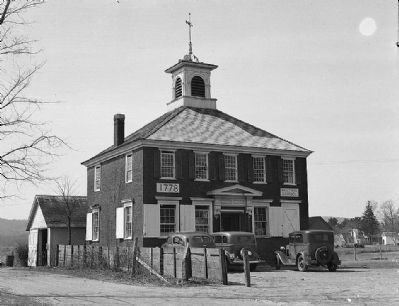