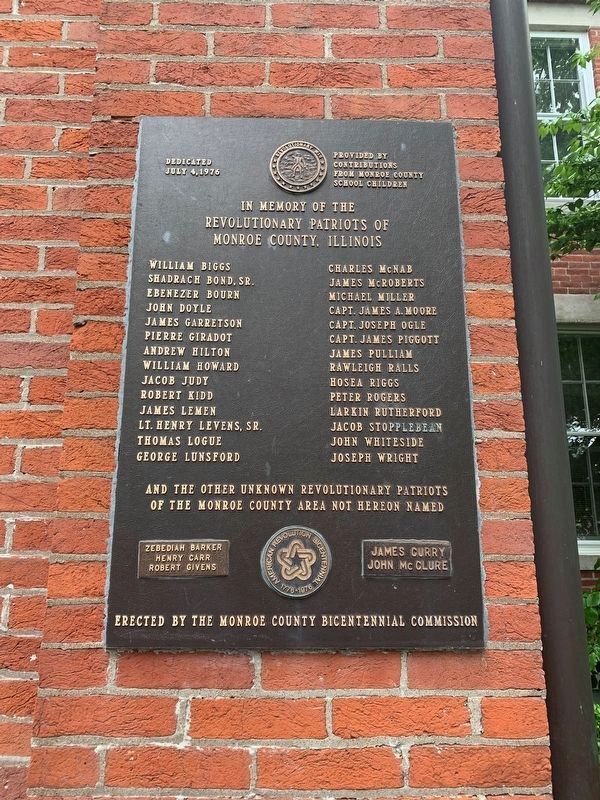 In Memory of the Revolutionary Patriots of Monroe County, Illinois

Topics. This memorial is listed in this topic list: War, US Revolutionary. A significant historical date for this entry is July 4, 1976.

Click or scan to see
this page online
N, 90° 8.99′ W. Marker is in Waterloo, Illinois, in Monroe County. Memorial is on S. Main Street south of Mill Street, on the left when traveling south. Touch for map. Marker is in this post office area: Waterloo IL 62298, United States of America. Touch for directions.

Editor’s want-list for this marker. A wide view photo of the marker and its surroundings. • Can you help?
Share This Page.