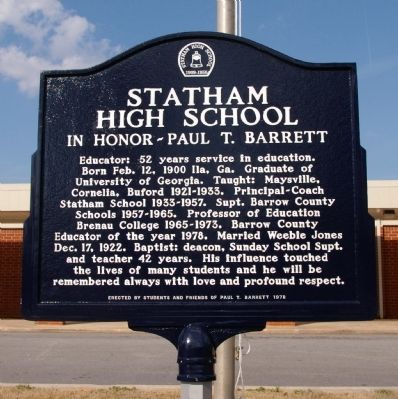 Erected 1978 by Students and Friends of Paul T. Barrett.

Topics. This historical marker is listed in these topic lists: Churches & Religion • Education. A significant historical month for this entry is February 1619.

Location. 33° 57.846′ N, 83° 35.538′ W. Marker is in Statham, Georgia, in Barrow County. Marker is on Broad Street, 0 miles east of Elizabeth Street, on the left when traveling east. Marker is located in front of Statham Elementary School. Touch for map. Marker is at or near this postal address: 1970 Broad Street, Statham GA 30666, United States of America. Touch for directions.

Other nearby markers. At least 8 other markers are within 7 miles of this marker, measured 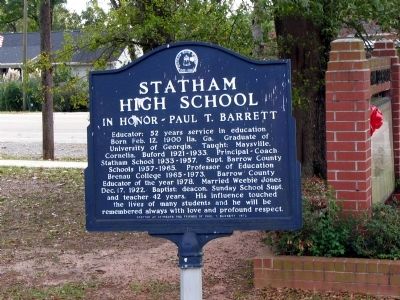 Photographed By David Seibert, November 13, 2004
2. Statham High School Marker
The marker in 1994, before its recent repaint. 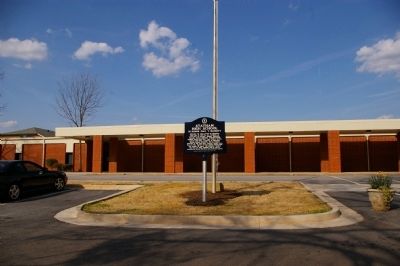