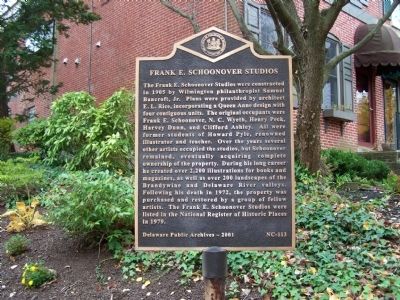 The Frank E. Schoonover Studios were constructed in 1905 by Wilmington philanthropist Samuel Bancroft, Jr. Plans were provided by architect E.L. Rice, incorporating a Queen Anne design with four contiguous units. The original occupants were Frank E. Schoonover, N.C. Wyeth, Henry Peck, Harvey Dunn, and Clifford Ashley. All were former students of Howard Pyle, renowned illustrator and teacher. Over the years several other artists occupied the studios, but Schoonover remained, eventually acquiring complete ownership of the property. During his long career he created over 2,200 illustrations for books and magazines, as well as over 200 landscapes of the Brandywine and Delaware River valleys. Following his death in 1972, the property was purchased and restored by a group of fellow artists. The Frank E. Schoonover Studios were listed in the National Register of Historic Places in 1979.

Topics and series. This historical marker is listed in these topic lists: Architecture • Arts, Letters, Music 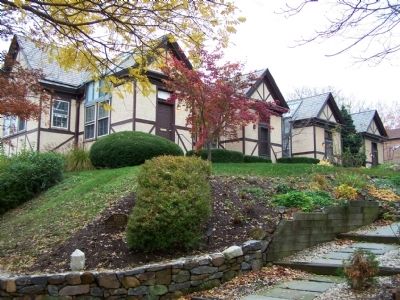 Click or scan to see
this page online
. In addition, it is included in the Delaware Public Archives series list. A significant historical year for this entry is 1905. 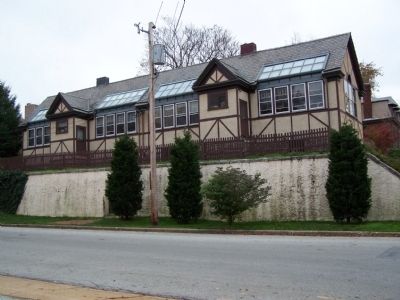 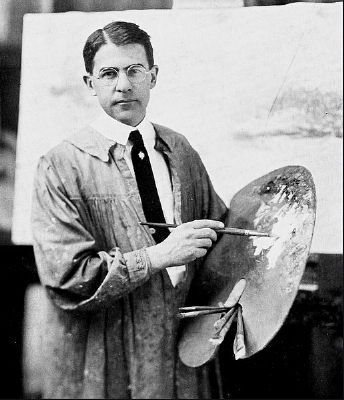