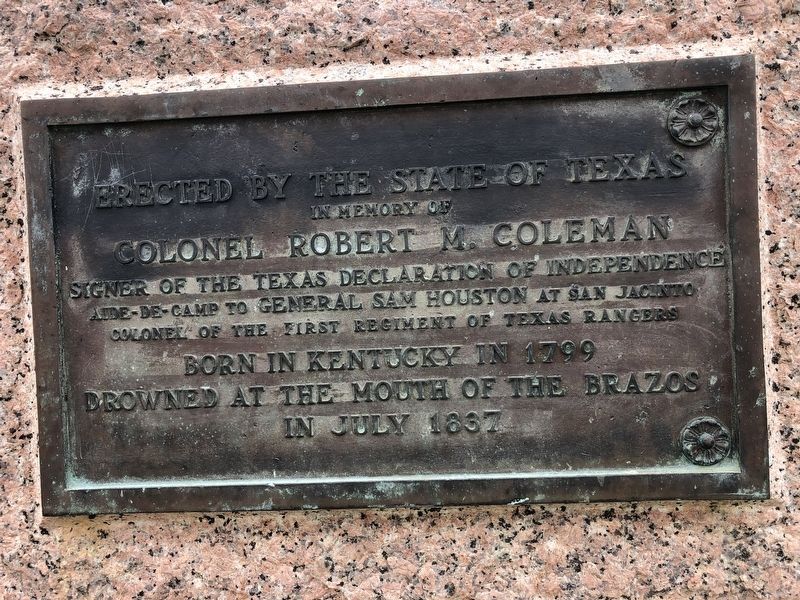 Erected by the State of Texas
in memory of
Colonel Robert M. Coleman
Signer of the Texas Declaration of Independence
Aide-de-Camp to General Sam Houston at San Jacinto
Colonel of the First Regiment of Texas Rangers
Born in Kentucky in 1799
Drowned at the Mouth of the Brazos
in July 1837

Topics. This historical marker is listed in these topic lists: Settlements & Settlers • War, Texas Independence. A significant historical month for this entry is July 1837.

Location. 28° 57.779′ N, 95° 22.339′ W. Marker is in Freeport, Texas, in Brazoria County. Marker can be reached from Quintana Street east of North Brazosport Boulevard, on the right when traveling east. The marker is located at the upper (northwest) end of the Freeport Harbor Channel, next to a small amphitheater and stage erected over the water known locally as "The Landing", all considered part of Freeport Veteran's Memorial Park, and near the Freeport Library and Freeport Police Station. 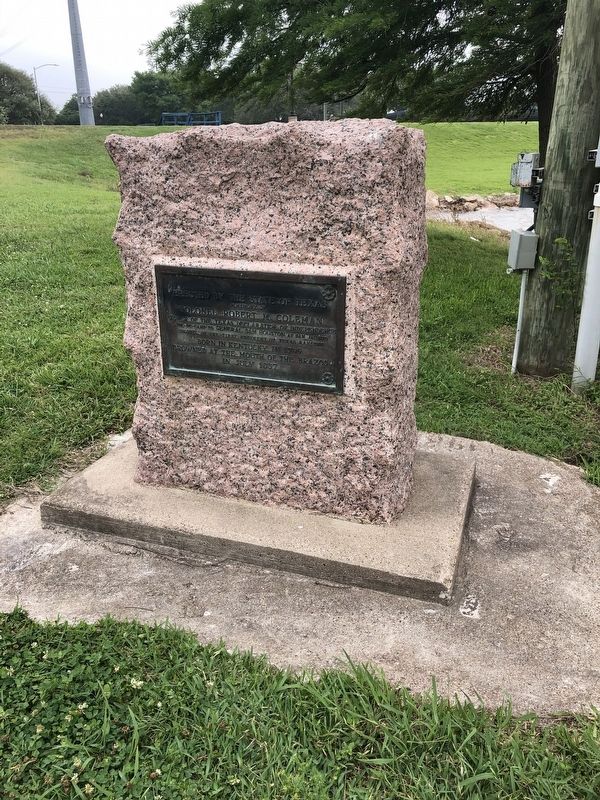 Click or scan to see
this page online
Touch for map. Marker is in this post office area: Freeport TX 77541, United States of America. Touch for directions.

More about this marker. This marker was one of a series of markers placed at the death locations or burial sites of Texas heroes in the period of 1931-1932, in a program by the Texas Board of Control. In some cases, this program also funded the re-location of buried remains to the Texas State Cemetery, although not in this case. Records at the Brazoria County Historical Museum suggest that, at one point, this featured marker was located at Velasco city hall (formerly in 300 block of South Avenue A), but it appears to have been moved to its current location, perhaps after 1957 when Velasco merged with Freeport. 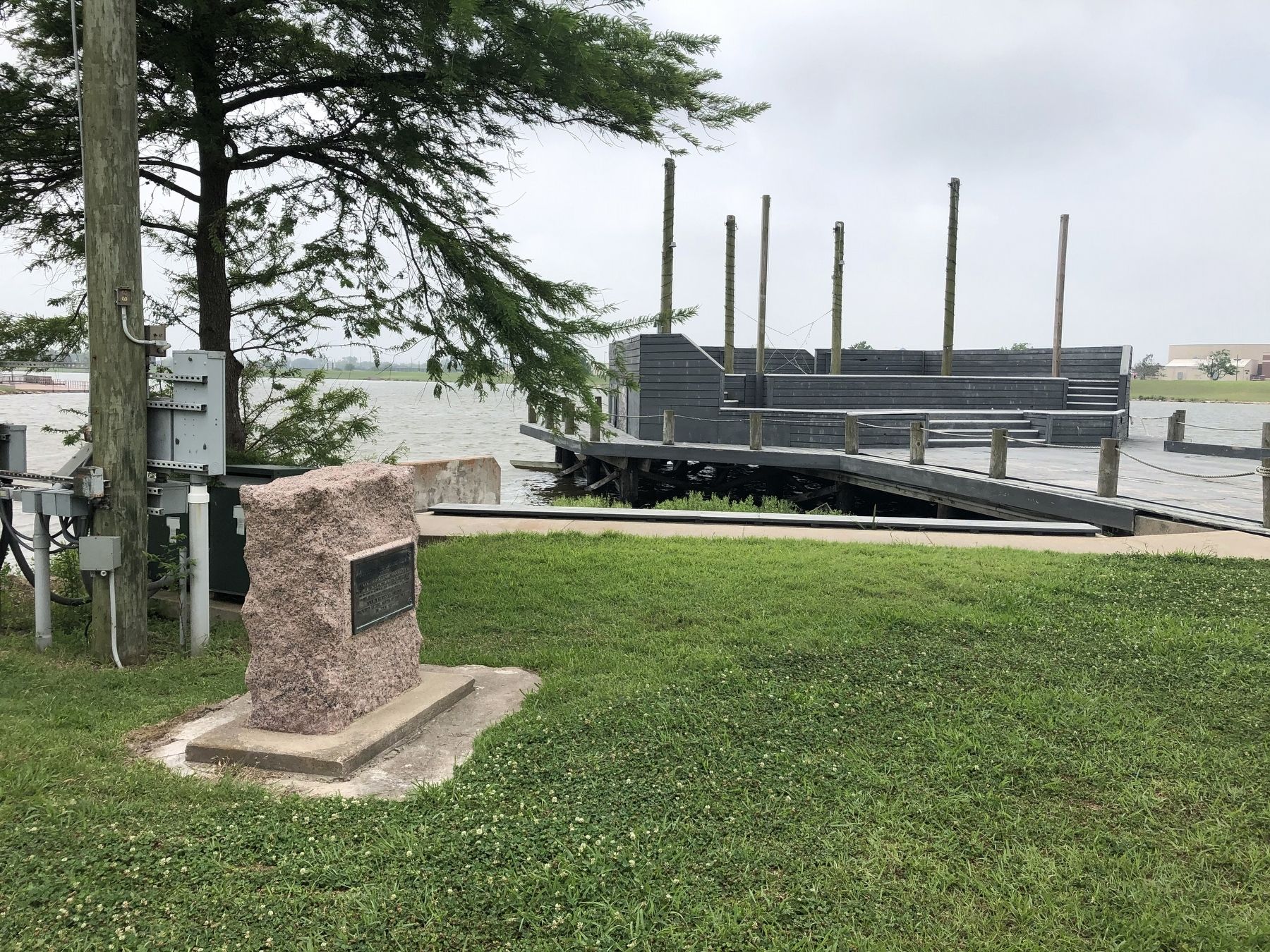 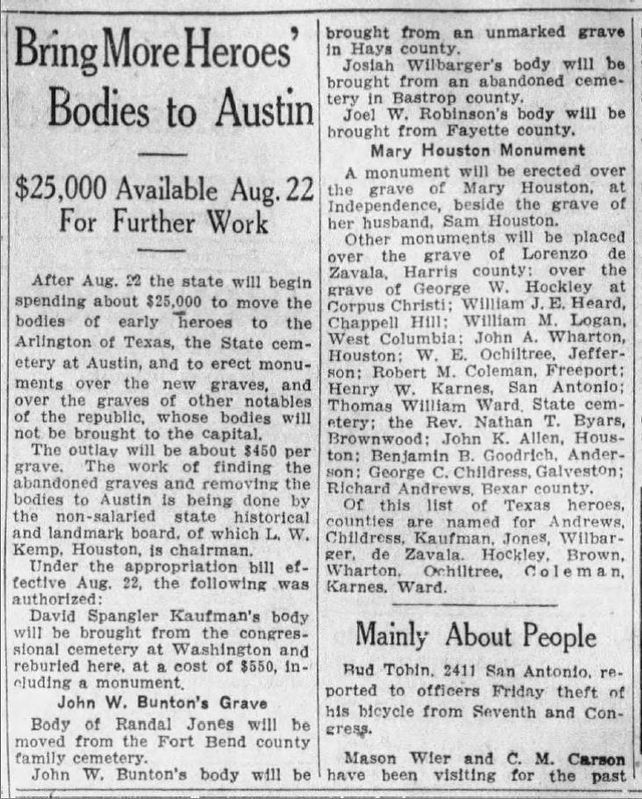 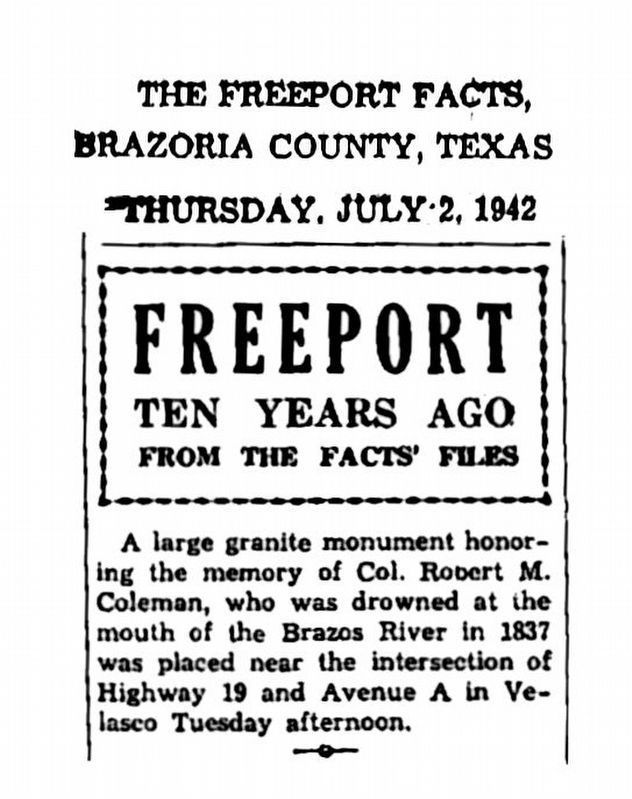