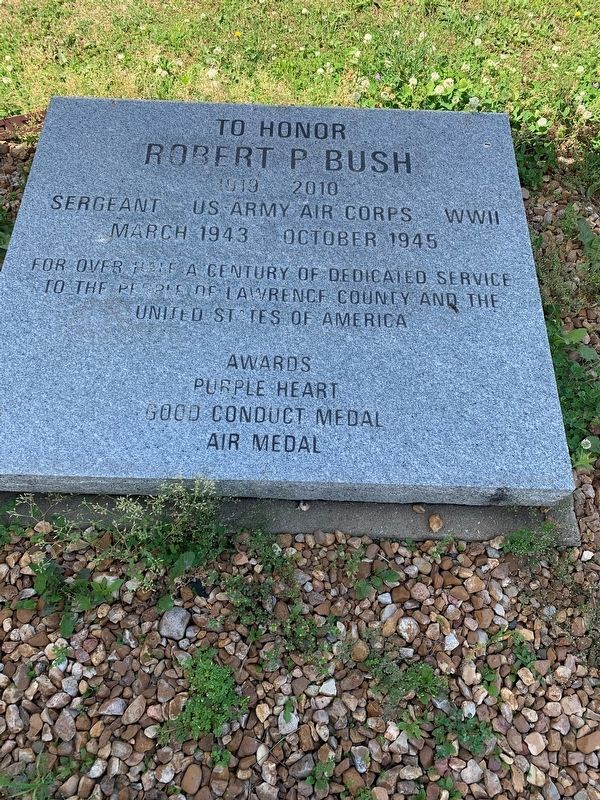 By Thomas Smith, May 26, 2021
1. To Honor Robert P Bush Marker
Inscription.
To Honor Robert P Bush.
Sergeant - US Army Air Corps world war two March 1943 - October 1945. For over half a century of dedicated service to the people of Lawrence County and the United States of America
Awards Purple Heart Good Conduct Medal Air Medal . . This memorial is in Walnut Ridge in Lawrence County Arkansas

Topics and series. This memorial is listed in these topic lists: Air & Space • War, World II. In addition, it is included in the Distinguished Service Cross/Navy Cross/Air Force Cross Recipients, and the Military Order of the Purple Heart series lists.

Editor’s want-list for this marker. A wide shot of the marker in context. • Can you help?
Share This Page.