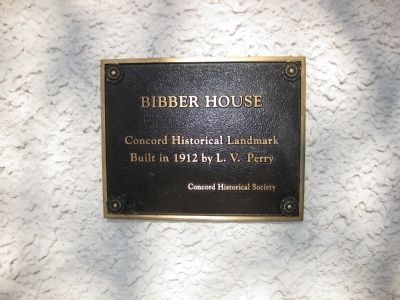 Topics. This historical marker is listed in this topic list: Notable Buildings. A significant historical year for this entry is 1912.

More about this marker. The Bibber House marker was placed on the building by the Concord Historical Society on October 21st, 2005.

Regarding Bibber House. According 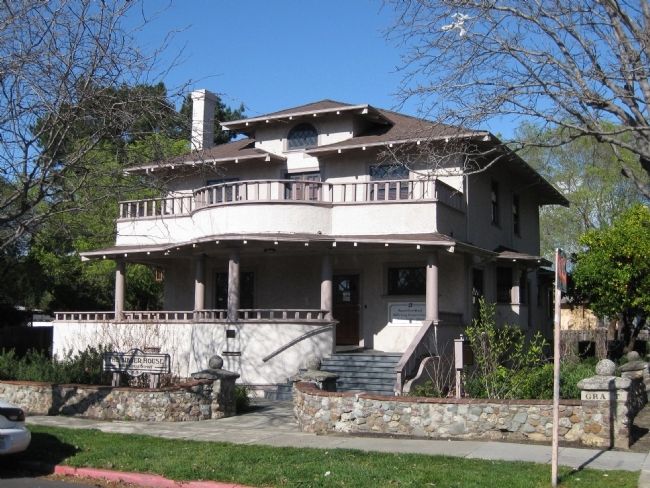 Click or scan to see
this page online
to the City of Concord's Downtown Concord's Historical Walking Tour brochure, "This house was built in 1912-13 by L.V. Perry for Charles and Carrie (Beebe) Bibber at a cost of $3,733. In addition to its large size and prominent architecture, the house is known for its exquisite wood paneling and beautifully finished staircase. Charles Bibber was the Deputy County Assessor. The house remained in his family for two generations. It has since been recofigured for commercial purposes and is used as professional offices". The building is currently owned and used as office space by Planned Parenthood.
Credits. This page was last revised on July 27, 2018. It was originally submitted on March 28, 2009, by Andrew Ruppenstein of Sacramento, California. This page has been viewed 1,272 times since then and 20 times this year. Photos:   1, 2. submitted on March 28, 2009, by Andrew Ruppenstein of Sacramento, California. • Kevin W. was the editor who published this page.
Share this page.