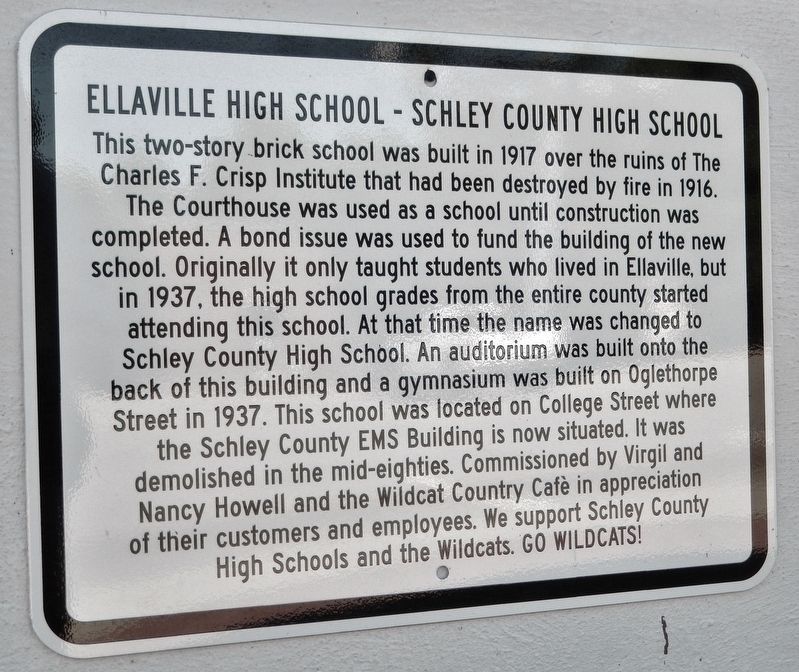 This two-story brick school was built in 1917 over the ruins of The Charles F. Crisp Institute that had been destroyed by fire in 1916. The Courthouse was used as a school until construction was completed. A bond issue was used to fund the building of the new school. Originally it only taught students who lived in Ellaville, but in 1937, the high school grades from the entire county started attending this school. At that time the name was changed to Schley County High School. An auditorium was built onto the back of this building and a gymnasium was built on Oglethorpe Street in 1937. This school was located on College Street where the Schley County EMS Building is now situated. It was demolished in the mid-eighties. Commissioned by Virgil and Nancy Howell and the Wildcat Country Café in appreciation of their customers and employees. We support Schley County High Schools and the Wildcats. GO WILDCATS!

Topics. This historical marker is listed in these topic lists: Architecture • Education. A significant historical year for this entry is 1917. 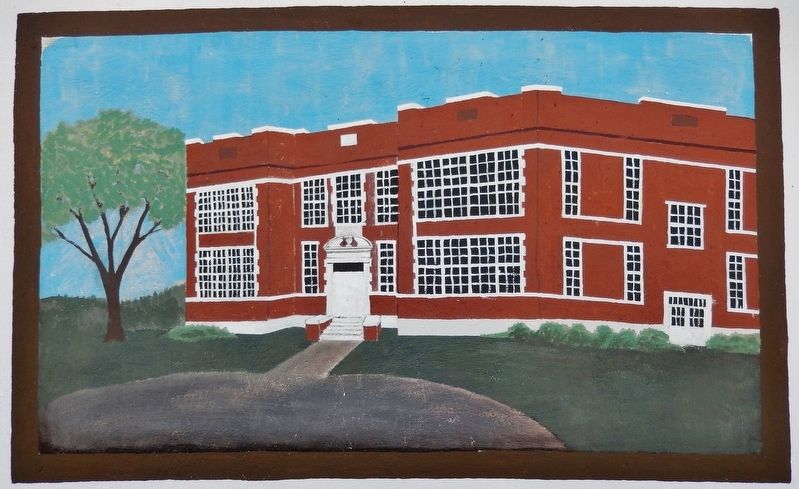 Click or scan to see
this page online
, Georgia, in Schley County. Marker is on South Wilson Street just south of Oglethorpe Street (Georgia Route 26), on the right when traveling south. Marker and mural are located on the Ellaville History Wall. Touch for map. Marker is at or near this postal address: 55 South Wilson Street, Ellaville GA 31806, United States of America. Touch for directions.

Related markers. Click here for a list of markers that are related to this marker. Ellaville History Wall

Also see . . .  Schley County History: Ellaville High School. The first Monday in September, 1917, found the new building completed with all necessary equipment. The enrollment of pupils was the largest in the history of the school. In 1920, the Lewis school district, having voted local taxation, was allowed by the County School Commissioners to consolidate with the Ellaville High School. This privilege was also granted the Lacrosse School, and two trucks are being used to transport the pupils of these schools 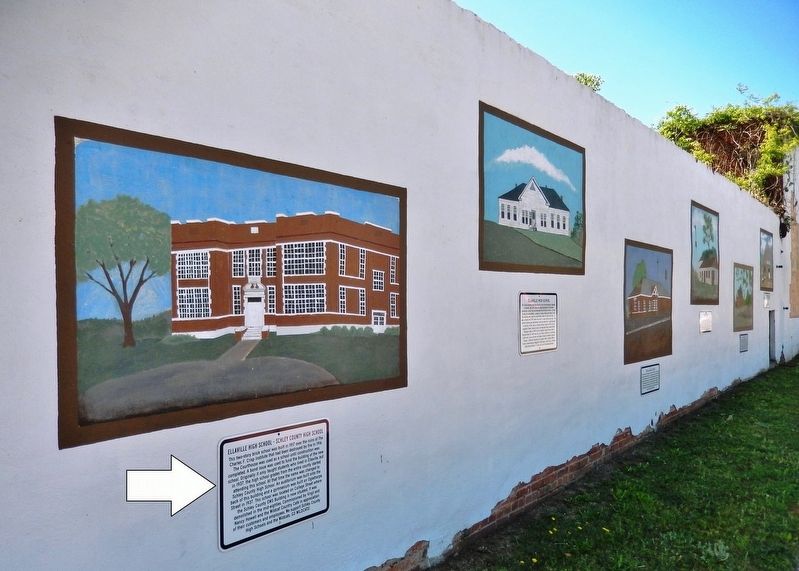 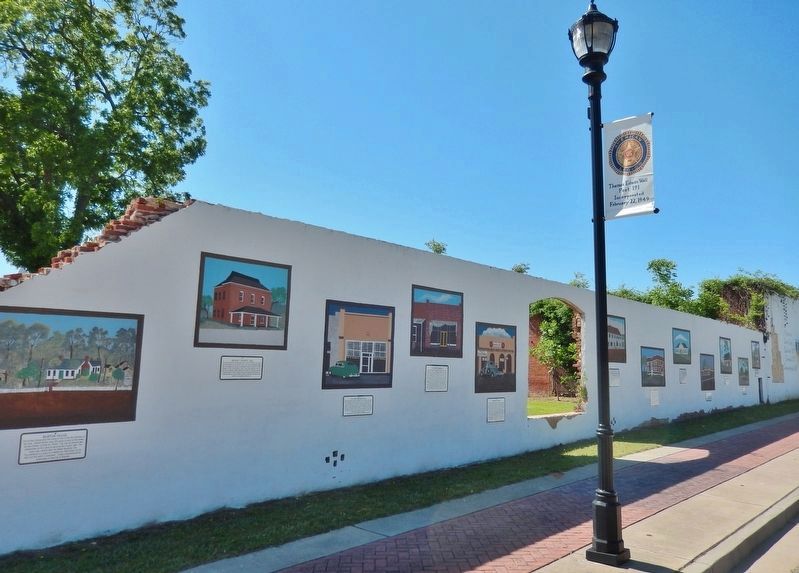