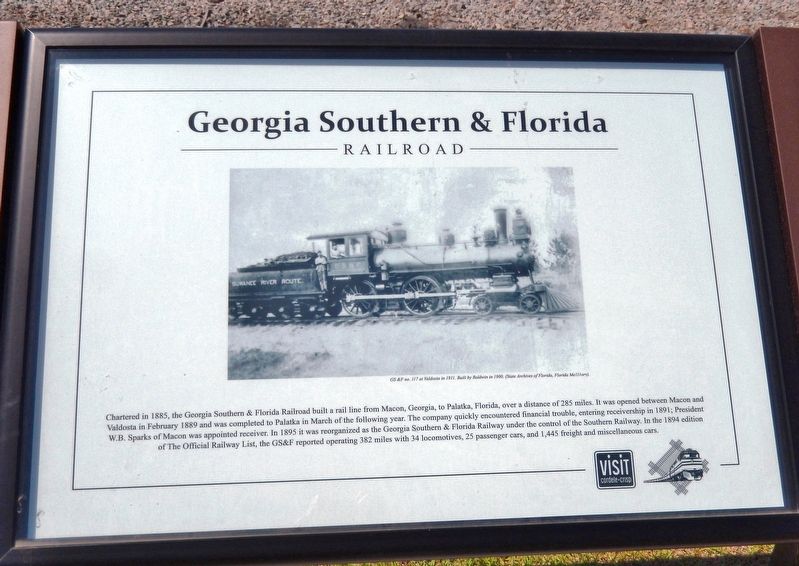 Chartered in 1885, the Georgia Southern & Florida Railroad built a rail line from Macon, Georgia, to Palatka, Florida, over a distance of 285 miles. It was opened between Macon and Valdosta in February 1889 and was completed to Palatka in March of the following year. The company quickly encountered financial trouble, entering receivership in 1891; President W.B. Sparks of Macon was appointed receiver. In 1895 it was reorganized as the Georgia Southern & Florida Railway under the control of the Southern Railway. In the 1894 edition of The Official Railway List, the GS&F reported operating 382 miles with 34 locomotives, 25 passenger cars, and 1,445 freight and miscellaneous cars.

Topics. This historical marker is listed in this topic list: Railroads & Streetcars. A significant historical year for this entry is 1885. 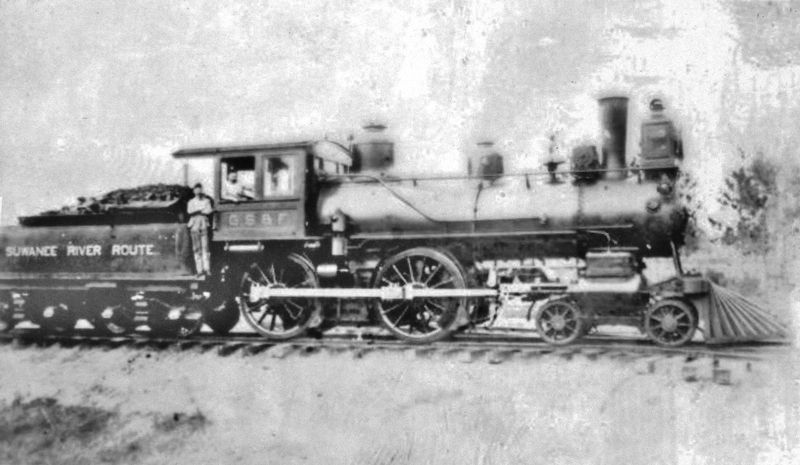 Click or scan to see
this page online
Marker is at or near this postal address: 106 Wall Street West, Cordele GA 31015, United States of America. Touch for directions.

Related markers. Click here for a list of markers that are related to this marker. Cordele Railway Park 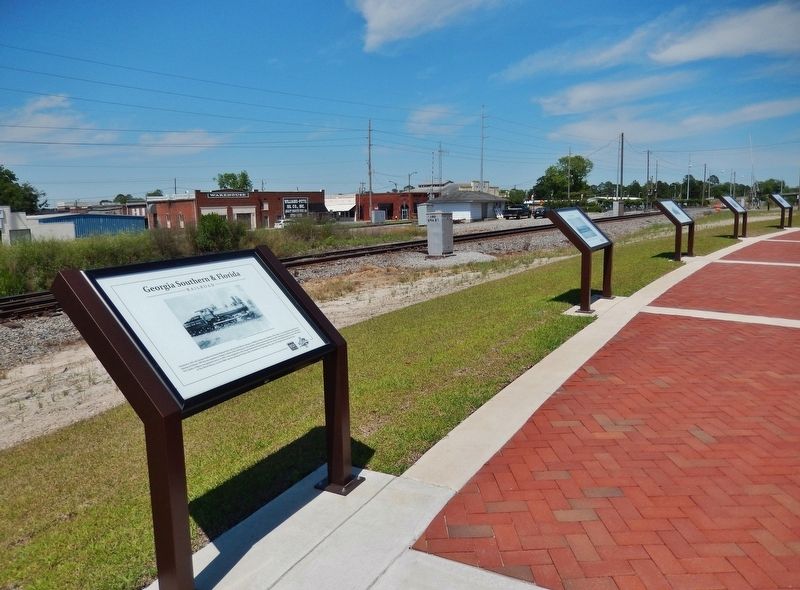 Photographed By Cosmos Mariner, May 8, 2021
3. Georgia Southern & Florida Railroad Marker
(active railroad track in background)
Railway, both of which were operated as separate companies; both ended up going bankrupt and being mostly abandoned. The GS&F was eventually acquired by the Norfolk Southern Railway and still operates as a subsidiary. As of November 2012, at least one operating Norfolk Southern locomotive retains GSF reporting marks. (Submitted on May 31, 2021, by Cosmos Mariner of Cape Canaveral, Florida.) 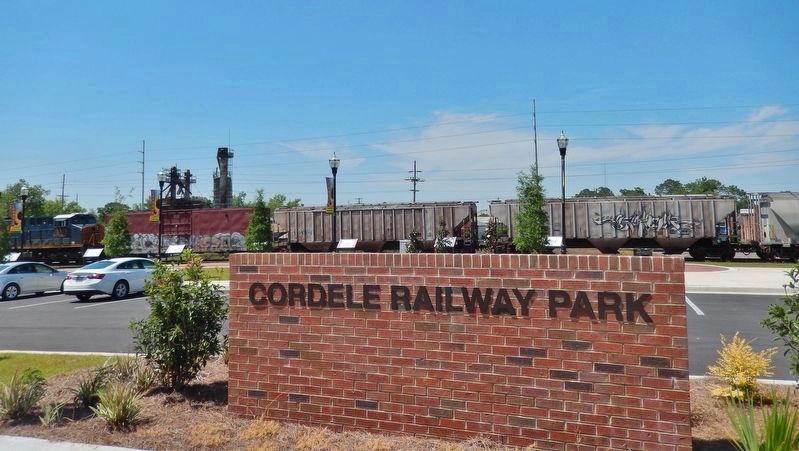