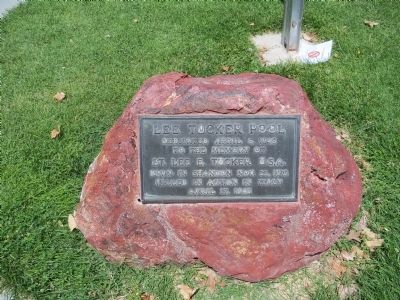 Location. 35° 39.367′ N, 120° 22.677′ W. Marker is in Shandon, California, in San Luis Obispo County. Memorial is at the intersection of Centre Street and North 1st Street when traveling west on Centre Street. Touch for map. Marker is in this post office area: Shandon CA 93461, United States of America. Touch for directions.

Other nearby markers. At least 2 other markers are within 13 miles of this marker, measured as the crow flies. Tribute to a Young Man (approx. 6.6 miles away); Creston Community Church (approx. 12½ miles away).

More about this marker. The marker is in the Crawford W. Clarke Memorial Park at the corner of Centre and 1st Streets in Shandon.

Regarding Lee Tucker Pool. A photograph of Lt. Tucker, with his brother Percy Usher Tucker, appears on page 332 of the book Mission to Tokyo: The American Airmen Who Took the War to the Heart of Japan. Percy Tucker ultimately commanded the B-29 Lady Annabelle in the Pacific Theater. 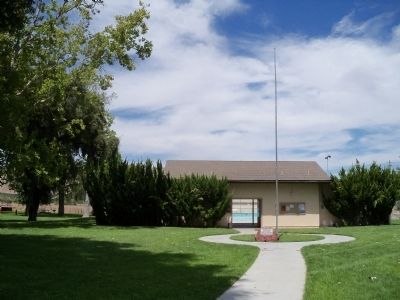 Photographed By James King, August 18, 2013
2. Lee Tucker Pool & Monument
The monument is at the base of the flag pole in front of the pool entrance.

Click or scan to see
this page online
. The first picture in the article is of Lt. Tucker(on the left). (Submitted on August 20, 2013, by James King of San Miguel, California.) 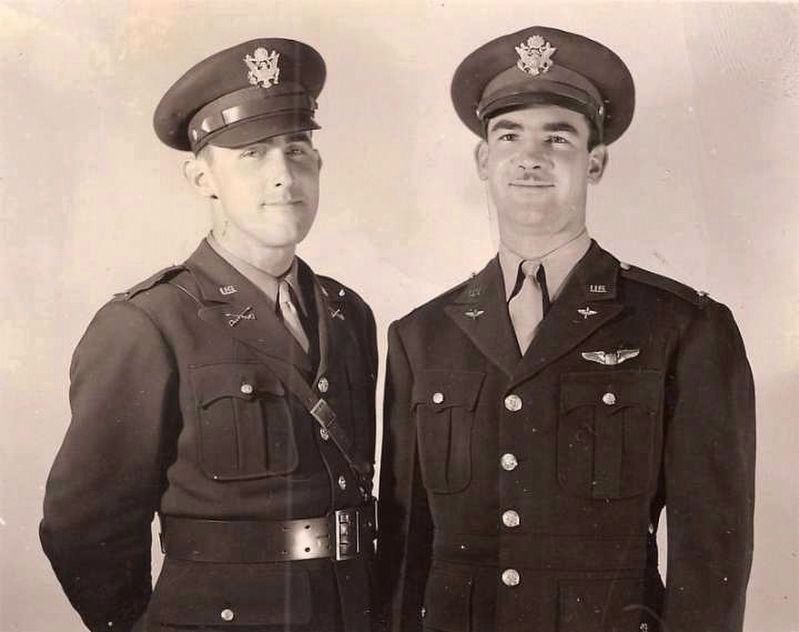