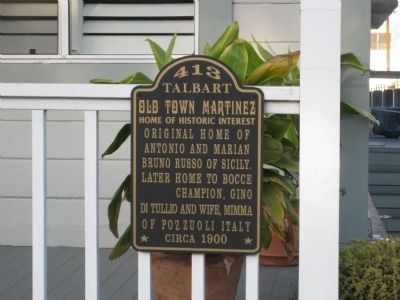 Topics. This historical marker is listed in this topic list: Notable Buildings. A significant historical year for this entry is 1900.

Location. 38° 0.997′ N, 122° 8.493′ W. Marker is in Martinez, California, in Contra Costa County. Marker is on Talbart Street near Buckley Street, on the right when traveling north. Touch for map. Marker is at or near this postal address: 413 Talbart Street, Martinez CA 94553, United States of America. Touch for directions. 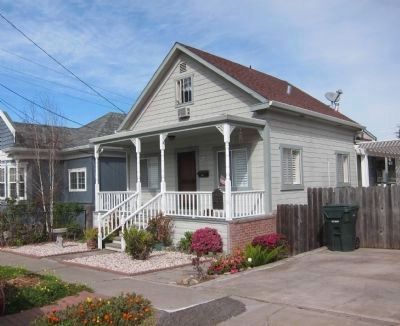 Click or scan to see
this page online
of this marker); 225 Buckley Street (within shouting distance of this marker). Touch for a list and map of all markers in Martinez.