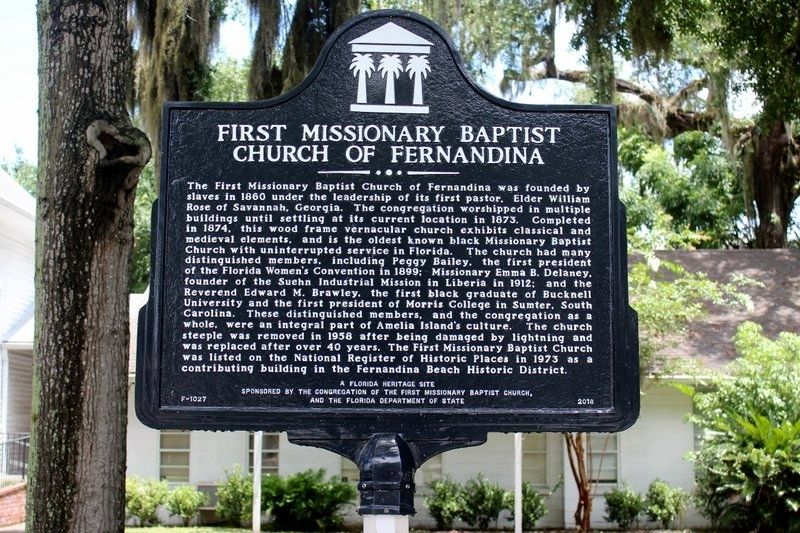 The First Missionary Baptist Church was founded by slaves in 1860 under the leadership of its first pastor. Elder William Rose of Savannah, Georgia. The congregation worshipped in multiple buildings until settling at its current location in 1873. Completed in 1874, this wood frame vernacular Church exhibits classical and medieval elements, and is the oldest known black Missionary Baptist Church with uninterrupted service in Florida. The Church had many distinguished members, including Peggy Bailey, the first president of the Florida Women’s Convention in 1899; Missionary Emma B. Delaney, founder of the Suehn Industrial Mission in Liberia in 1912; and the Reverend Edward M. Brawley, the first black graduate of Bucknell University and the first president of Morris College in Sumter, South Carolina. These distinguished members, and the congregation as a whole were an integral part of Amelia Island’s culture. The Church steeple was removed in 1958 after being damaged by lightning and was replaced after 40 years. The First Missionary Baptist Church was listed on the National Historical Places in 1973 as a contributing building in the Fernandina Beach 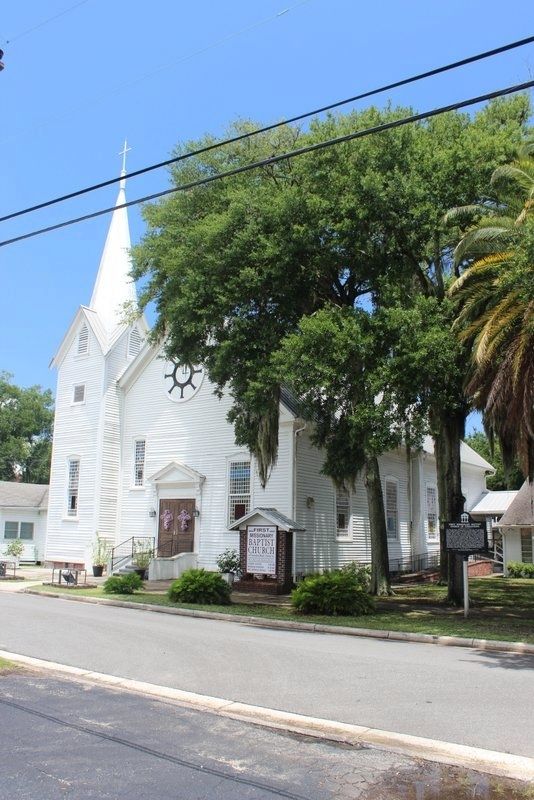 Click or scan to see
this page online
Historic District.

Erected 2018 by The Congregation of the First Missionary Baptist Church and the Florida Department of State. (Marker Number F-1027.)

Topics. This historical marker is listed in these topic lists: African Americans • Architecture • Churches & Religion. A significant historical year for this entry is 1860. 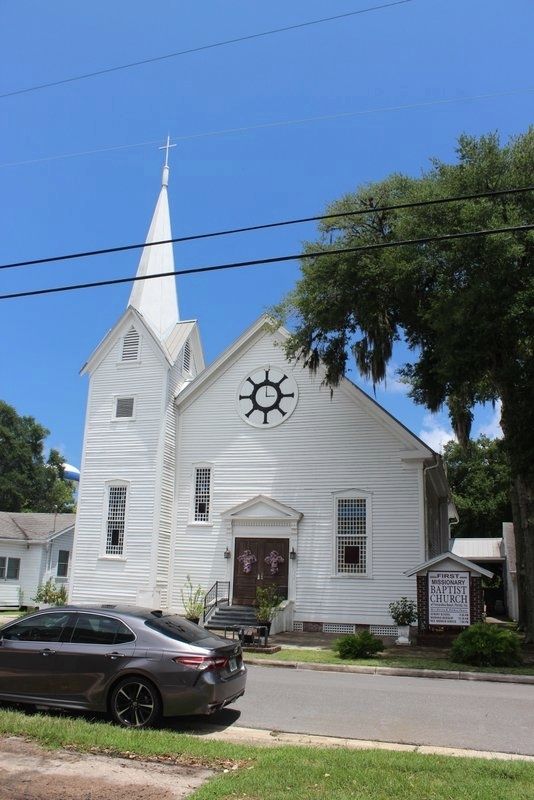