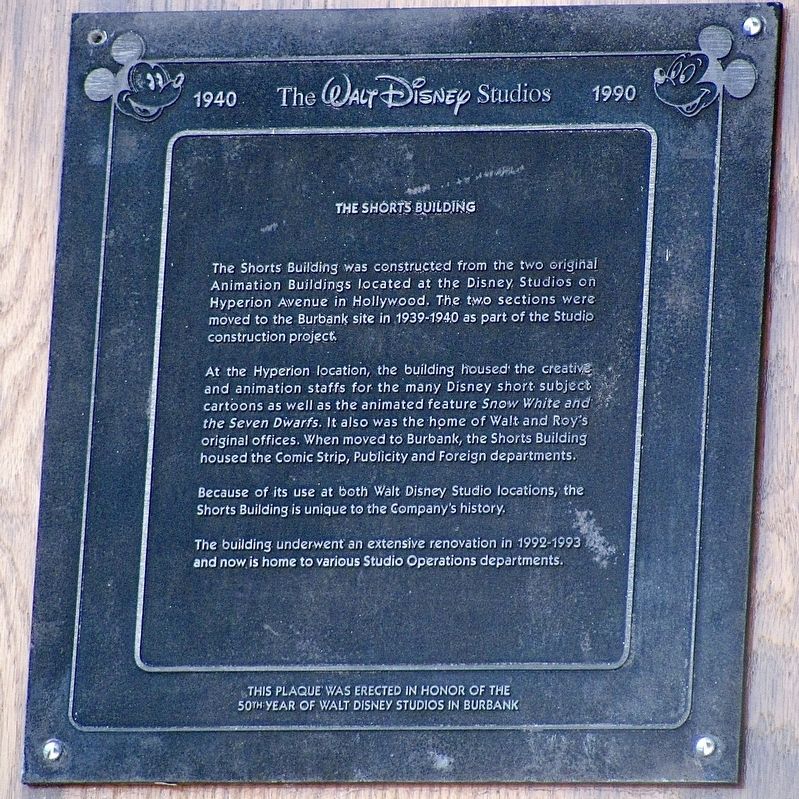 The Shorts Building was constructed from the two original Animation Buildings located at the Disney Studios on Hyperion Avenue in Hollywood. The two sections were moved to the Burbank site in 1939-1940 as part of the Studio construction project.

At the Hyperion location, the building housed the creative and animation staffs for the many Disney short subject cartoons as well as the animated feature Snow White and the Seven Dwarfs. It also was the home of Walt and Roy's original offices. When moved to Burbank, the Shorts Building housed the Comic Strip, Publicity and Foreign departments.

Because of its use at both Walt Disney Studio locations, the Shorts Building is unique to the Company's history.

The building underwent an extensive renovation in 1992-1993 and now is home to various Studio Operations departments.

Erected 1990 by The Walt Disney Studios.

Topics. This historical marker is listed in these topic lists: Architecture • Entertainment • Industry & Commerce. A significant historical year for this entry is 1940. 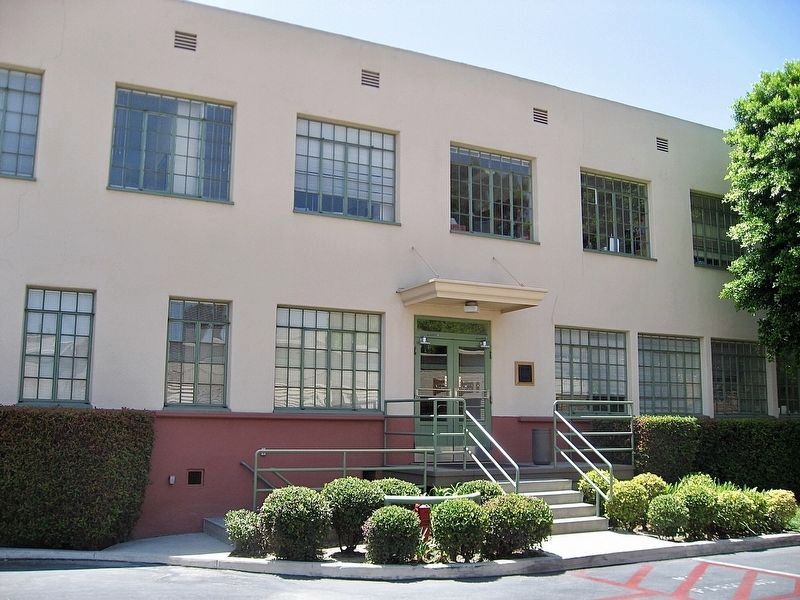 Click or scan to see
this page online
9.416′ N, 118° 19.53′ W. Marker is in Burbank, California, in Los Angeles County. Marker can be reached from the intersection of Buena Vista Street and Alameda Avenue, on the right when traveling north. The studio property is not open to the public. Touch for map. Marker is at or near this postal address: 500 S Buena Vista St, Burbank CA 91521, United States of America. Touch for directions.

Related marker. Click here for another marker that is related to this marker. - Hyperion Studio location. 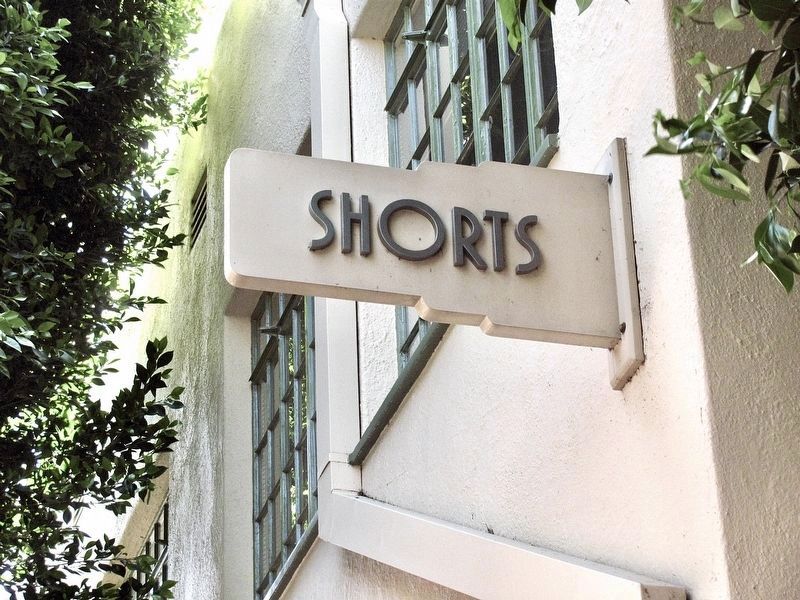