Dedicated to the Memory of Antoine Janis 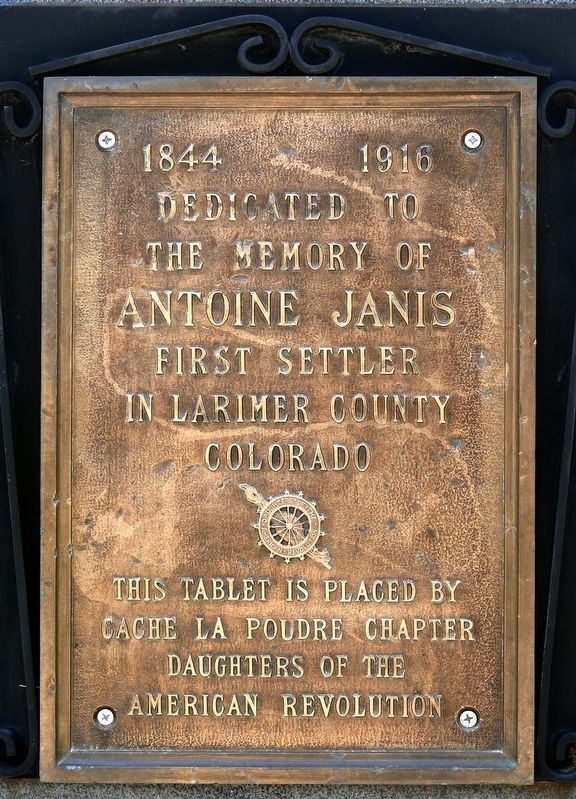 Topics and series. This historical marker is listed in this topic list: Settlements & Settlers. In addition, it is included in the Daughters of the American Revolution (DAR) series list. A significant historical year for this entry is 1844.

Location. 40° 37.911′ N, 105° 9.201′ W. Marker is in Laporte, Colorado, in Larimer County. Marker is at the intersection of Galway Drive and Cork Drive, on the right on Galway Drive. Backed up along the roadside to large open field identified as the original location of the cabin of Antoine Janis. Touch for map. Marker is in this post office area: Laporte CO 80535, United States of America. Touch for directions. 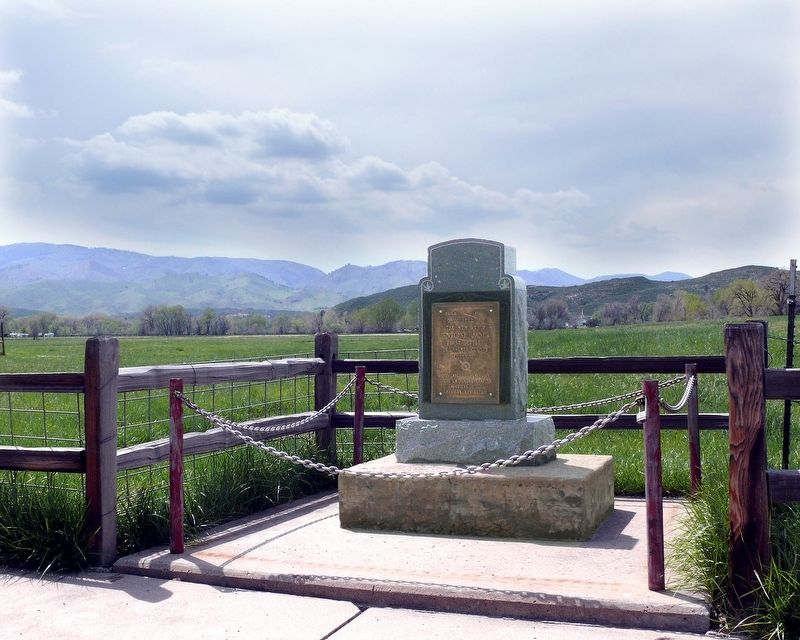 Photographed By Michael O'Neill, June 6, 2021
2. View of Antoine Janis Marker as approached from the north.
The Marker is approximately 50 yards south of US287B.

Antoine Janis first came to Larimer County in 1836 as a boy of twelve with his father who was leading a large party of French trappers and employees of the American Fur Company to Green River, Wyoming. In 1844, Janis returned to the Cache La Poudre Valley and was given many acres of valley land by his friend, Bold Wolf, a chief of the Arapahoes.

Antoine Janis is believed to have been the first Euro-American settler in Larimer County. Janis was born in Missouri to French parents and his father freighted supplies from 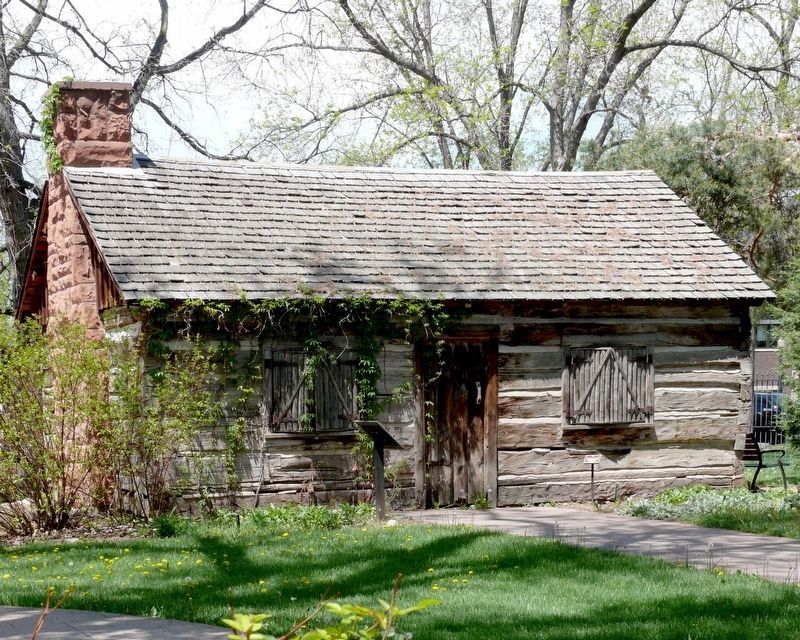 Photographed By Michael O'Neill, June 6, 2021
3. Log cabin residence of Antoine Janis
Since 1938 on display at the City of Fort Collins Library Park, Mathews and Olive Streets.
St. Louis to Wyoming during the heyday of the fur trade. In the waning days of that era, Janis again passed through the Cache la Poudre Valley. Charmed by its beauty, he staked out a squatter's claim west of the present site of Laporte in 1844. Janis reported that when he claimed the area, "the streams were all very high and the valley black with buffalo...and I thought the Poudre valley was the loveliest spot on earth...." Janis marked his property in the event that settlement came to the area, but did not erect a residence at that time. 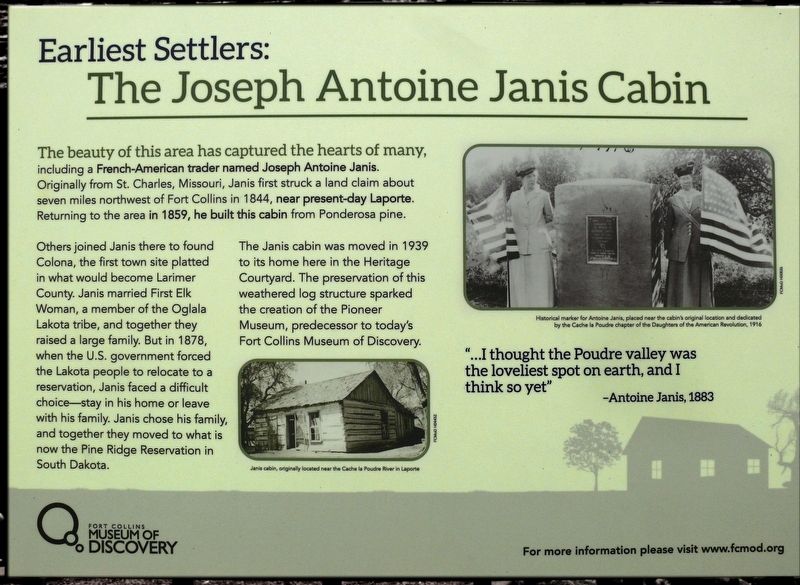