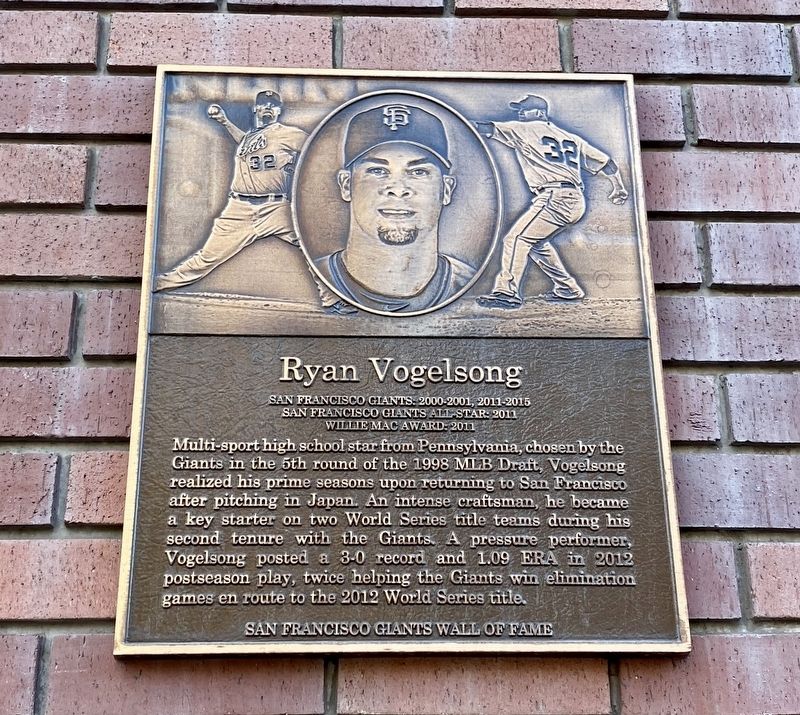 Multi-sport high school star from Pennsylvania, chosen by the Giants in the 5th round of the 1998 MLB Draft, Vogelsong realized his prime seasons upon returning to San Francisco after pitching in Japan. An intense craftsman, he became a key starter on two World Series title teams during his second tenure with the Giants. A pressure performer, Vogelsong posted a 3-0 record and 1.09 ERA in 2012 postseason play, twice helping the Giants win elimination games en route to the 2012 World Series title.

Other nearby markers. At least 8 other markers are within walking distance of this marker. Barry Bonds (here, next to this marker); J.T. Snow (here, 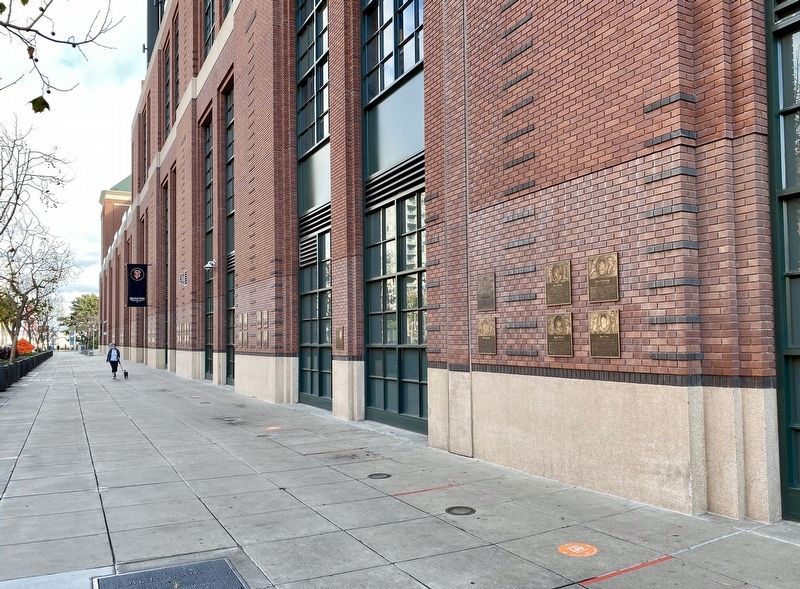 By Andrew Ruppenstein, December 17, 2020
2. Ryan Vogelsong Marker - wide view
Looking north on King Street with the whole Giants Wall of Fame visible, Ryan Vogelsong's plaque is seen here in the top row at the very end on the right.