Dedicated to all who served 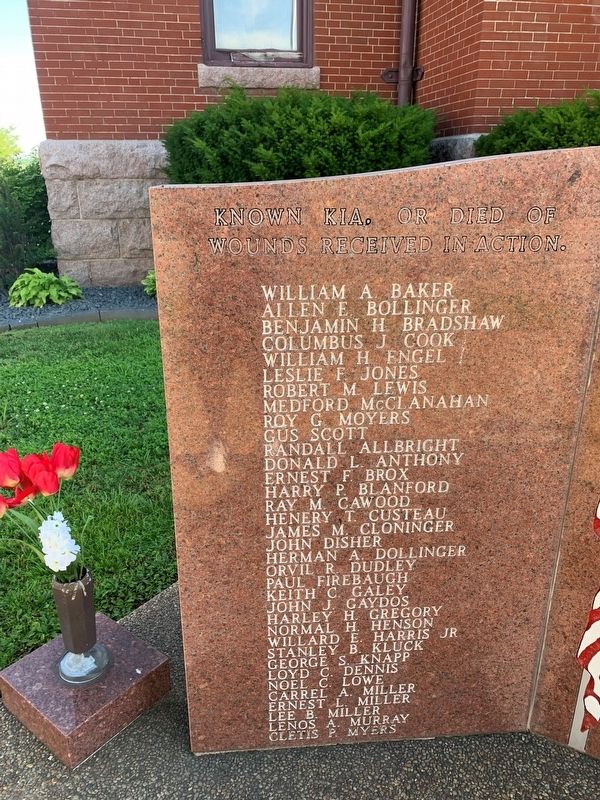 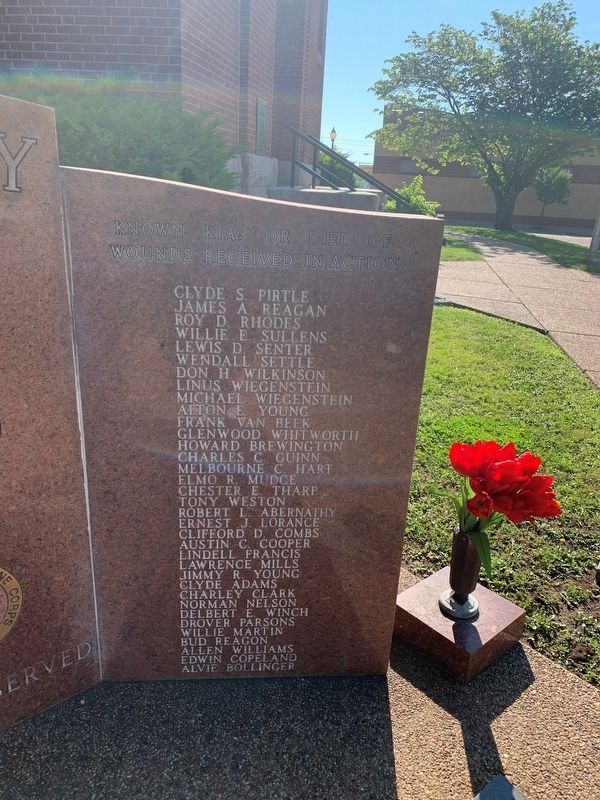 Click or scan to see
this page online
Edwin Copeland, Alvie Bollinger, Other signs In memory Madison Co. Veterans of all wars dedicated by D.A.V. Chapter 69.

Location. 37° 33.591′ N, 90° 17.676′ W. Marker is in Fredericktown, Missouri, in Madison County. Memorial is at the intersection of E. Main and N Main, on the left when traveling east on E. Main. Touch for map. Marker is at or near this postal address: 1 Courth Square, Fredericktown MO 63645, United States of America. Touch for directions. 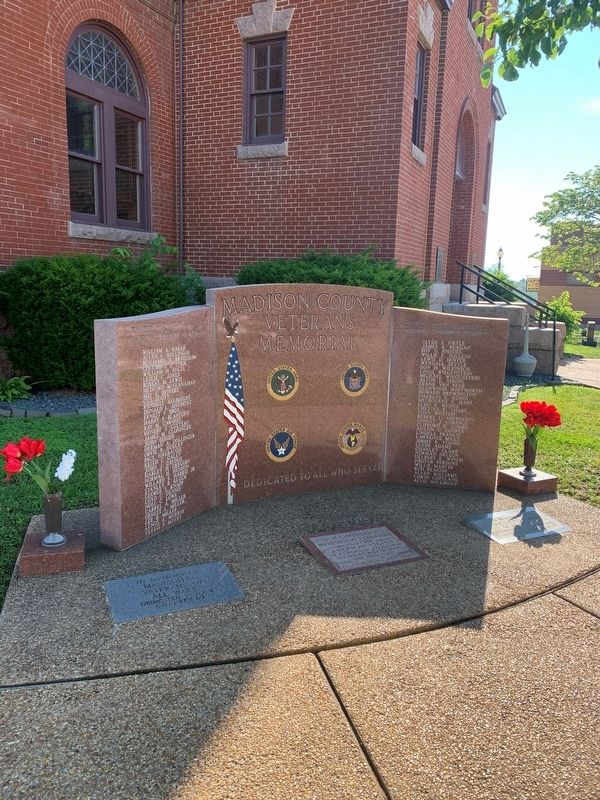 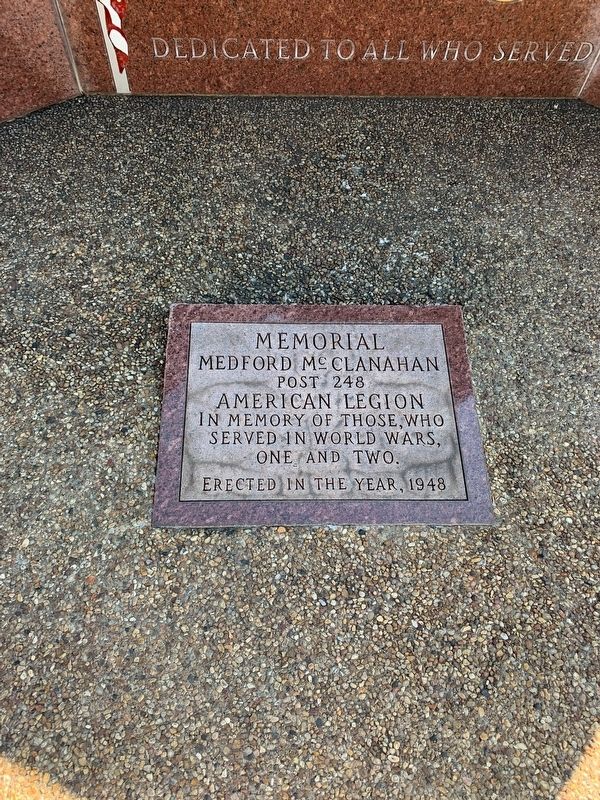 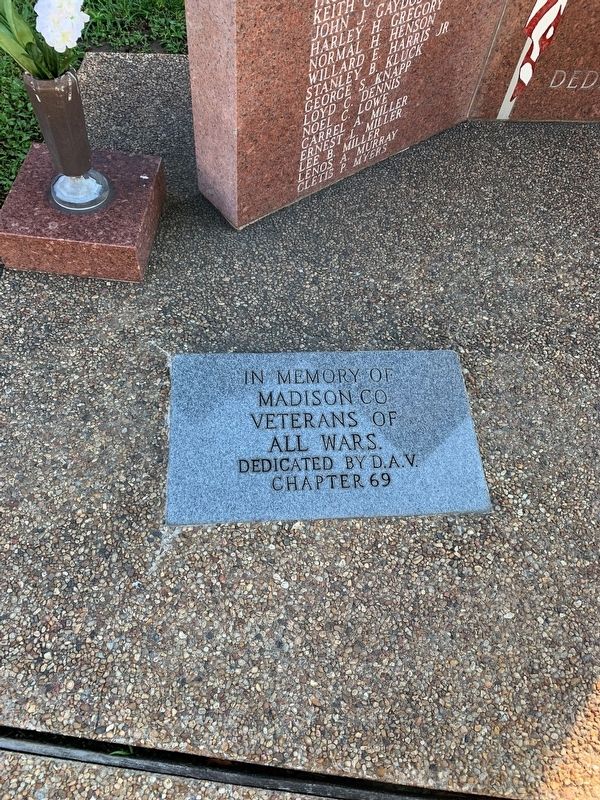