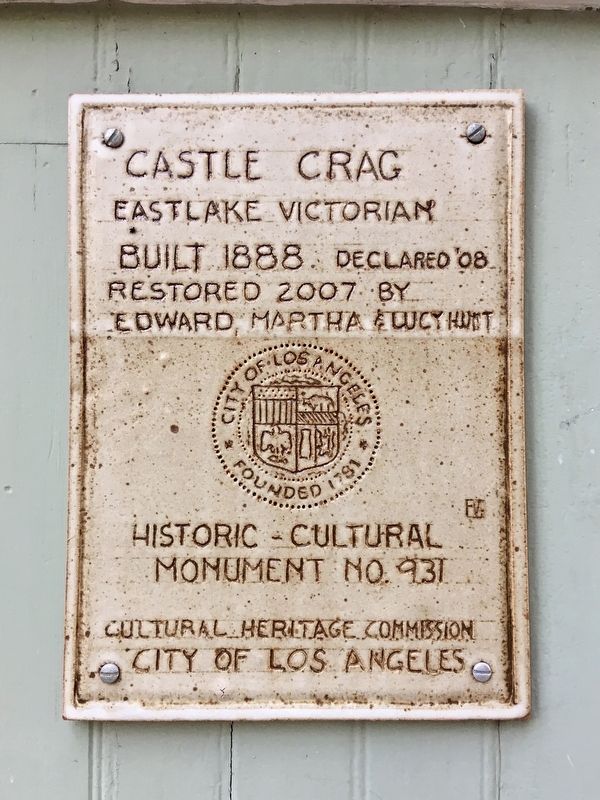 Topics and series. This historical marker is listed in these topic lists: Architecture • Settlements & Settlers. In addition, it is included in the City of Los Angeles Historic-Cultural Monuments series list. A significant historical year for this entry is 1888. 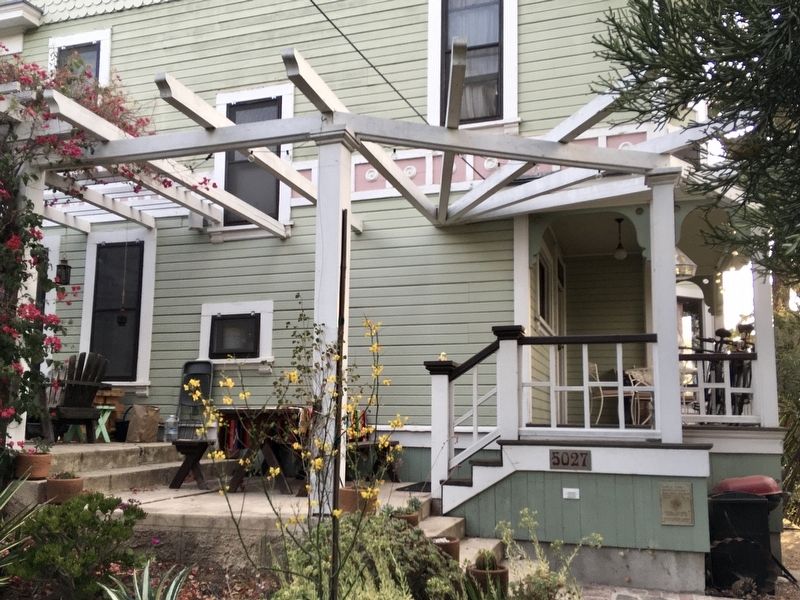 Regarding Castle Crag. This is a 2½-story Queen Anne home with a large turret at the front of the structure. Built on a hillside in 1888 for Howard M. Sale, Castle Crag is one of the few remaining early Pioneer residences built during the Southern California Land Boom of the 1880’s. The structure was at the center of the earliest tract to be carved out of the Rancho San Rafael. The land was re-subdivided in 1906 by then owner E. S. Ellis. In 1910, it was sold to local realtor Charles W. Young and his wife Emma. An undated newspaper article of their early ownership is the first reference to the name “Castle Crag.” After Charles’ death in 1932, Emma E. Young remained in the house until 1957. She was one of the early historians of Eagle Rock and a principal founder of the Eagle Rock Valley Historical Society.

The nearby house at 2818 Rock Glen Ave was once part of the same property, and the home of author John Steinbeck in 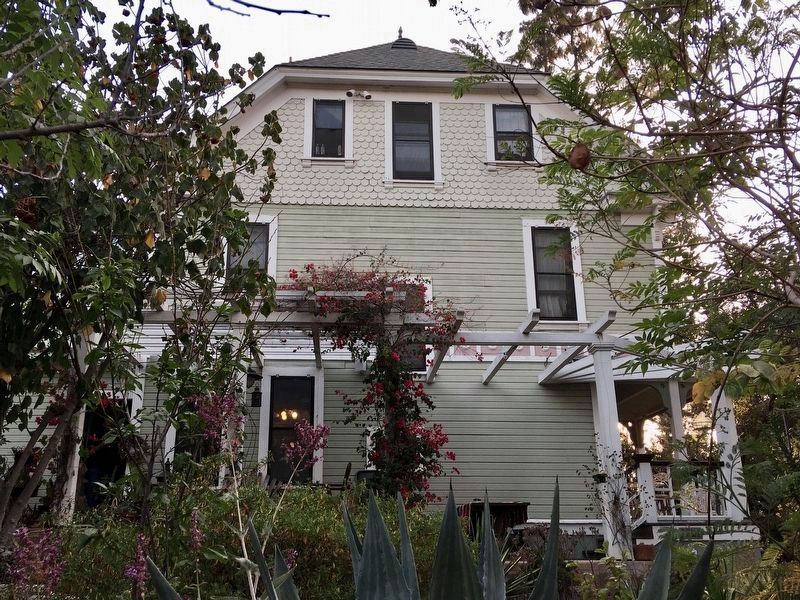 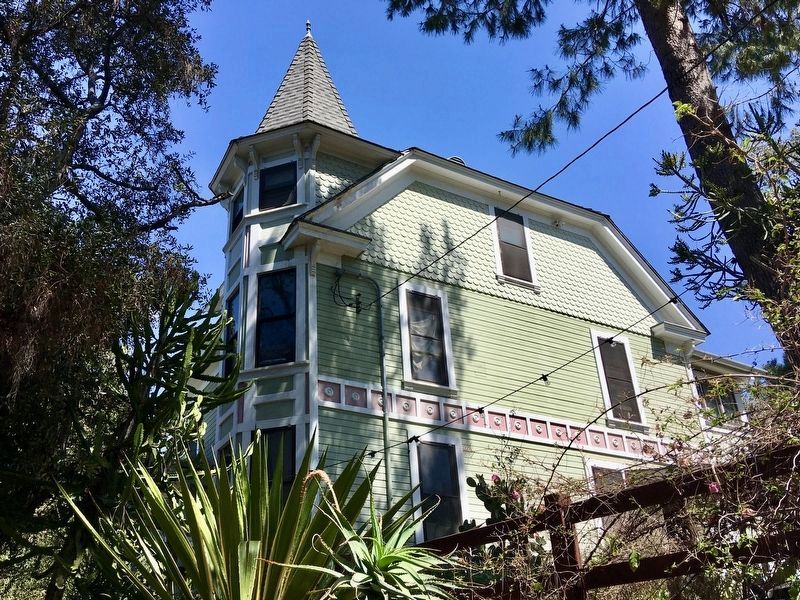