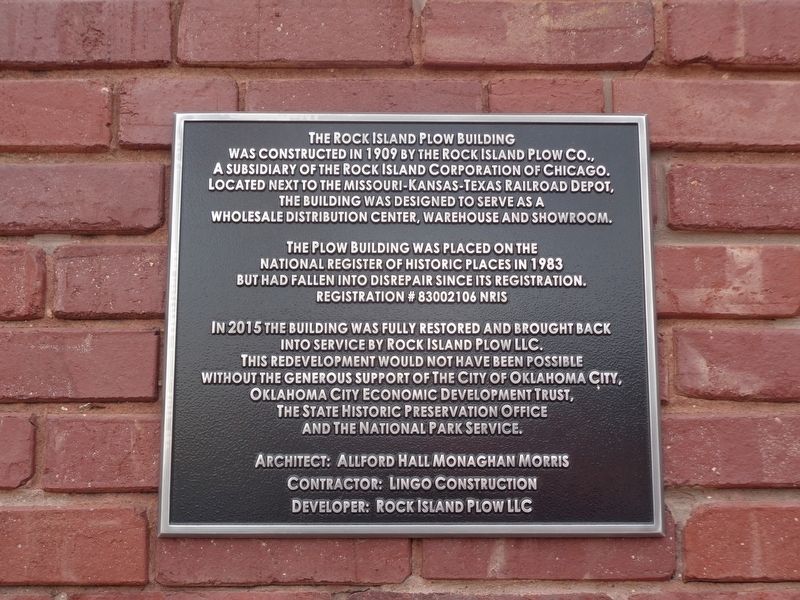 The Plow Building was placed on the National Register of Historic Places in 1983 but had fallen into disrepair since its registration. Registration #83002106 NRIS

In 2015 the building was fully restored and brought back into service by Rock Island Plow LLC. This redevelopment would not have been possible without the generous support of the City of Oklahoma city, Oklahoma City Economic Development Trust, the State Historic Preservation Office and the National Park Service.

Topics. This historical marker is listed in this topic list: Architecture. A significant historical year for this entry is 1909. 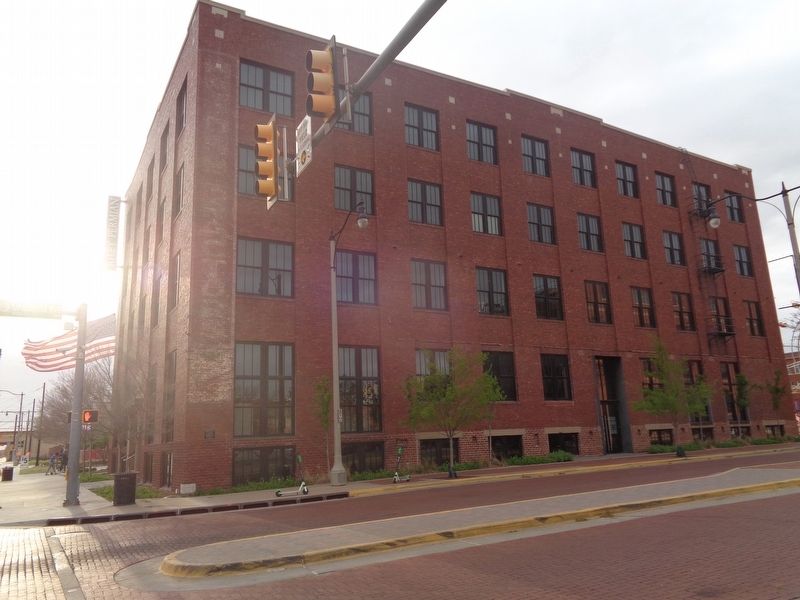 Photographed By Jason Voigt, April 9, 2021
2. The Rock Island Plow Building Marker
Marker is at the corner of the building, facing east