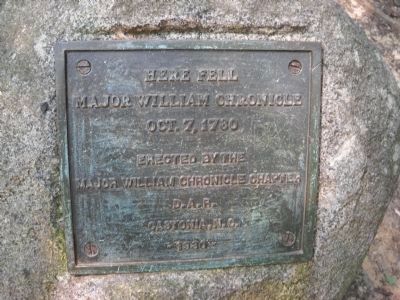 Topics and series. This historical marker is listed in these topic lists: Patriots & Patriotism • War, US Revolutionary. In addition, it is included in the Daughters of the American Revolution (DAR) series list. A significant historical year for this entry is 1780.

Location. 35° 8.632′ N, 81° 22.723′ W. Marker is near Blacksburg, South Carolina, in York County. Marker can be reached from Park Road, on the right when traveling east. Located along a 1.5 mile walking trail around the Kings Mountain Battlefield. Touch for map. Marker is at or near this postal address: 2625 Park Road, Blacksburg SC 29702, United States of America. Touch for directions. 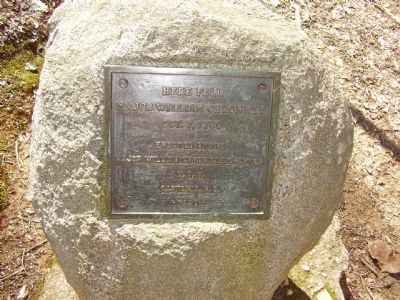 Additional commentary.
1. Major William Chronicle
Major William Chronicle, the soldier and martyr to the cause of liberty at Kings Mountain, was born in the south eastern part of Lincoln county (now Gaston) about 1755. His mother was first married to a Mr. McKee in Pennsylvania, who afterwards removed to North Carolina and settled in Mecklenburg county. By this marriage she had one son, James McKee, 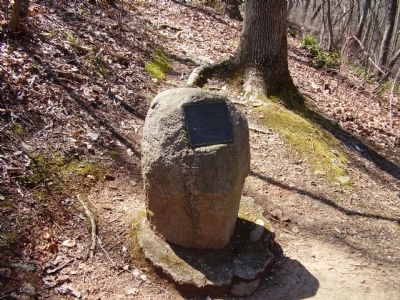 Photographed By Stanley and Terrie Howard, March 29, 2009
3. Major William Chronicle Marker
a soldier of the revolution, and ancestor of the several families of that name in the neighborhood of Armstrong's Ford, on the South Fork of the Catawba. After McKee's death, his widow married Mr. Chronicle, by whom she had an only son, William, who afterward performed a magnanimous part in defence of his country-s rights. The site of the old family mansion is still pointed out by the oldest inhabitants with feelings of lingering veneration. "There," they will tell you, "is the spot where old Mr. Chronicle lived and his brave son, William, was brought up." The universal testimony of all who knew Major Chronicle represented him as the constant,never-tiring advocate of liberty, and as exerting a powerful influence in spreading the principles of freedom throughout the whole lower portion of old Lincoln county. His jovial turn of mind and winning manners, by gaining the good will of all, greatly assisted is making successful his appeals to their patriotism, and promoting the cause of liberty in which he had so zealously embarked.

Major Chronicle's first service was performed as Captain of a company at Purysburg in South Carolina. Early in the fall of 1780, a regiment was raised in Lincoln county, over which Col. William Graham was appointed Colonel; Frederick Hambrite, Lieut. Colonel, and William Chronicle, Major. It is well known that Col. Graham, on account of severe sickness 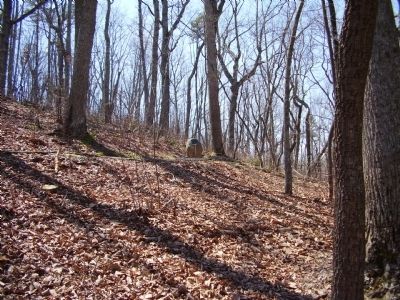 Photographed By Stanley and Terrie Howard, March 29, 2009
4. Major William Chronicle Marker
in his family, was not present at the battle of King's Mountain. The immediate command of the regiment, assisted by Col. Dickson of the county, was then gallantly assumed by these officers, and nobly did they sustain themselves by word and example, in that ever-memorable conflict. Major Chronicle was brave, perhaps to a fault, energetic in his movements, self possessed in danger, and deeply imbued with the spirit of liberty. His last words of encouragement in-leading a spirited charge against the enemy, were "Come on my boys, never let it be said a Fork boy run," alluding to South Fork, near which stream most of them resided.

This patriotic appeal was not given in vain. It nerved evey man for the contest. Onward his brave boys steadily moved forward, Major Chronicle in the advance, and approached within gun-shot of the British forces. Just at this time, a few sharp shooters of the enemy discharged their pieces, and retreated. The brave Chronicle fell mortally wounded, receiving a fatal ball in the breast. Almost at the same time, Capt. John Mattocks and Lieutenants William Rabb and John Boyd, also fell. Major Chronicle was only about twenty-five years old at the time of his death. The late Capt. Samuel Caldwell and his brother William, were both in this battle. William Caldwell brought home Major Chronicle's horse; his sword and spurs passed into the hands of his half 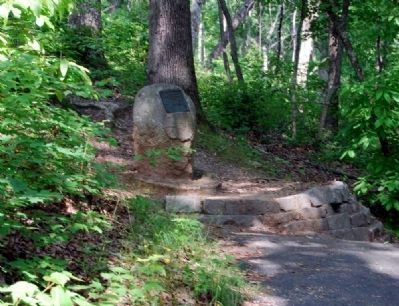 Photographed By Brian Scott, May 14, 2010
5. Major William Chronicle Marker
brother, James McKee, and the venerated memorials are still in possession of one of his sons, who moved many years ago to Tennessee. (Source: Sketches of Western North Carolina, Historical and Biographical by C.L. Hunter (1877), pgs 289-291.)
— Submitted September 11, 2010, by Brian Scott of Anderson, South Carolina. 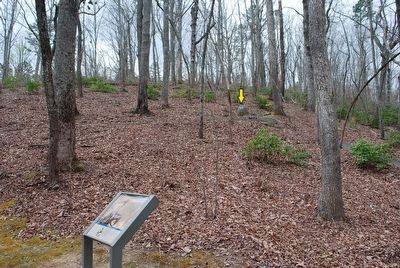 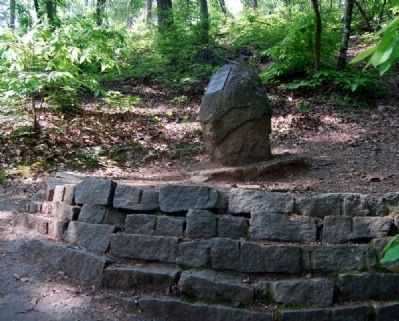 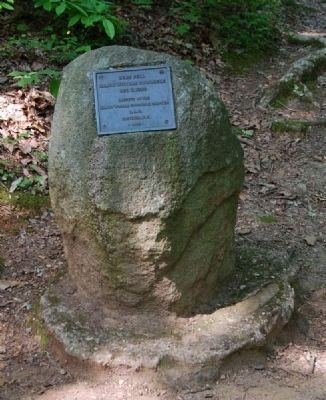