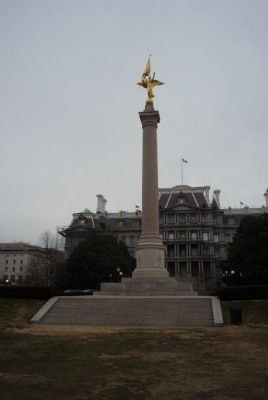 Erected by the memorial association of the First Division and patriotic friends to the memory of the dead of the division who gave their lives in the World War that the liberty and the ideals of our country might endure.

“The Commander-in-Chief has noted in this division a special pride in service and a high state of morale never broken by hardship nor battle.” G.O. 201 AEF, 1918.

The names of our immortal dead 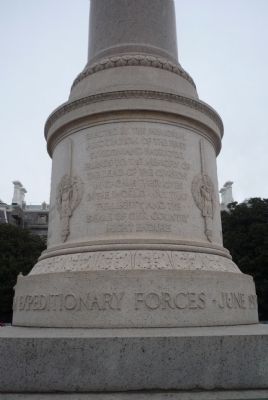 Erected 1957 by members and loyal friends of the First Infantry Division and the Society of the First Division.

[Inscriptions on east wing (added 1977):]
To the Soldiers of the First Infantry Division, United States Army Who Made the Supreme Sacrifice in Vietnam, 12 July 1965 to 3 April 1970. 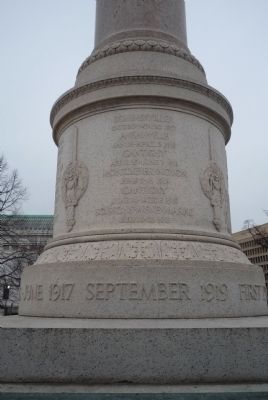 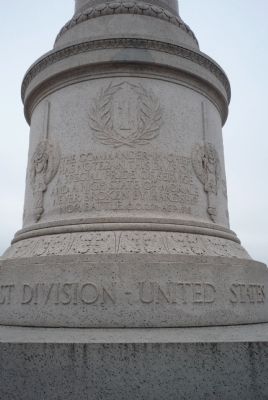 To the Soldiers of the First Infantry Division (MECH) who made the supreme sacrifice in Desert Storm (Iraq and Saudi Arabia), 1991. 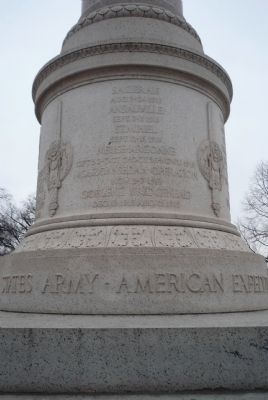 
Erected 1924 by Memorial Association of the First Division. 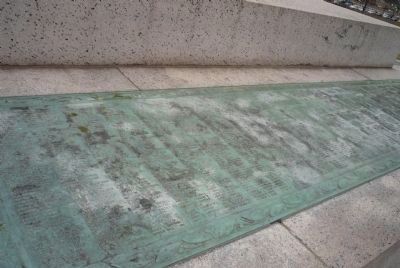 By Richard E. Miller, January 2, 2009
6. First Division War Memorial - Honor Roll, WWI
The "immortal dead."
away); Riggs Bank Medallions (about 800 feet away); The American Red Cross - Harvard Field Hospital Unit (about 800 feet away). Touch for a list and map of all markers in Downtown. 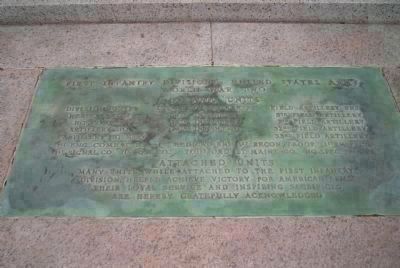 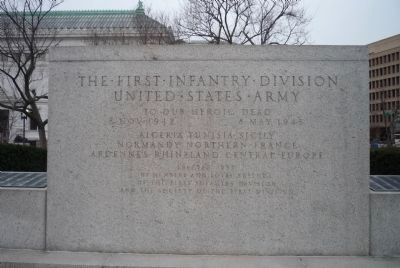 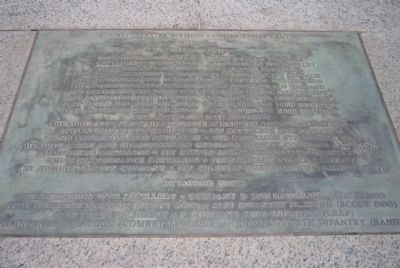 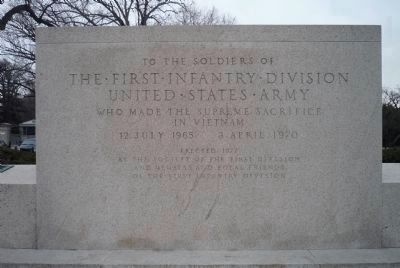 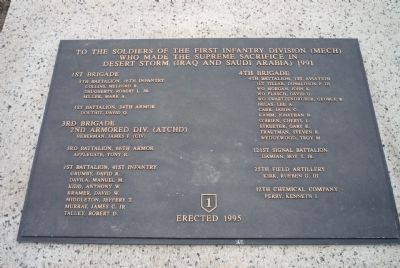