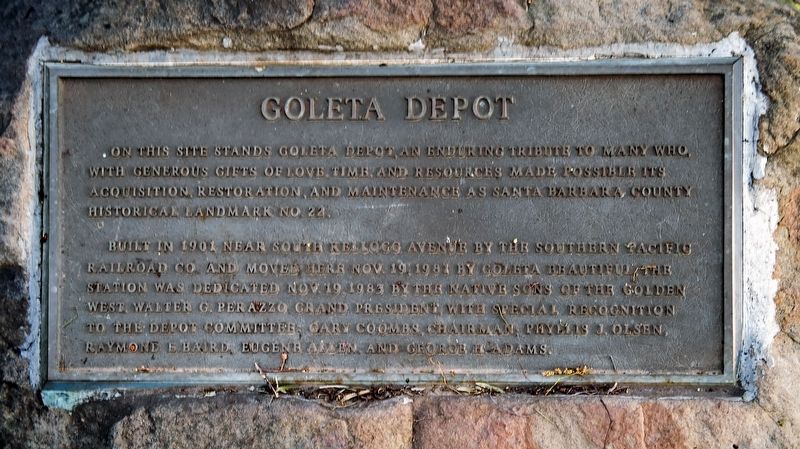 By Alvis Hendley, March 12, 2017
1. Goleta Depot Marker
Inscription.
Goleta Depot. . On this site stands Goleta Depot, an enduring tribute to many who, with generous gifts of love, time, and resources made possible its acquisition, restoration, and maintenance as Santa Barbara County Landmark No. 22.

, Built in 1901 near South Kellogg Avenue by the Southern Pacific Railroad Co. and moved here Nov. 19, 1981 by Goleta Beautiful, the station was dedicated Nov. 19, 1983 by the Native Sons of the Golden West, Walter G. Perazzo Grand President with special recognition to the Depot Committee, Gary Coombs, Chairman, Phyllis J. Olsen, Raymond B. Baird, Eugene Allen, and George H. Adams. . This historical marker was erected in 1983 by Native Sons of the Golden West. It is in Goleta in Santa Barbara County California

On this site stands Goleta Depot, an enduring tribute to many who, with generous gifts of love, time, and resources made possible its acquisition, restoration, and maintenance as Santa Barbara County Landmark No. 22.

Topics and series. This historical marker is listed in this topic list: Railroads & Streetcars. In addition, it is included in the Native Sons/Daughters of the Golden West, and the Southern Pacific Railroad series lists. A significant historical year for this entry is 1901. 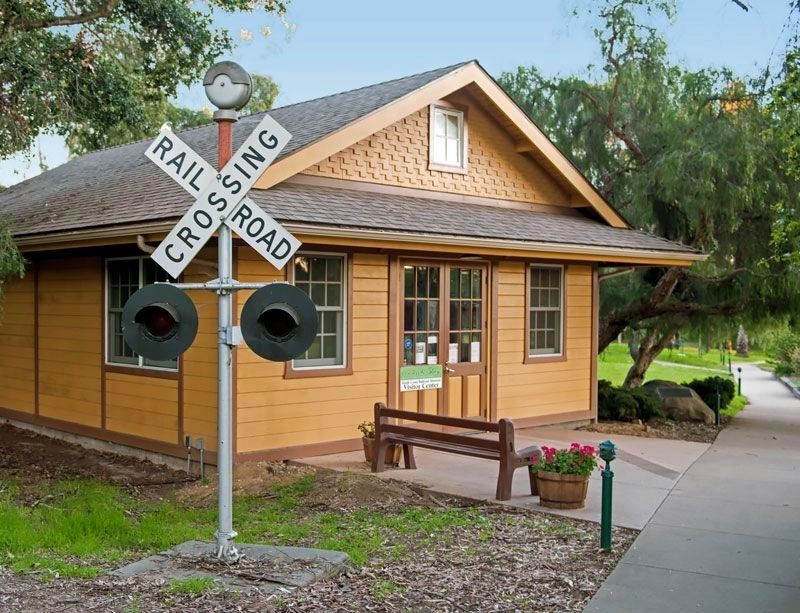 More about this marker. The marker is mounted on a small boulder in front of the Railroad Museum Visitor Center.

Regarding Goleta Depot. Goleta Depot is a Southern Pacific Combination Station No. 22 (CS-22). Southern Pacific used standard plans to simplify the design and construction its depots. Most of these depots were wood-frame buildings in small towns and in the country. From about 1894 until the 1930s, Southern Pacific built at least ninety-one CS-22 depots in California, Nevada, Arizona, Texas, Oregon and Utah.

Eight CS-22 depots were built in Santa Barbara County. Except for Goleta Depot, all were razed by Southern Pacific. Most were gone by 1980.

Goleta Depot was listed on the National Register of Historic Places in rhe year 2001. 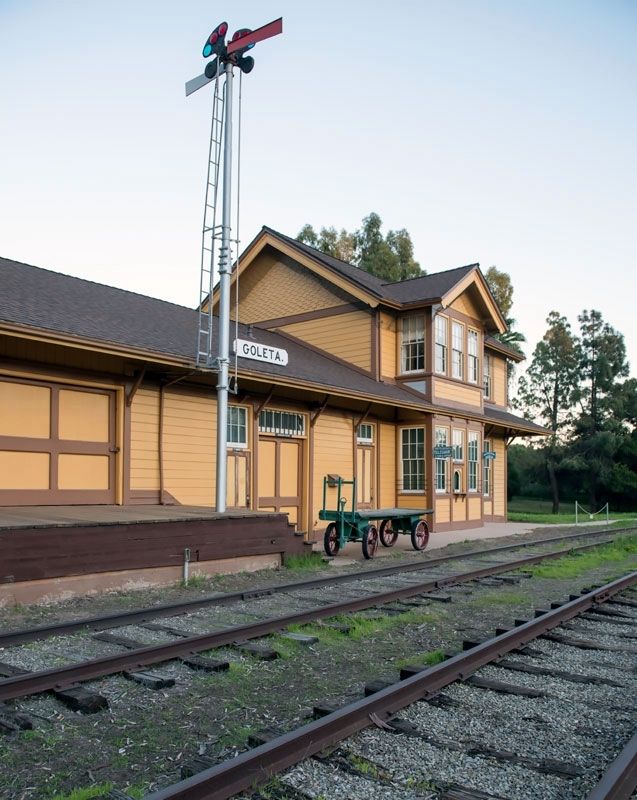 By Alvis Hendley, March 12, 2017
3. Goleta Depot
The railroad tracks are not functional. 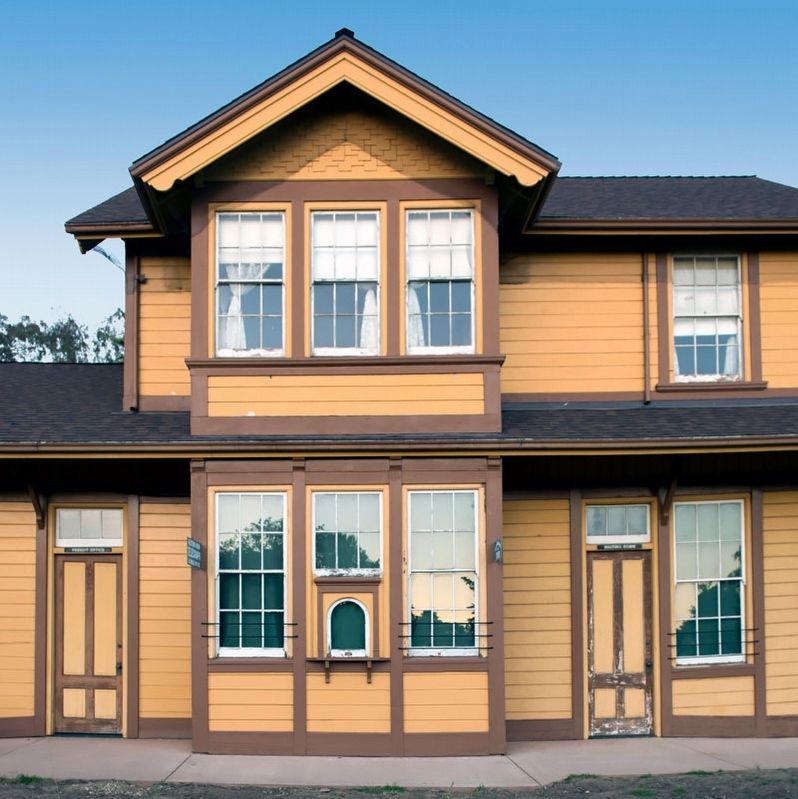