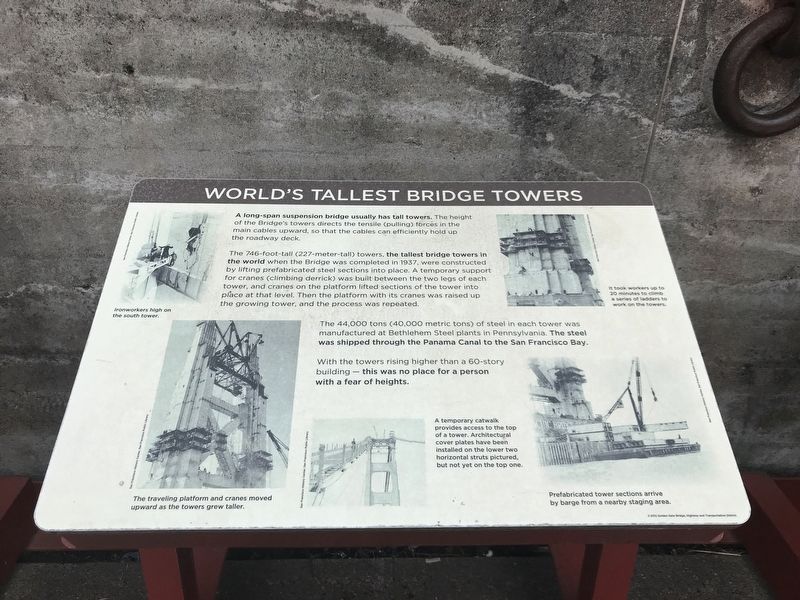 A long-span suspension bridge usually has tall towers. The height of the Bridge's towers directs the tensile (pulling) forces in the main cables upward, so that the cables can efficiently hold up the roadway deck.

The 746-foot-tall (227-meter-tall) towers, the tallest bridge towers in the world when the Bridge was completed in 1937, were constructed by lifting prefabricated steel sections into place. A temporary support for cranes (climbing derrick) was built between the two legs of each tower, and cranes on the platform lifted sections of the tower into place at that level. Then the platform with its cranes was raised up the growing tower, and the process was repeated.

The 44,000 tons (40,000 metric tons) of steel in each tower was manufactured at Bethlehem Steel plants in Pennsylvania. The steel was shipped through the Panama Canal to the San Francisco Bay.

With the towers rising higher than a 60-story building – this was no place for a person with a fear of heights. 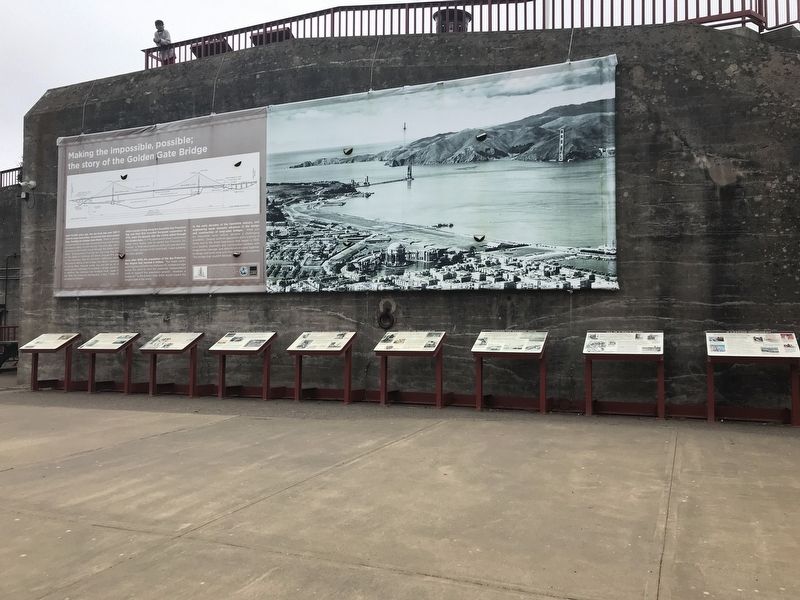 Topics. This historical marker is listed in this topic list: Bridges & Viaducts. A significant historical year for this entry is 1937.