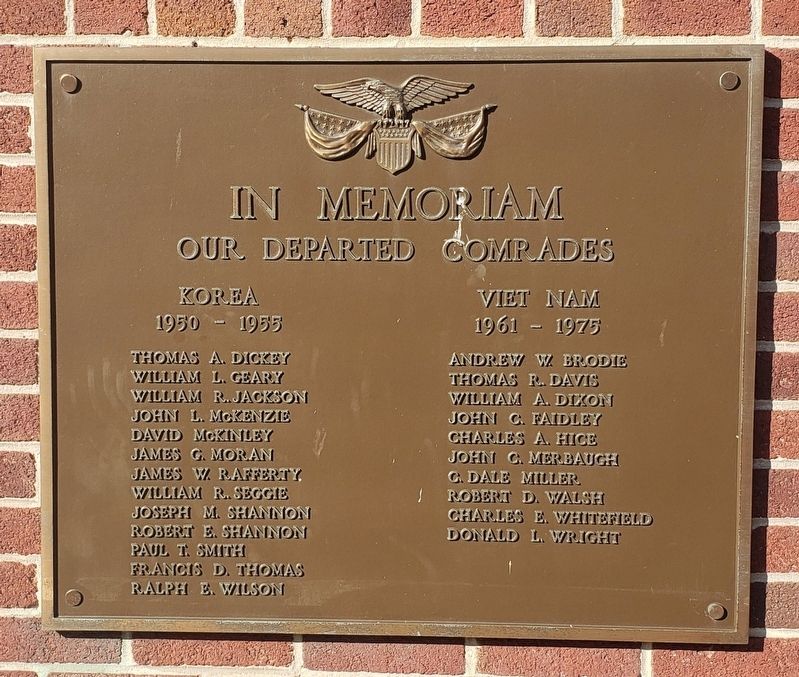 Location. 39° 39.466′ N, 78° 55.708′ W. Marker is in Frostburg, Maryland, in Allegany County. Memorial is at the intersection of West Main Street (Alternate U.S. 40) and South Water Street (Maryland Route 36), on the right when traveling west on West Main Street. Marker is in front of the American Legion Farrady Post No. 24 building. Touch for map. Marker is at or near this postal address: 27 West Main Street, Frostburg MD 21532, United States of America. Touch for directions.

Other nearby markers. At least 8 other markers are within walking distance of this marker. A different marker also named In Memoriam (here, next to this marker); a different 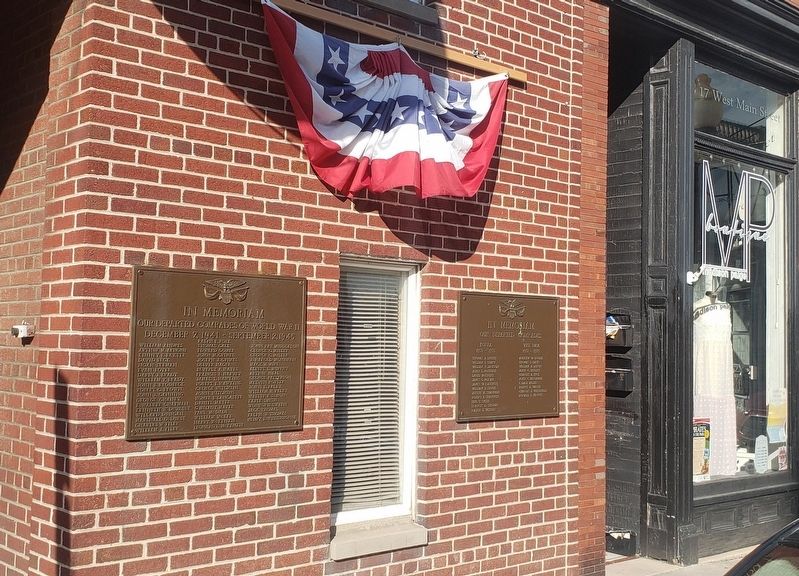 Photographed By Bradley Owen, June 27, 2021
2. In Memoriam Marker
Marker is located on the right side of the photo.

Click or scan to see
this page online
marker also named In Memoriam (a few steps from this marker); Frostburg (within shouting distance of this marker); The Memorial Window (about 400 feet away, measured in a direct line); Frost Graves (about 400 feet away); Braddock Stone (about 400 feet away); St. Michael's Parish Hall (about 500 feet away); The Naming of Frostburg (approx. 0.2 miles away). Touch for a list and map of all markers in Frostburg.
Credits. This page was last revised on July 12, 2021. It was originally submitted on July 8, 2021, by Bradley Owen of Morgantown, West Virginia. This page has been viewed 100 times since then. Photos:   1, 2. submitted on July 8, 2021, by Bradley Owen of Morgantown, West Virginia. • Bill Pfingsten was the editor who published this page.
Share this page.