Standing on This Spot 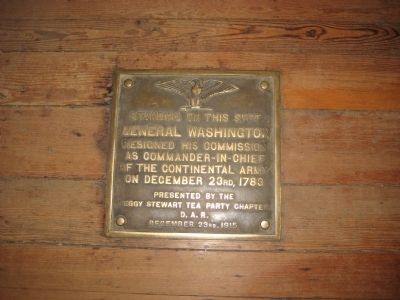 Standing on this spot, General Washington resigned his commission as Commander-in-Chief of the Continental Army on December 23rd, 1783.

Topics and series. This historical marker is listed in this topic list: War, US Revolutionary. In addition, it is included in the Daughters of the American Revolution (DAR), and the Former U.S. Presidents: #01 George Washington series lists. A significant historical month for this entry is December 1754.

Location. 38° 58.727′ N, 76° 29.448′ W. Marker is in Annapolis, Maryland, in Anne Arundel County. Marker can be reached from State Circle near School Street, on the left. Marker is on the floor of the Old Senate Chamber, inside the Maryland State House. Touch for map. Marker is in this post office area: Annapolis MD 21401, United States of America. Touch for directions. 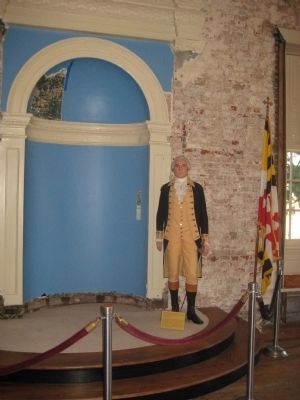 Regarding General Washington. Another historical marker, the Trunk of the Three Mile Oak, marks a notable tree on the outskirts of Annapolis where Washington met prominent citizens of Annapolis and the new country, on his way to the State House to resign his commission. 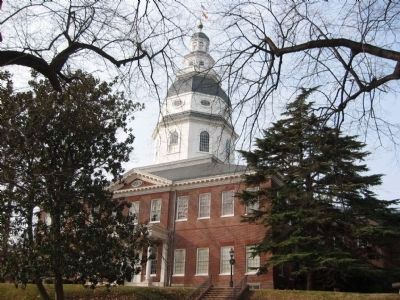 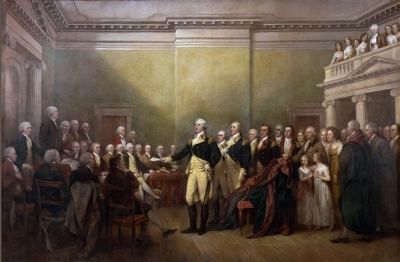