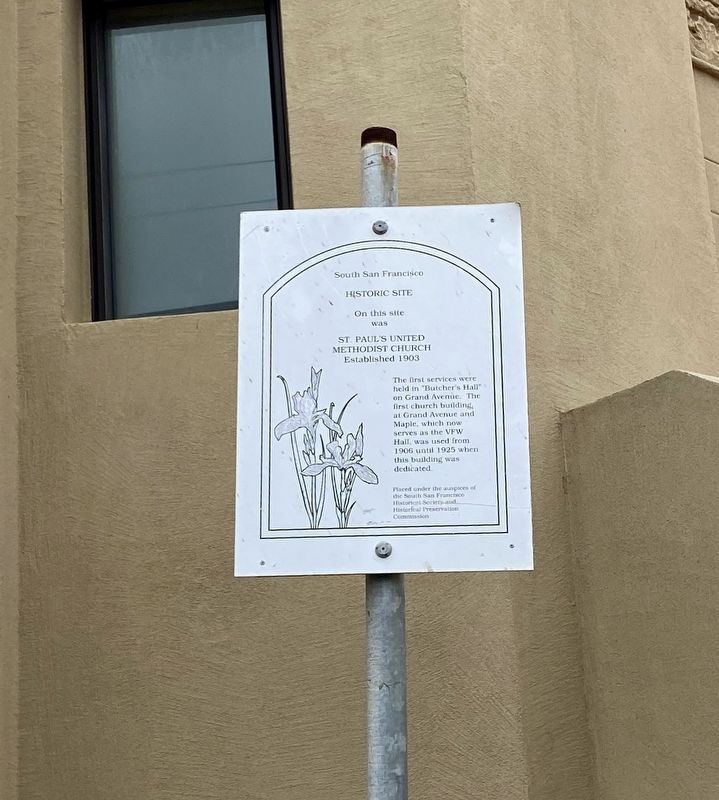 On this site was St. Paul's United Methodist Church
Established 1903

The first services were held in "Butcher's Hall" on Grand Avenue. The first church building, at Grand Avenue and Maple, which now serves as the VFW Hall, was used from 1906 until 1925 when this building was dedicated.

Topics. This historical marker is listed in this topic list: Churches & Religion. A significant historical year for this entry is 1903. 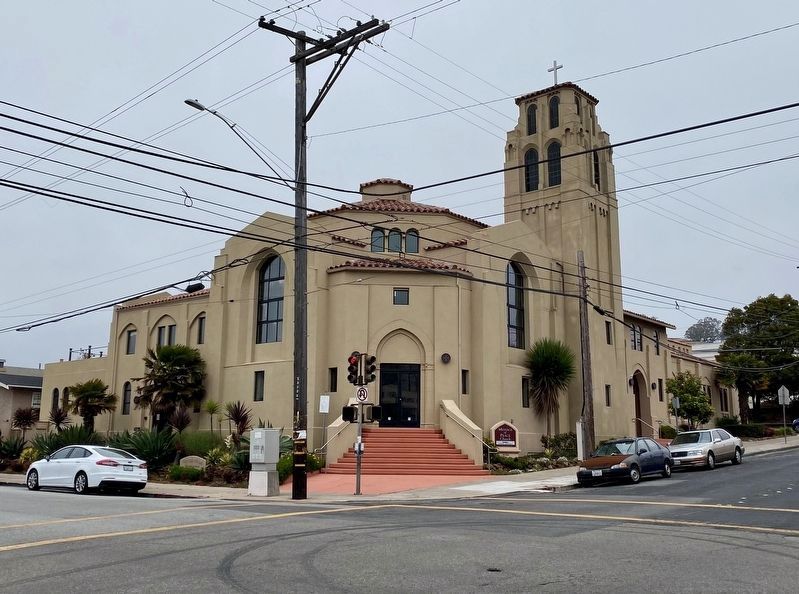 Photographed By Andrew Ruppenstein, July 7, 2021
2. St. Paul's United Methodist Church and Marker
The marker is visible here just to the left of the steps.