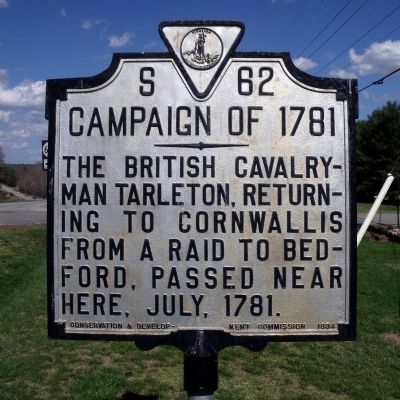 Photographed By Bernard Fisher, March 29, 2009
1. Campaign of 1781 Marker
Inscription.
Campaign of 1781. . The British cavalryman Tarleton, returning to Cornwallis from a raid to Bedford, passed near here, July, 1781. . This historical marker was erected in 1934 by Conservation and Development Commission.. It is Near Dinwiddie in Dinwiddie County Virginia

The British cavalryman Tarleton, returning to Cornwallis from a raid to Bedford, passed near here, July, 1781.

Topics and series. This historical marker is listed in this topic list: War, US Revolutionary. In addition, it is included in the Virginia Department of Historic Resources series list. A significant historical month for this entry is July 1781. 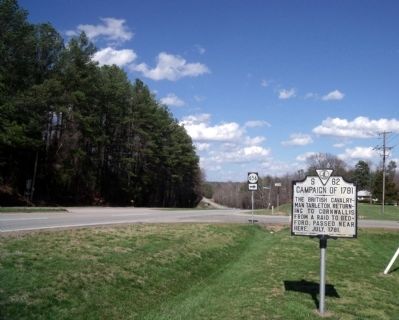 More about this marker. The Virginia Department of Historic Resources announced the retirement of this marker on July 16, 2015. There are no immediate plans for its replacement.

Related marker. Click here for another marker that is related to this marker. New Marker At This Location also titled "Campaign of 1781".