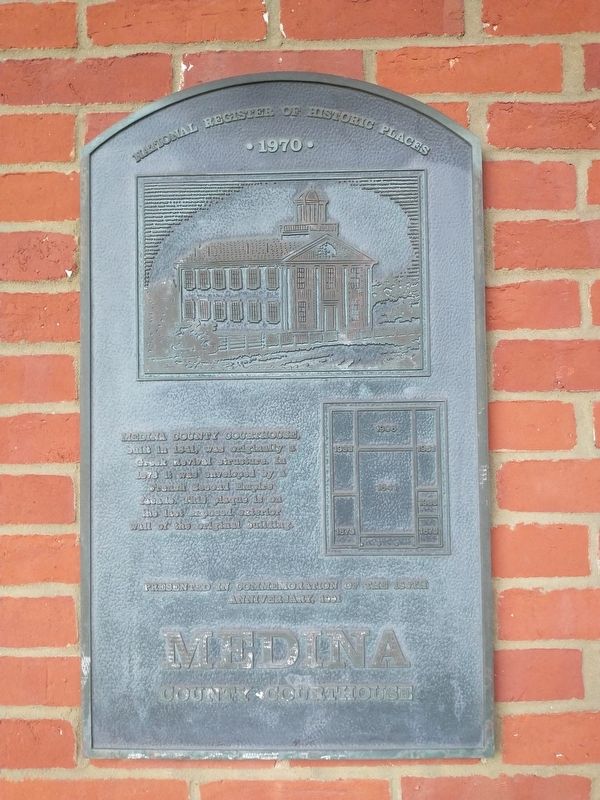 Medina County Courthouse, built in 1841, was originally a Greek Revival structure. In 1873 it was enveloped by a French Second Empire facade. This plaque is on the last exposed exterior wall of the original building.

Erected 1991 by Medina County, presented in commemoration of the 150th anniversary.

Topics. This historical marker is listed in these topic lists: Architecture • Government & Politics. A significant historical year for this entry is 1970. 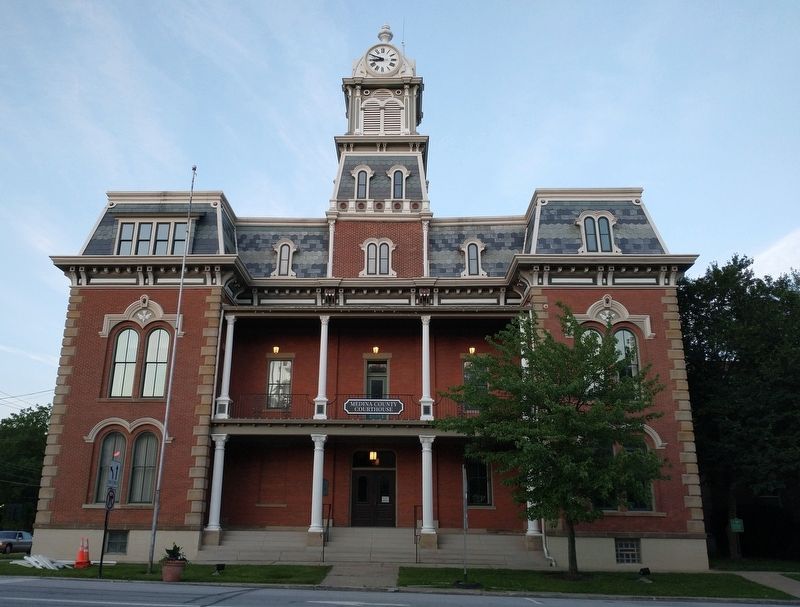