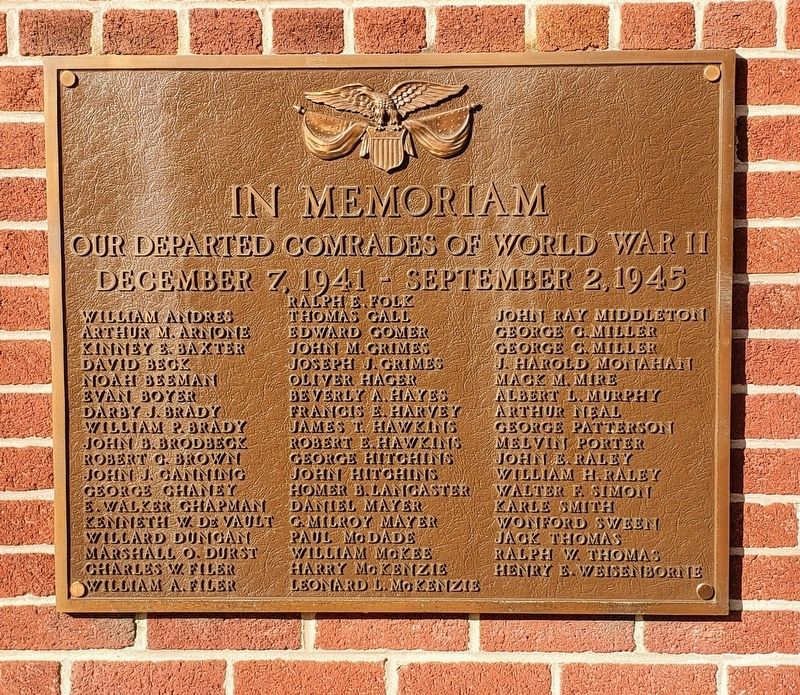 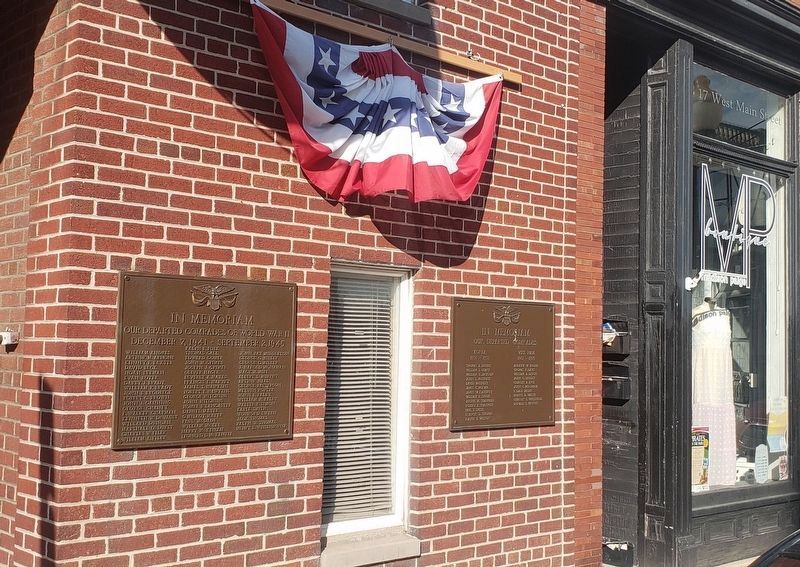 Click or scan to see
this page online
N, 78° 55.711′ W. Marker is in Frostburg, Maryland, in Allegany County. Memorial is at the intersection of Main Street (Alternate U.S. 40) and South Water Street (Maryland Route 36), on the right when traveling west on Main Street. Marker is in front of the American Legion Farrady Post No. 24 building. Touch for map. Marker is at or near this postal address: 27 Main Street, Frostburg MD 21532, United States of America. Touch for directions. 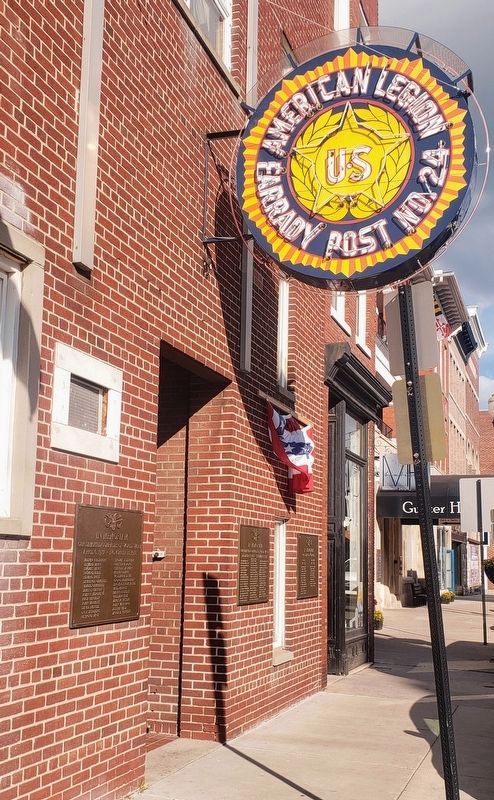