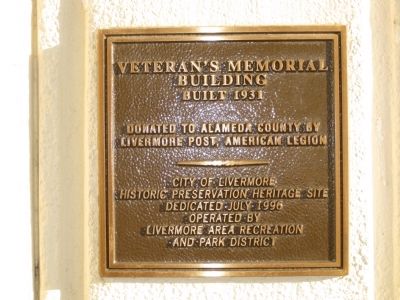 Topics. This historical marker is listed in this topic list: Notable Buildings. A significant historical date for this entry is July 17, 1996. 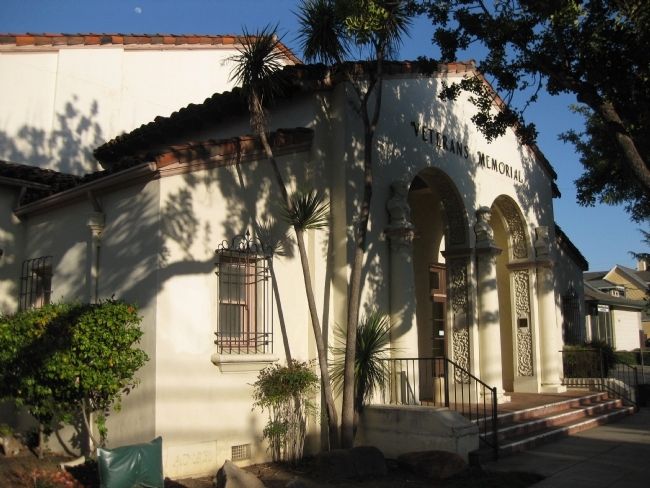 Photographed By Andrew Ruppenstein, April 5, 2009
2. Veteran's Memorial Building (Constructed 1931) - Entrance View
Note barely visible in the shadows, supported by three semi-columns, are busts of three men, likely representing the three branches of the armed forces as they existed at the time of the building's construction: the army, navy, and marines.

More about this marker. Marker is located to the right of the front entrance. 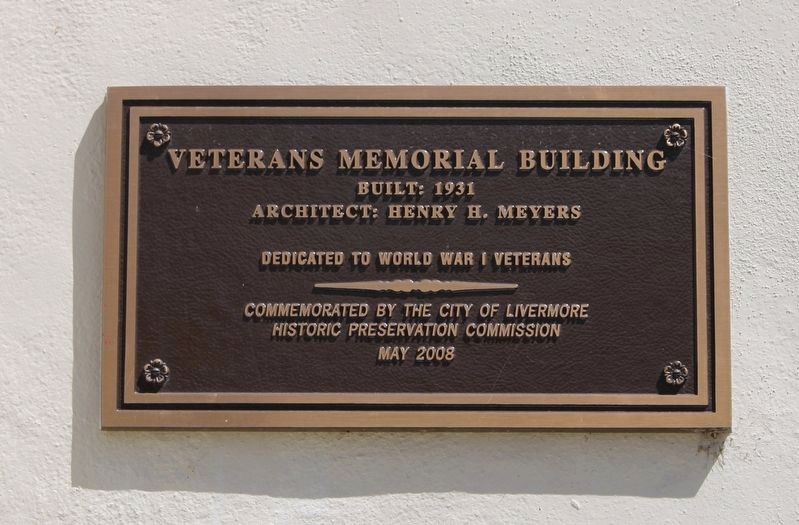 Photographed By Joseph Alvarado, April 3, 2022
3. Veteran's Memorial Building Marker
A second marker around the corner a few feet away. 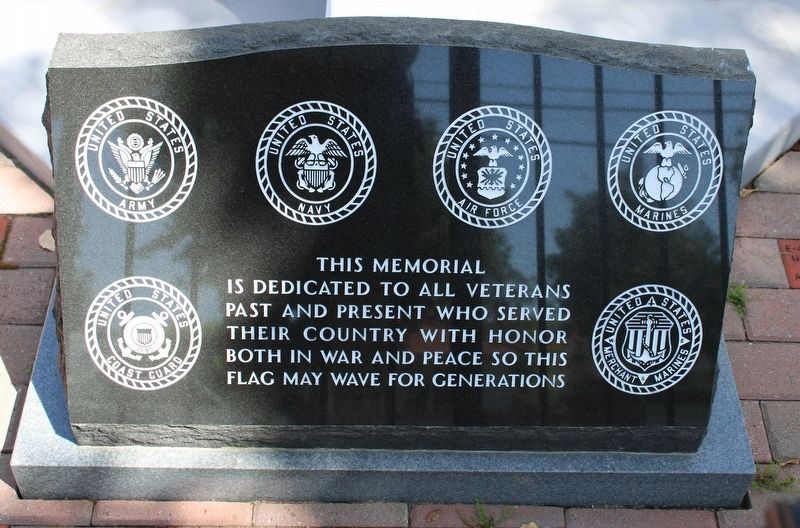 Photographed By Joseph Alvarado, April 3, 2022
4. Veterans Memorial
At the base of the flag pole 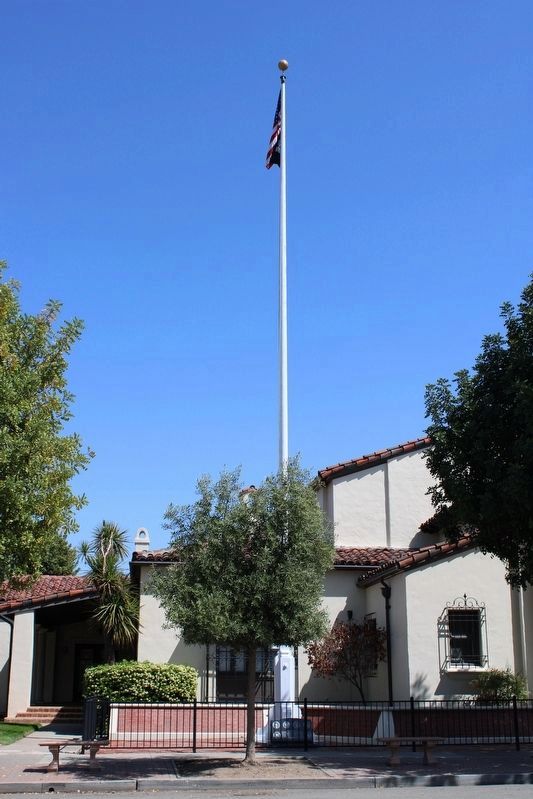