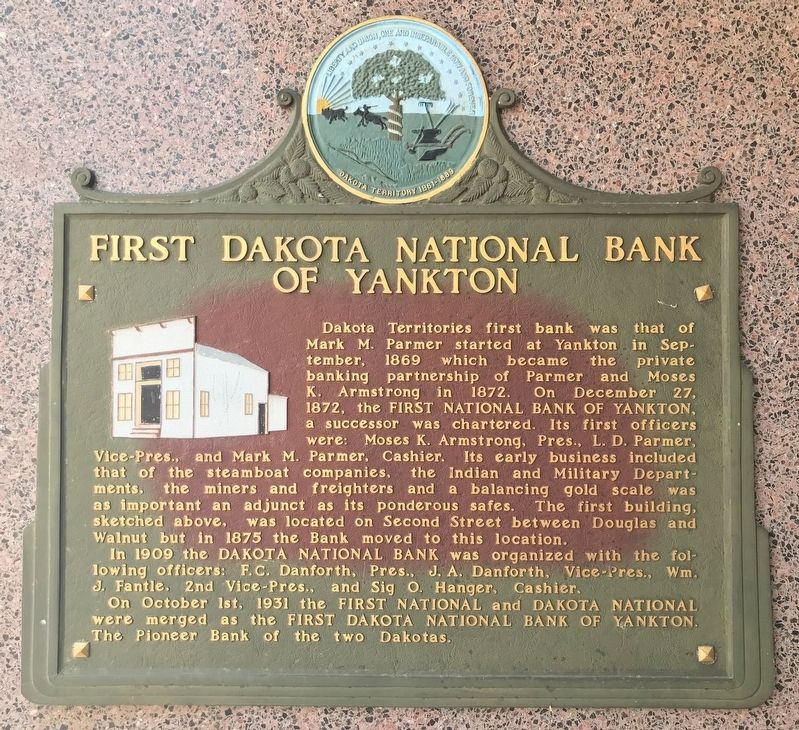 Dakota Territories first bank was that of Mark M. Parmer started at Yankton in September, 1869 which became the private banking partnership of Parmer and Moses K. Armstrong in 1872. On December 27, 1872, the First National Bank of Yankton, a successor was chartered. Its first officers were: Moses K. Armstrong, Pres., L. D. Parmer, Vice-Pres., and Mark M. Parmer, Cashier. Its early business included that of the steamboat companies, the Indian and Military Departments, the miners and freighters and a balancing gold scale was as important an adjunct as its ponderous safes. The first building, sketched above, was located on Second Street between Douglas and Walnut but in 1875 the Bank moved to this location. 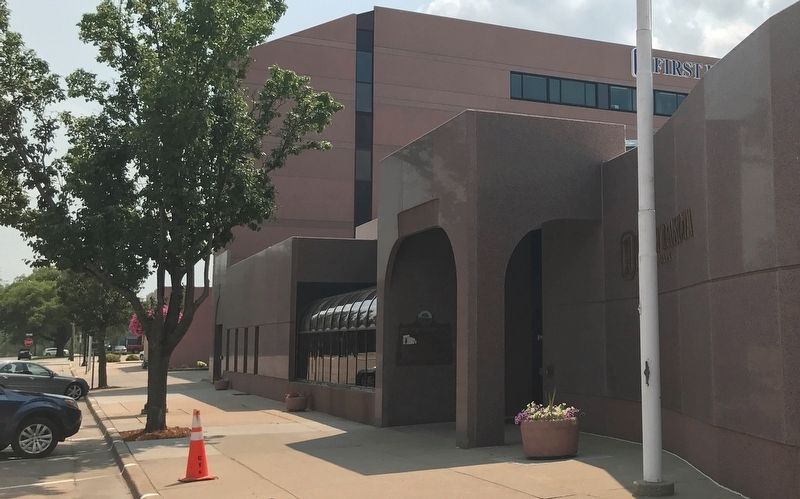 
Topics and series. This historical marker is listed in this topic list: Industry & Commerce. In addition, it is included in the South Dakota State Historical Society Markers series list.