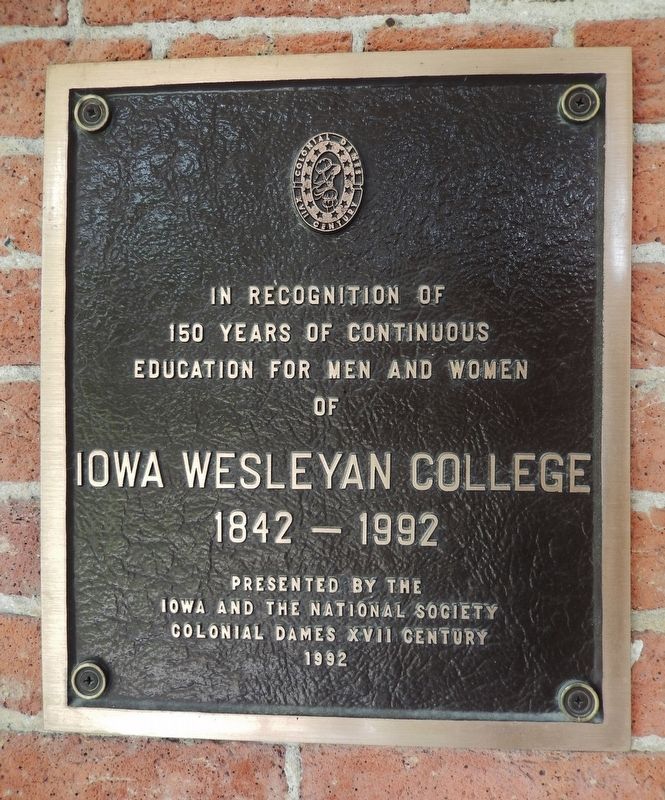 Topics and series. This historical marker is listed in this topic list: Education. In addition, it is included in the The Colonial Dames XVII Century, National Society series list. A significant historical year for this entry is 1842.

Location. 40° 58.447′ N, 91° 33.215′ W. Marker is in Mount Pleasant, Iowa, in Henry County. Marker can be reached from North Broadway Street south of East Broad Street, on the left when traveling south. Marker is mounted at eye-level on the right side of the Pioneer Hall entrance at Iowa Wesleyan University. Touch for map. Marker is at or near this postal address: 601 North Main Street, Mount Pleasant IA 52641, United States of America. Touch for directions. 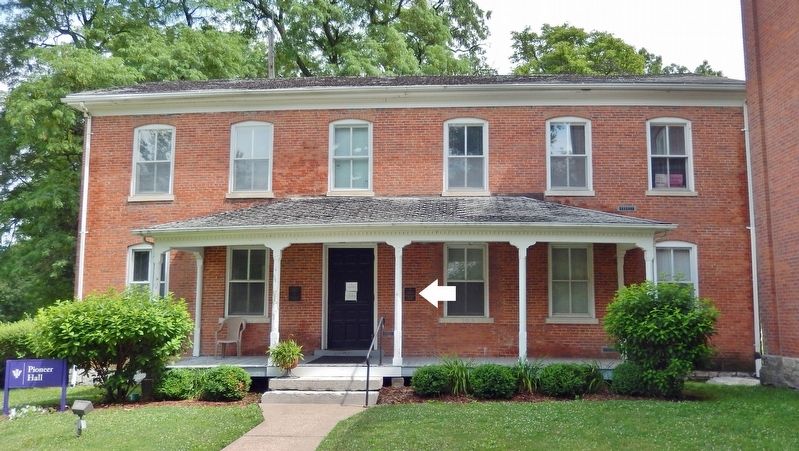 Click or scan to see
this page online
distance of this marker); Votes For Women (within shouting distance of this marker); James Harlan (about 500 feet away, measured in a direct line); Das Deutsches Kollegium (about 600 feet away); Harlan Hotel (approx. 0.4 miles away); Replica of the Statue of Liberty (approx. 0.6 miles away). Touch for a list and map of all markers in Mount Pleasant. 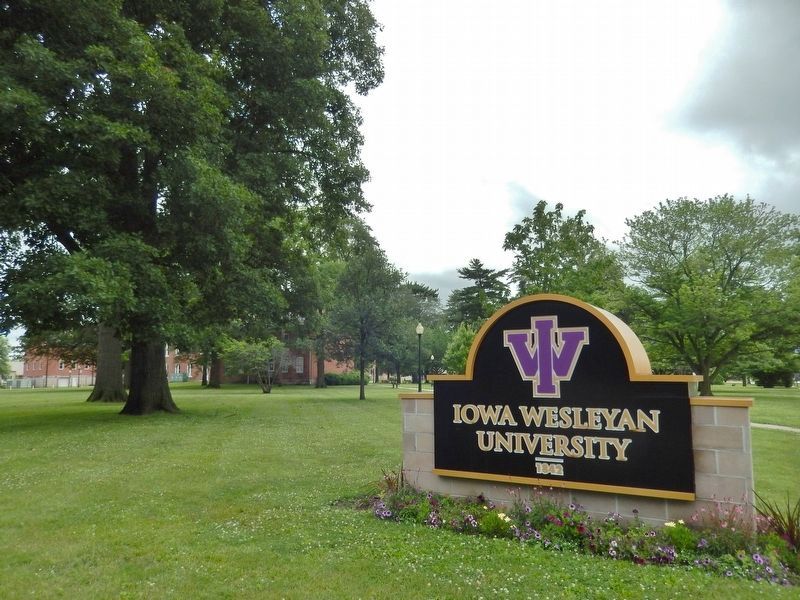