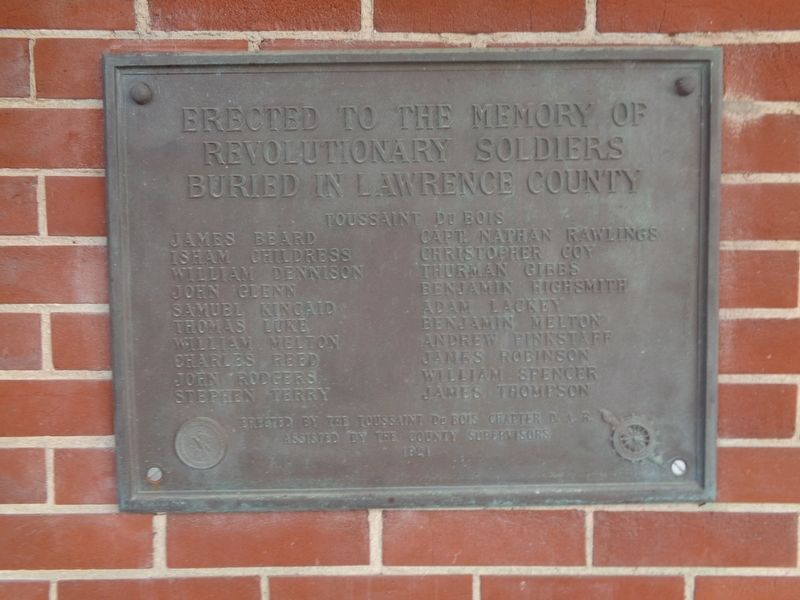 Erected to the Memory of Revolutionary Soldiers buried in Lawrence County

Topics and series. This memorial is listed in this topic list: War, US Revolutionary. In addition, it is included in the Daughters of the American Revolution series list.

Location. 38° 43.754′ N, 87° 40.956′ W. Marker is in Lawrenceville, Illinois, in Lawrence County. Memorial is on State Street (Business U.S. 50) east of 12th Street, on the right when traveling east. Memorial is mounted at the entrance of Lawrence County Courthouse. Touch for map. Marker is at or near this postal address: 1100 US-50 BUS, Lawrenceville IL 62439, United States of America. Touch for directions. 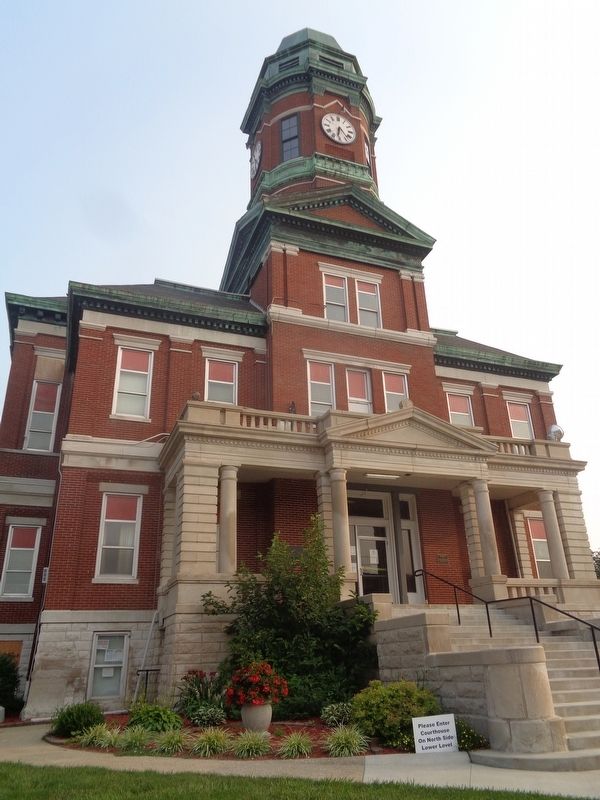 By Jason Voigt, July 22, 2021
2. Revolutionary Soldiers Buried in Lawrence County Memorial
Marker is mounted at the entrance of Lawrence County Courthouse (on the left; it is partly obscured by a shrub)