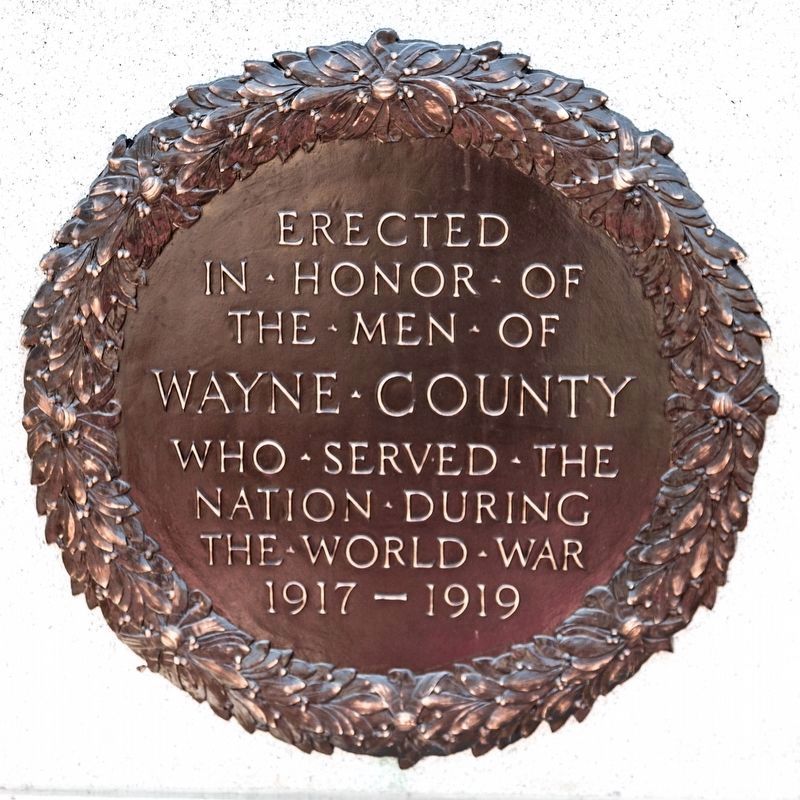 Erected in honor of the men of Wayne County who served the nation during the World War, 1917–1919. 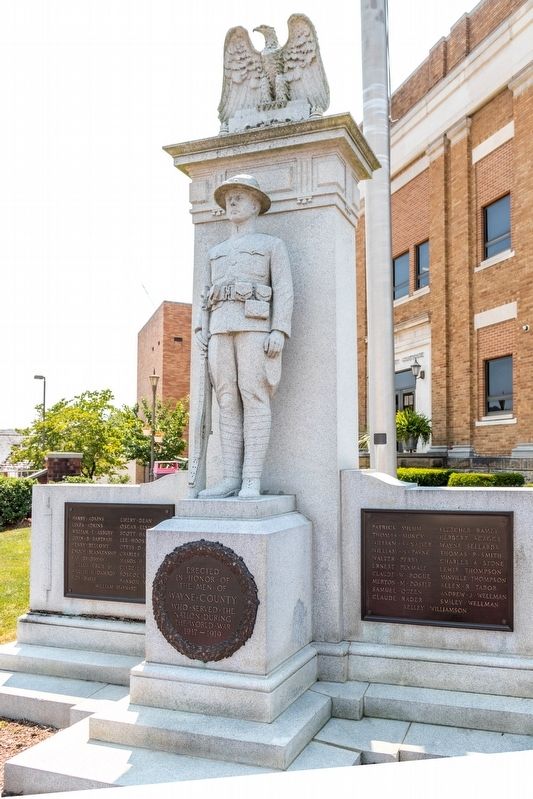 Click or scan to see
this page online
152), on the right when traveling east on North Court Street. It is on the northeast corner of the courthouse. Touch for map. Marker is at or near this postal address: 700 Hendricks St, Wayne WV 25570, United States of America. Touch for directions. 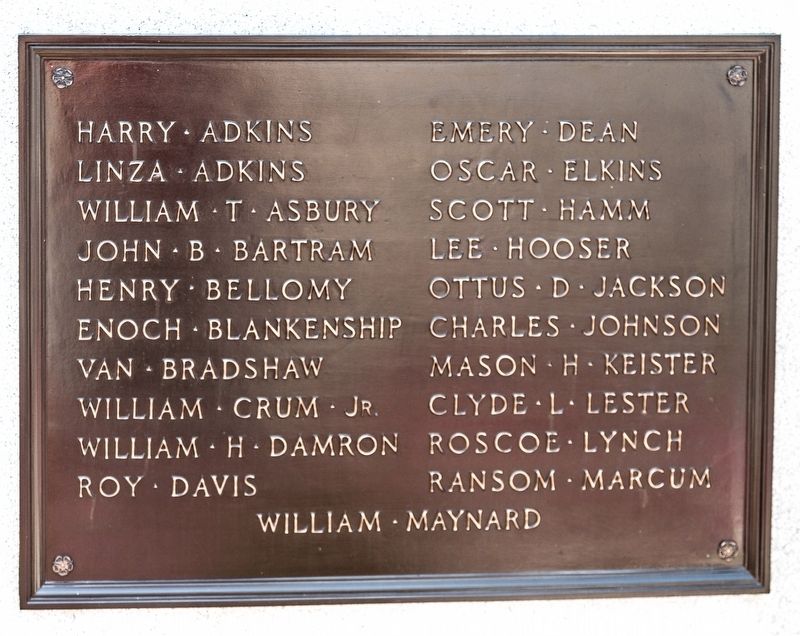 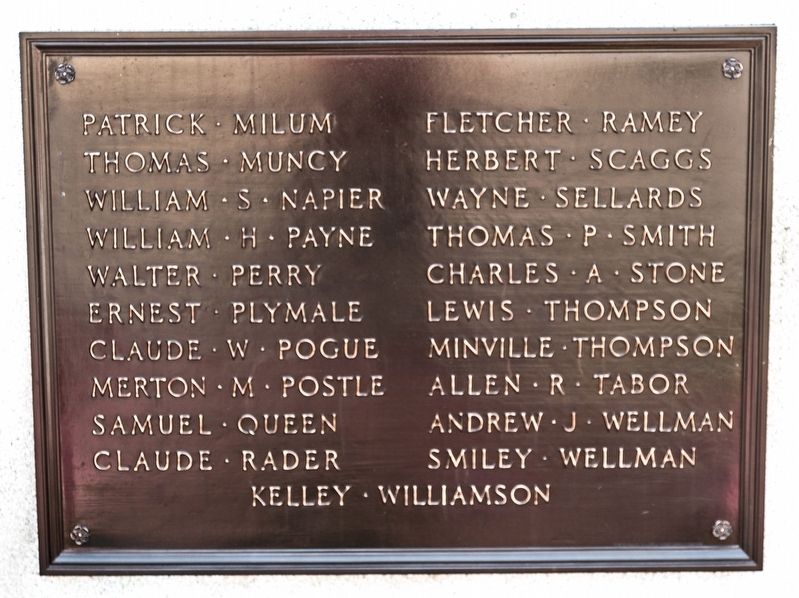