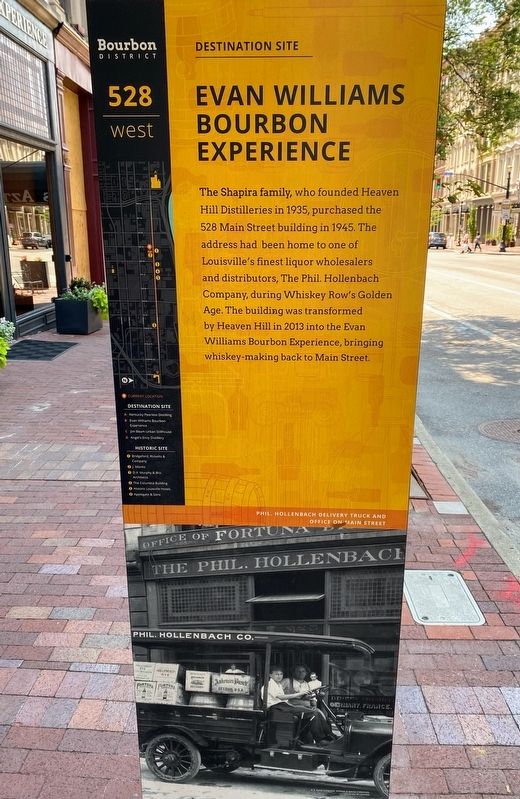 The Shapira family, who founded Heaven Hill Distilleries in 1935, purchased the 528 Main Street building in 1954. The address had been home to one of Louisville's finest liquor wholesalers and distributors, the Phil. Hollenbach Company, during Whiskey Row's Golden Age. The building was transformed by Heaven Hill in 2013 into the Evan Williams Bourbon Experience, bringing whiskey-making back to Main Street.

Inside the immersive Evan Williams Bourbon Experience you'll meet the pioneering distiller, Evan Williams, and see Louisville come alive in 1783. You can also experience an original small batch bourbon being made in the artisanal distillery and enjoy a taste of Evan Williams bourbon in celebration of "Louisville's First Commercial Distiller."

Topics. This historical marker is listed in this topic list: Industry & Commerce. A significant historical year for this entry is 1783. 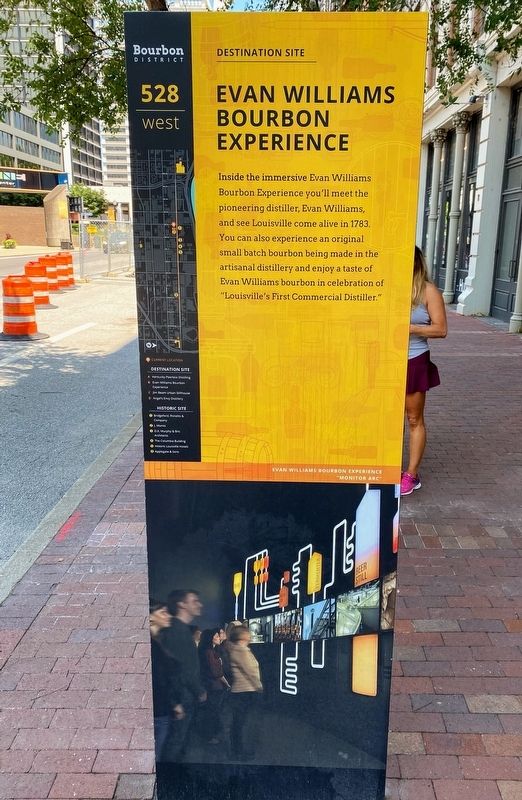 Click or scan to see
this page online
stands in front of the Evan Williams Bourbon Experience Distillery. Touch for map. Marker is at or near this postal address: 526 W Main St, Louisville KY 40202, United States of America. Touch for directions.

Editor’s want-list for this marker. A wide shot of the marker in context • Can you help?
Share this page.