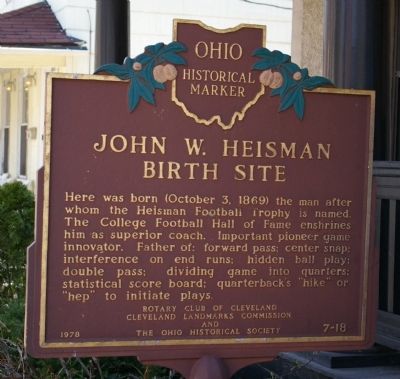 Erected 1978 by the Rotary Club of Cleveland, the Cleveland Landmarks Commission, and the Ohio Historical Society. (Marker Number 7-18.)

Topics and series. This historical marker is listed in this topic list: Sports. In addition, it is included in the Ohio Historical Society / The Ohio History Connection series list.

Other nearby markers. At least 8 other markers are within walking distance of this marker. Saint Ignatius High School (about 700 feet away, measured 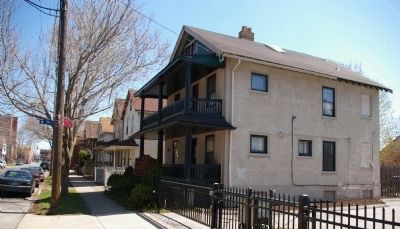 Photographed By Christopher Busta-Peck, April 12, 2009
2. House with Heisman Birth Site marker in front of it
This house is neither the house in which Heisman was born, nor is it on the location of the house where he was born.

More about this marker. The marker is not actually in front of the Heisman birth site. Due to a street number change, the marker was placed in front of the wrong house - the actual house on the location of his birth site is .4 miles away, on the opposite side of the road.


Heisman's birthplace is at 3928 Bridge Avenue. The change of location is especially notable as the structure in question at 3928 appears to be the actual house that Heisman was born in, whereas the one that the marker is in front of was built at a later date. The documents below illustrate the plot of land owned by the Heisman family and the house existing on that plot of land. 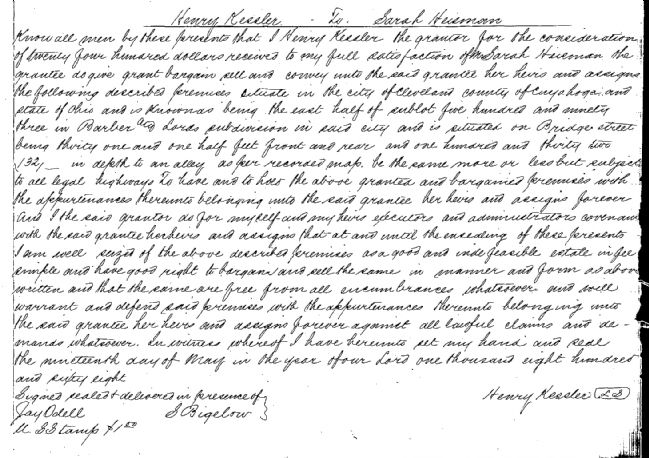 3. Deed transfering property from Henry Kessler to Sarah Heisman
This deed, held by the Cuyahoga County Recorder (AFN: 186805220011) recorded on May 22, 1868, documents the transfer of "the east half of sublot five hundred and ninety three in Barber and Lord's subdivision in said city". 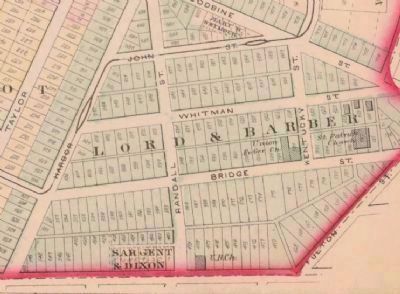 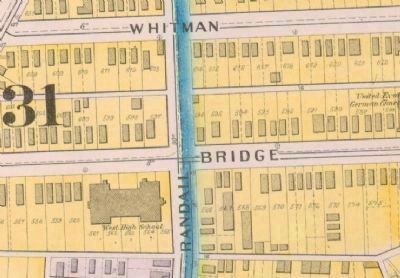 5. Barber and Lord's Subdivision in 1892
Note that the relatively small outline of the house on the east half of sublot 593 and that it is placed closer to the east side of the lot than the existing structure. This selection is taken from leaf 53 of the 1892 Atlas of Cuyahoga County and the City of Cleveland, Ohio. The full plate may be viewed at: http://cplorg.cdmhost.com/u?/p4014coll24,158 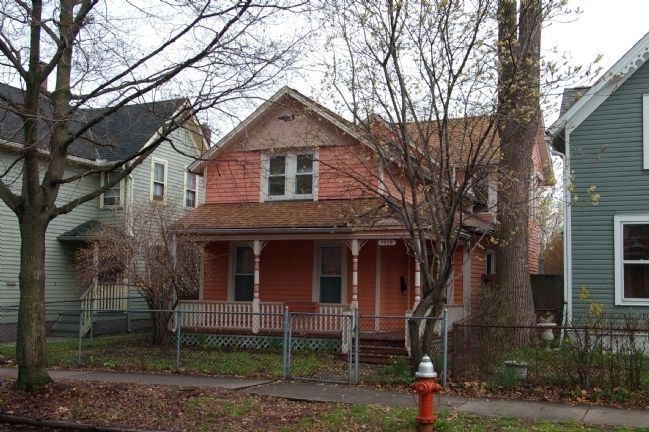 Photographed By Christopher Busta-Peck, April 14, 2009
6. John W. Heisman Birthplace
This house, at 3928 Bridge Avenue, is on land that was owned by the Heismans in 1869 at the time of John Heisman's birth. It appears that the main part of the house, closest to the camera, was likely built in the 1850s or 1860s. The lack of uniformity of roof lines with the later additions reinforces this possibility. 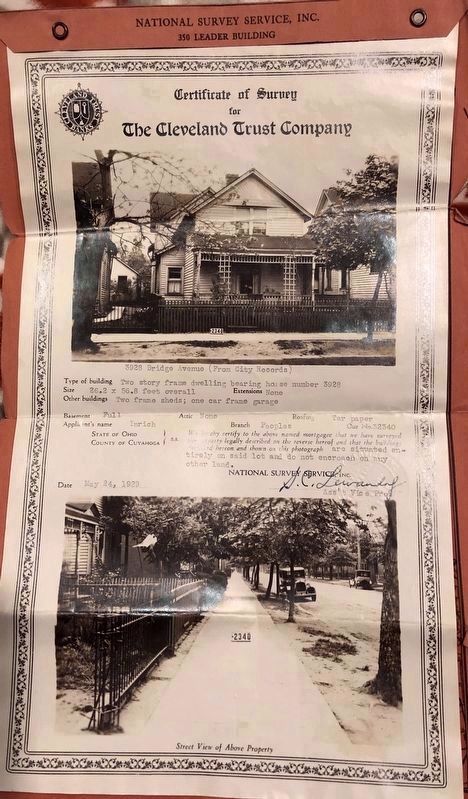