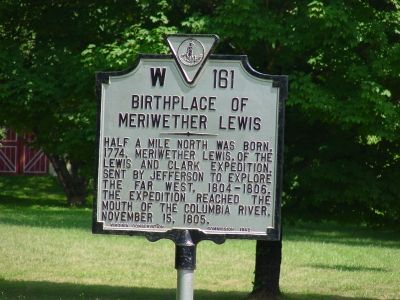 Half a mile north was born, 1774, Meriwether Lewis, of the Lewis and Clark Expedition, sent by Jefferson to explore the far west, 1804–1806. The expedition reached the mouth of the Columbia River, November 15, 1805.

Topics and series. This historical marker is listed in this topic list: Settlements & Settlers. In addition, it is included in the Lewis & Clark Expedition, and the Virginia Department of Historic Resources series lists. A significant historical date for this entry is November 15, 1805.

Other nearby markers. At least 8 other markers are within 6 miles of this marker, measured as the crow flies. Jackson's Valley Campaign (approx. 2.6 miles away); Revolutionary Soldiers Graves (approx. 4½ miles away); Union Occupation of Charlottesville (approx. 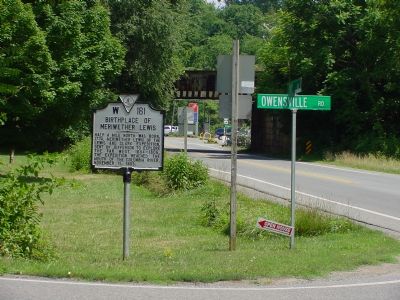 Also see . . .  A “Voyage of Discovery”: Walking in the Footsteps of Meriwether Lewis. Article by By John Mathis in Albemarle Family. (Submitted on July 21, 2007.) 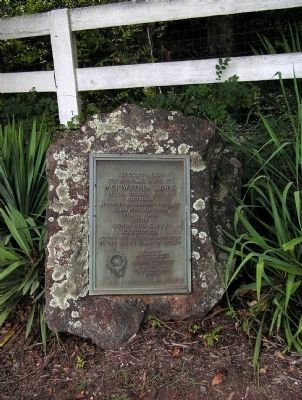