Up to Black Mountain 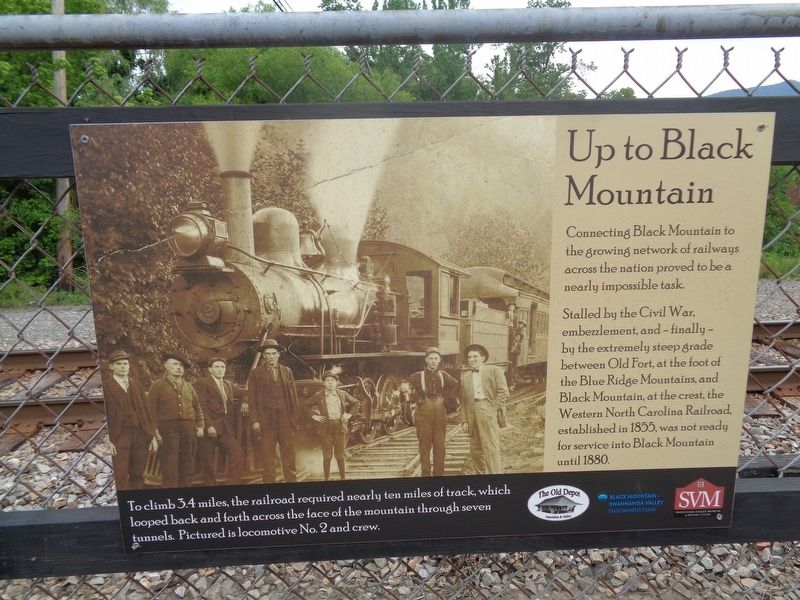 Connecting Black Mountain to the growing network of railways across the nation proved to be a nearly impossible task.

Stalled by the Civil War, embezzlement, and -finally- by the extremely steep grade between Old Fort, at the foot of the Blue Ridge Mountains, and Black Mountain, at the crest, the Western North Carolina Railroad, established in 1855, was not ready for service into Black Mountain until 1880.

To climb 3.4 miles, the railroad required nearly ten miles of track, which looped back and forth across the face of the mountain through seven tunnels.

Topics. This historical marker is listed in this topic list: Railroads & Streetcars. A significant historical year for this entry is 1855. 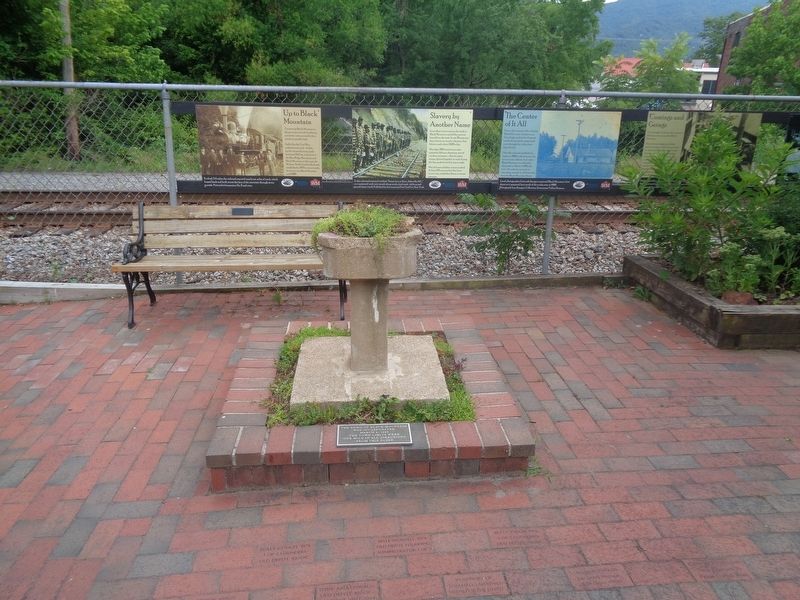 Photographed By Jason Voigt, July 7, 2021
2. Up to Black Mountain Marker

Click or scan to see
this page online
. Marker is outside the Old Depot Arts & Crafts Center. Touch for map. Marker is at or near this postal address: 207 Sutton Ave, Black Mountain NC 28711, United States of America. Touch for directions.