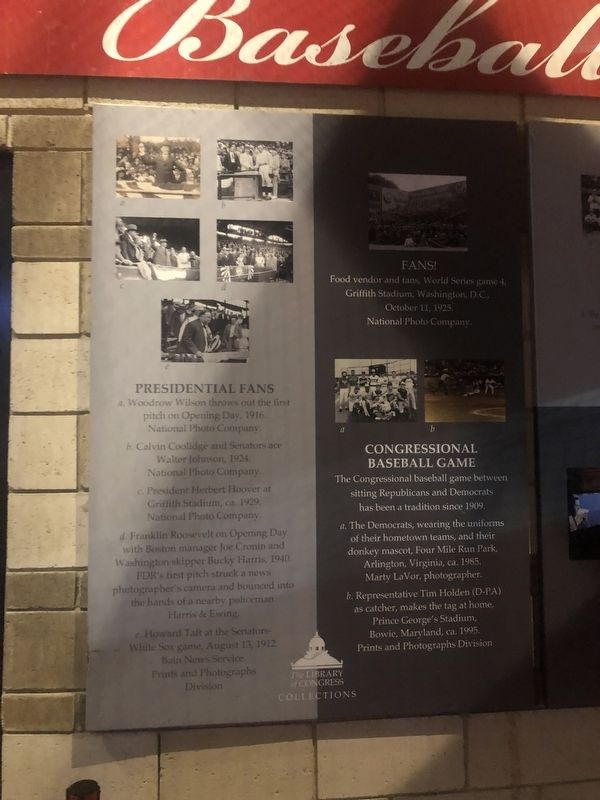 Congressional Baseball Game
The Congressional baseball game between sitting Republicans and Democrats has been a tradition since 1909.
a. The Democrats, wearing the uniforms of their hometown teams, and their donkey mascot, Four Mile Run Park, Arlington, Virginia, ca. 1985. Marty LaVor, 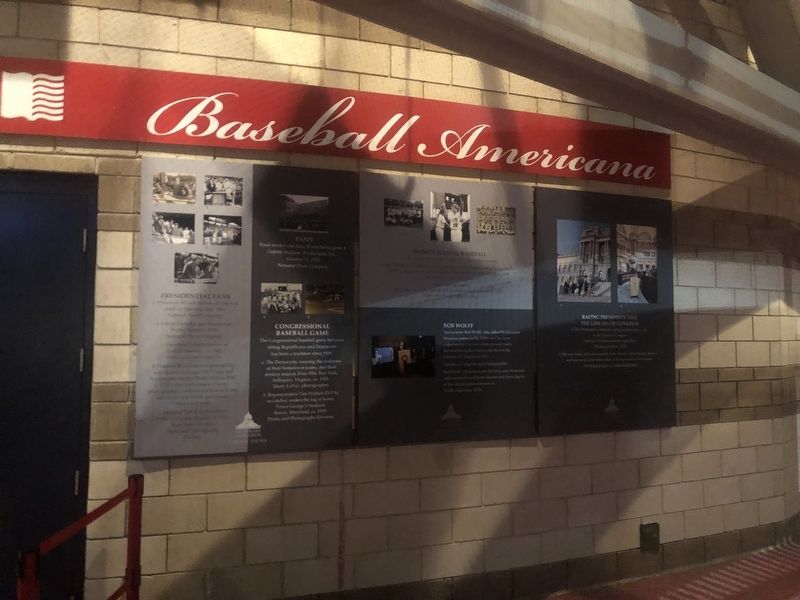 Location. 38° 52.32′ N, 77° 0.488′ W. Marker is in Southeast Washington in Washington, District of Columbia. It is in Navy Yard. Marker can be reached from the intersection of South Capitol Street Southeast and Potomac Avenue Southeast, on the right when traveling north. Touch for map. Marker is in this post office area: Washington DC 20003, United States of America. Touch for directions.

Editor’s want-list for this marker. Daylight photos of the marker and context. • Can you help?
Share this page.