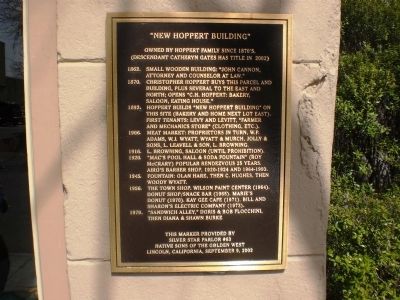 Owned by Hoppert Family since 1870's. (Descendant Cathryn Gates has title in 2002) 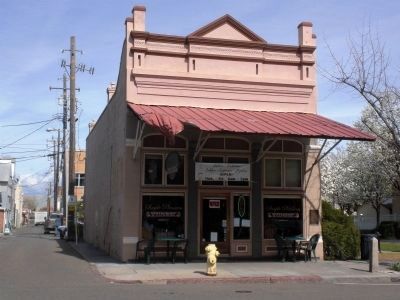 Topics and series. This historical marker is listed in this topic list: Notable Buildings. In addition, it is included in the Native Sons/Daughters of the Golden West series list. A significant historical date for this entry is September 9, 1813.

More about this marker. The marker on the southeast corner of the building - to the right of the entrance.

Regarding New Hoppert Building. The building currently houses a restaurant and catering establishment, 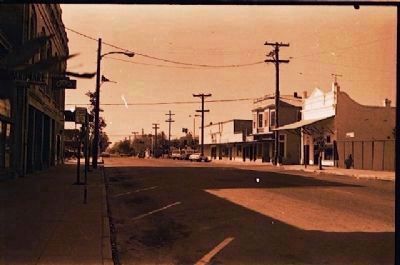